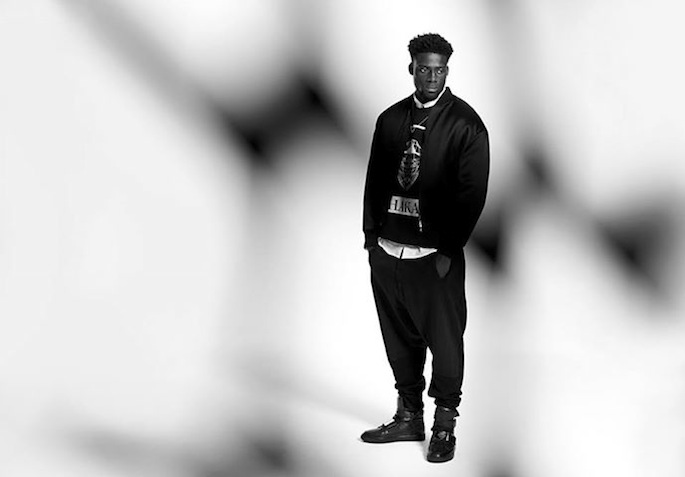 Powered by addictive, razor-sharp basslines and heart-pumping soca rhythms, the 12” set the template for what Lil Silva would come to be known: body-moving tracks that would define (and eventually outpace) UK funky.

However, with the release of his third EP, The Distance (out now on Good Years and streaming below), Lil Silva is ready to move into the next stage of his career, which he describes as “artist-producer-DJ” rather than simply “producer-DJ.” When FACT caught up with Silva as he prepared for the release of the EP and his US debut later this month, the word “artist” came up plenty as Silva described his growth as a songwriter and — for the first time on record — a singer.

Born, raised, and still based in Bedford, Silva came of age when garage and grime crews still dominated the area. “I had made music since I was 10 or 11, but I started playing it for people when I was 16 or 17,” he says. “At the time, I was making grime and garage.” While he experimented with hip-hop, Bedford was “such a grime-affiliated town” that he stuck with the homegrown style. And despite being associated with the UK funky movement, he quickly tired of the classification. “I just continued to make whatever I was making, and people characterized it into their own genre,” he says, admitting that “the whole funky thing helped massively.”

“I loved the whole [Night Slugs] sound at that time, it was just brilliant. It fit perfectly with what I was doing.”

While the UKF tag certainly helped, so did his affiliation with the then-nascent Night Slugs label. “They had been trying to get hold of me for a minute; I was not the easiest dude,” he recalls. “I was 17 when I released that first track and it was really overwhelming at 17 — I had only made two tracks.” Thankfully, both sides were able to work things out: Night Skanker EP was the label’s fourth release, right in the middle of a groundbreaking 2010 run that included early efforts by L-Vis 1990, Kingdom, Girl Unit, Mosca, and Egyptrixx. “I loved the whole [Night Slugs] sound at that time, it was just brilliant,” he says. “It fit perfectly with what I was doing.”

Further releases for Night Slugs, along with a series of white labels, cemented Lil Silva’s status as one of the UK’s finest talents — one not limited to UKF’s soca-fueled party tracks. 2011’s The Patience EP introduced a new wrinkle to Silva’s sound with the lush ‘On Your Own’, featuring singer and frequent SBTRKT collaborator Sampha. “I saw him a long time ago, performing at Notting Hill Arts Club,” he says. “My manager took me to the show; he said “you need to check this guy out.” We just clicked, and we’ve just being doing work together since.”

The most significant change on The Distance is Silva’s decision to sing, something Sampha and others pushed him to do. “When I previewed some bits [of the EP], it just shocked people, the voice I had,” he says. “I thought why not? I want to be more into the artistic side of things.” ‘No Doubt’, a duet with London newcomer Rosie Lowe, reveals Silva’s gentle, soulful voice as the element that could take someone known for banging club tracks to the next level.

“From working with these artists, I’m widening how I can make the track better.”

Silva sees the EP as the natural evolution of his sound. “It has the elements of what I’ve been doing for the past four years, but I’m just being myself — I’ve never tried to be anyone else,” he says, hoping that people will appreciate the growth. “This is what I’m making, whatever you want to call it.” Certainly, the EP is not entirely new territory: the bassline on ‘Salient Sarah’ will probably evoke memories of ‘Seasons’ and ‘Funky Flex’.

But while last year’s Club Constructions EP proved that he can still make “heavy instrumentals [and] hard bangers,” he feels that he’d be lying to himself if he limited himself to that mode. Along with artists like Flying Lotus, Theo Parrish, and Thundercat, he’s been listening to “old school” J Dilla, Timbaland and Magoo, and Neptunes music for inspiration, noting that “the old stuff is in time now.” “I listened to some stuff I made when I was 11 or 12 and I thought, damn, I could probably get away with putting this out now,” he laughs.

Granted, we probably won’t be seeing any releases from Silva’s pre-teen archives, more music is on the way. He’s been “in and out of studio sessions” with Sampha, Lowe, and Jamie Woon, along with LA pop act Banks, for whom he produced this year’s ‘Work’. “That’s the good part of the process now,” he explains. “From working with these artists, I’m widening how I can make the track better.”

Later this month, Lil Silva will make his first visit to the States since he was a kid, playing shows in Boston and New York and recording in Los Angeles. “ I think it’s all going to be exciting, to be honest. I’m looking forward to the whole thing,” he says with a laugh. “I’ll be grinning from ear to ear.” With The Distance starting a new chapter in his career, Lil Silva has plenty to smile about.