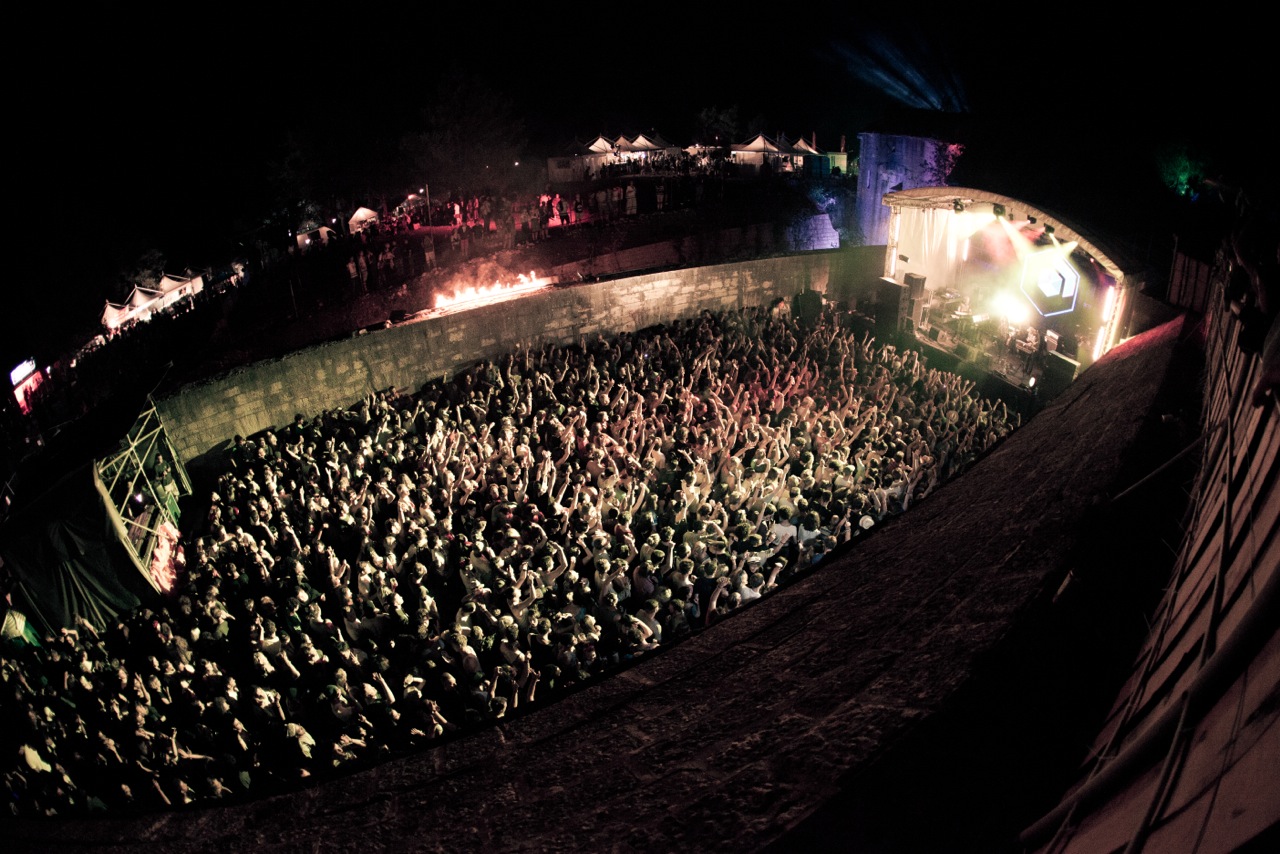 Younger sibling to Outlook Festival, which takes place the week before, it’s by no means a lesser option. Dimensions brings a carefully curated line up that spans a wide range of music from across the electronic spectrum and combines it with a choice location: Fort Punta Christo.

Ahead of the festival’s return from September 5 to 9 we’ve selected ten unmissable acts you should make time for in between dipping in the sea or catching some rays.

Lefto & Kutmah – There are good DJs, and then there are your favourite DJ’s favourite DJs. Brussels’ Lefto and London’s Kutmah (by way of Los Angeles) are among the latter category, true selectors with incredible breadth and skill that will keep you dancing, shouting and throwing your arms from start to finish.

3 Chairs – If you like your Detroit house and techno than 3 Chairs is an unmissable act. The project was established by three of Detroit’s pioneers: Theo Parrish, Kenny Dixon Jr aka Moodymann and Rick Wilhite. In recent years Marcellus Pittman and Norman Jean Bell have also joined the supergroup. The latest release under the 3 Chairs moniker dates back to 2006 but don’t let that fool you, this will likely be a set that will be talked about for years to come.

Fracture & dBridge – Following Autonomic’s short-lived existence in the late 00s and footwork’s recent gatecrashing of jungle and rave’s glorious past, there is a renewed sense of innovation and vigour in certain parts of the drum n bass world. Exit label boss dBridge – one fourth of Bad Company – and London mainstay Fracture – who runs Astrophonica and releases on Metalheadz – are sure to show you why with their sets at the festival. Tie up your dancing shoes and get busy.

King Midas Sound – Any festival you attend that features a good sound system becomes all the more enjoyable if Kevin Martin, aka The Bug, is also of the party. Dimensions this year will be no exception as Martin brings his King Midas Sound project – featuring the vocal and musical stylings of Roger Robinson and Kiki Hitomi – to the Fort. Now signed to Ninja Tune, the trio are one of the most arresting and physically stimulating live shows you can hope to see at an electronic music festival.

fLako – London-based, German-born fLako knows how to make beats. And he knows how to make bodies move to the most jagged rhythms. With releases on indie labels Project:Mooncircle and Up My Alley earning him a reputation as one of the brightest talents in the new school of hip hop production, be sure to catch him to see how Europe can hold its own against L.A with its head held high.

Hype Williams – We have to admit we’re a bit confused about this one, seeing as how Hype Williams are supposed to have split up. Regardless any live appearance by the duo tends to be a memorable moment, female bodybuilders and all. Expect to have your mind blown, you just won’t know how until you get there.

Illum Sphere & Jonny Dub – The Hoya:Hoya founding fathers and original residents are two of Manchester’s finest DJs, proud bearers of a tradition inherited from the city’s long line of quality selectors. Expect genre-defying and BPM-spanning selections that will have you begging for more.

Tony Allen – “Without Tony Allen, there would be no Afrobeat”. So said Fela Kuti. Allen was drummer and musical director for Kuti’s band from 1968 to 1979, helping to birth Afrobeat. In recent years he’s worked with Erykah Badu, Damon Albarn and Sebastien Tellier. Do you want to admit missing the live show of the guy Brian Eno has called “perhaps the greatest drummer who has ever lived”?

Model 500 – Not content with bringing 3 Chairs to the Croatian coast, Dimensions have also booked Model 500 – the alias of techno godfather Juan Atkins. Model 500’s releases on Atkins’ own Metroplex helped to define the classic Detroit techno sound, and in 2007 he joined forces with another Detroit techno legend – Underground Resistance’s Mike Banks – to form the Model 500 band, which also includes Mark Taylor and DJ Skurge. With the quartet reportedly working on a new album you can expect this rare appearance to be quite the occasion.

JETS – The dynamic duo of Jimmy Edgar and Travis Stewart have been relentlessly touring the world with their JETS live show this year, and if you missed them Dimensions is one of the last chances to catch this energetic show from two masters of modern dance music.

Tickets for Dimensions festival can still be purchased here.