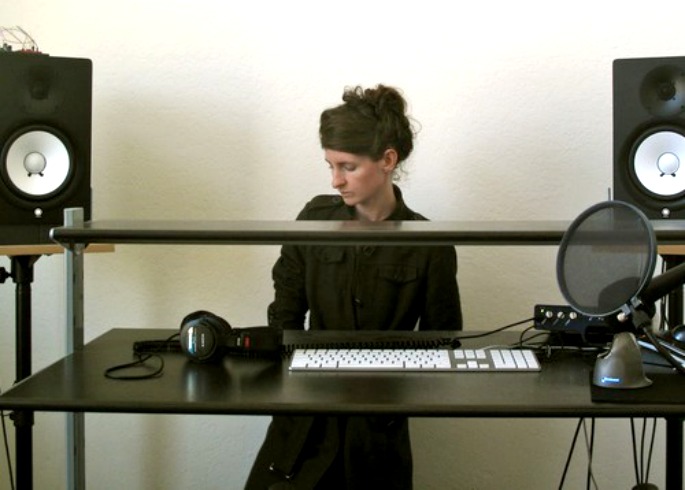 She is a film producer and sound designer, and as such her role is more that of editor than composer as she processes and stitches together bits of recordings into ghostly montages. Packed with beguiling, often-unidentifiable samples,the Katie Gately EP evokes desolated urban landscapes with a visual fidelity and attention to atmospherics that seem inseparable from Gately’s background in film.

Ahead of the EP’s release on Public Information and an all-vocal tape forthcoming on Blue Tapes, FACT spoke to her about the journey from film and sound design to music and her obsession with the world’s infinite library of sounds.

You’re arriving quite out of the blue with a really exciting record, so could you tell me a bit about your life and when you started making music?

Well, I grew up in Brooklyn. After college in Minnesota, where I got obsessed with field recording and phonography, I came back to NYC to explore sound design until about 2009 when I moved out to Los Angeles. I’m currently a graduate student in Film Production at USC in a programme that includes sound design courses.

As an undergrad I studied philosophy and focused on Philosophy of Music, particularly music and emotion. I was looking for a logical reason why abstract or wordless music moves us emotionally and why we seek out sad music. Catharsis is the initial instinct, but when you try to defend it with logic, you sound insane – because humans are insane! But that is a big part of why we’re so awesome and beautiful. So I was kind of happy I couldn’t find satisfying answers to those questions.

I never played an instrument legitimately but I always wanted to – I just kept failing miserably! I was the music director at my college radio station for four years and that was how I really studied music closely, as a fan and listener. Then around the spring of 2012, I realised that if I could mix a film, I could probably learn how to properly produce a song. Even if it was the worst song ever made, I was too in love with music to be afraid of it any more. So I took a music production class to acquaint myself the basic conventions of electronic music and mixing, and then I locked myself inside last summer, stopped working on films and just started making music compulsively. That’s been my lifestyle through the fall and into this past spring when my label found my work online.

“I love to celebrate the underdog – that’s where the field recording and phonography comes in.”

And now you have a record. How did it come together?

The songs are mostly a reflection of the past year and being a film student. I wanted a break from cause and effect, story, character and exposition; to create a world where anything I felt was permitted and didn’t need to be pitched beforehand. I just realised I needed to follow through on my own sonic fantasies and music felt like the right way to do that.

Who would you say had a bearing on the songs you wrote?

When I started diving deeper into music last summer, I was really hooked on Dr. Octagonecologyst by Dr. Octagon. It is such a beautiful example of building your own playpen, committing to how weird you are and letting that shine. That record inspires me to trust my own instincts. There’s also a composer out here in LA called Tom Recchion. When I started school, we had to make a lot of short films in a short period of time. I was so sleep-deprived all I wanted to make was demented daytime horror movies. So I did, and I wrote all of them to Recchion’s Chaotica. It offers up every sensation of what it is to be alive: the complexity, goofiness, off-kilter creepiness, some romance, mystery and a little chaos. I want to inhabit a similar headspace to these kinds of artists. There are a lot of current musicians that I admire too – my recent obsession is Miles Whittaker. His work as Miles is endlessly elegant, and I love his music as Demdike Stare with Sean Canty.

There’s also an extra-musical dimension to your work too that I imagine relates to your film producer aesthetics.

I’m often inspired to make something by walking around and listening to sounds from construction sites and all the cool machines in the world. I get very excited about taking something mundane out of its environment and making it the star of the show. I love to celebrate the underdog, for sure – that’s where the field recording and phonography side of things comes in.

Outside music, I’m mostly influenced by people and living things. Human strength, kindness and hard work. Stand-up comedians. People who are enraged by injustice and say the wrong things at the right time. People who seek truth over ego, consistency and sense. Children, particularly around the age of five years. They seem to really know what’s up. Human compassion and ferocious love. My friends, who I never see because we’re all off somewhere working like maniacs. And of course, Bizkit the Sleepwalking Dog. 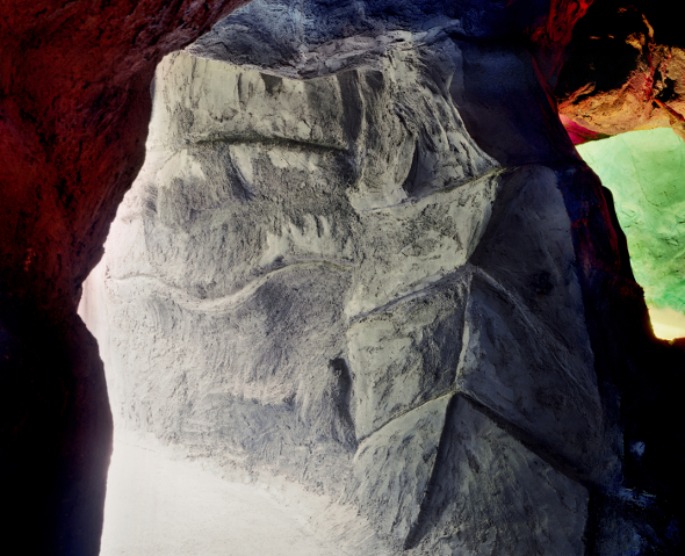 When you’re turning all of these experiences and influences into a song, where do you start?

It’s different for every track, but often I find or hear a sound and get this burst of butterflies in my stomach. It’s the best feeling in the world. Other times, I’m not so lucky and I will feel totally uninspired and just sit down and start something to stay disciplined. Most songs arrive in completely unexpected ways. It might be a mistake or putting reverb on a sound might totally change its feel and really blow me away. All I can do is experiment and then pounce when inspiration comes. I don’t run my music by other people and I mix all my own material, so in that sense it’s a bit of a feedback loop between me and my memories and experiences. This kind of approach isn’t necessarily going to make the music unique, original or remotely good; it’s just what feels right to me.

Is that kind of similar to how you treat your voice, as a sonic piece rather than linguistic medium?

I think about voice a lot, but maybe in a way that’s informed by film. In a similar way to actors, [my] music without words communicates with gesture. On ‘Stems’ I combined flawed vocal takes with perfectly tuned takes. In sound editing, the goal is usually clinical perfection and clarity, which gets a little boring. Here I want to honour the imperfections in my voice because they indicate a specific event, something happening just once, and that to me is valuable.

“Scary, mechanical worlds without windows appeal to me – but they need cracks where the sun can shine in.”

And what do you work with? Of course you use field recordings a lot and heavily process your own vocals.

I work in Ableton Live and Pro Tools, and use a lot of plugins and Max. In terms of sounds, I’ve been making field recordings for many years and own some tremendous sound libraries. Some sounds I use are totally uninspiring, but I’ll challenge myself to make a bland room tone more striking by endlessly processing and filtering. I also use a lot of impulse responses that are from unconventional spaces, like the inside of a metal can, Alcatraz or the tube of a vacuum cleaner. Sometimes I record things in the bathtub.

‘Dead Referee’ has those piercing gunshot sounds, and ‘Ice’ those rasping blips and grinds. Things like that sometimes make the record really eerie and barren.

In ‘Dead Referee’, there are actually no gunshots, but I love that you hear them. What you’re hearing is a basketball being slammed into the floor. I can no longer identify all the samples and recordings in that song. ‘Ice’ is composed out of a five-second sample of ice being shaken in a glass so it’s the same sound being stretched, chopped up and looped in a lot of directions. I really mess around with formants, pitch and timestretching. I enjoy forgetting what original sounds are, processing things into obliteration.

As a sound editor you can start to feel like a cave dweller. My existence has been either underground or inside for much of the past three years and caves fit with my headspace. There’s some melancholy in everything I do, but hopefully some humour and hope, too – scary, mechanical worlds without windows appeal to me, but they need cracks where the sun can shine in. I am drawn to abrasive, textured, abstract, horror movie sounds, but I hope to find beauty there amid the gloom.