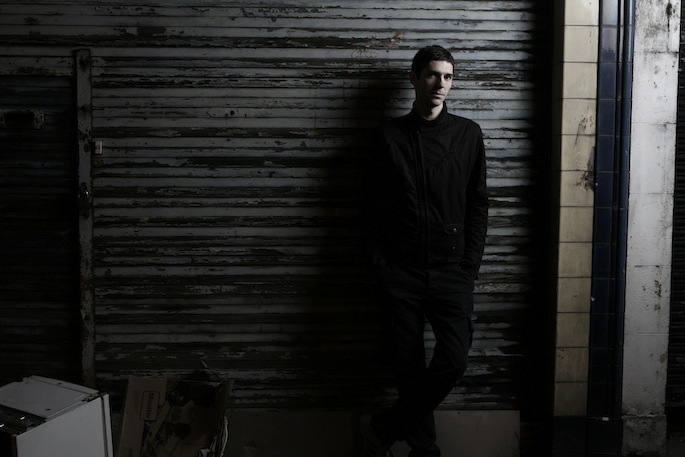 This week, a divergent group of DJs and producers (including Martyn [pictures], Beautiful Swimmers, Ron Morelli, Koen Holtkamp, and more) keeps the round-up afloat with sets that are wide-ranging, challenging, and always interesting. New York rappers both veteran (Fat Joe, Hell Rell) and nascent (The Underachievers) are included, but for the love of mixtapes, can someone give GBE and Young Scooter lessons in mastering? 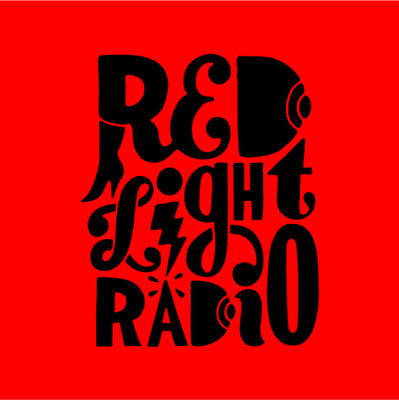 Over the weekend, Beautiful Swimmers (Andrew Field-Pickering/Maxmillion Dunbar and Ari Goldman), Ron Morelli, and Nation founder Traxx came together for a Dekmantel Festival afterparty set. Future Times (which released the Swimmers’ Son LP) and Morelli’s L.I.E.S. have spent the past few years re-defining underground dance music in the US, so getting this brain trust together for a two-hour set is certainly a treat. The Swimmers and Morelli go back to back for most of the duration, with Traxx taking over the last twenty minutes. No tracklist required — this one goes deep. 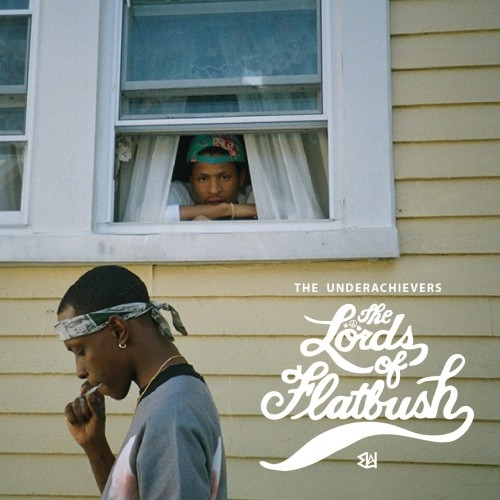 THE UNDERACHIEVERS
THE LORDS OF FLATBUSH

Brooklyn duo The Underachievers are probably best known at this point for being snatched up by Flying Lotus’s Brainfeeder imprint, and at the time that seemed like a fairly shrewd move. Their following mixtape Indigoism was a typically psychedelic, borderline conscious affair but to be honest, we kinda turned off at that point. Somewhere down the line however, the duo came into contact with 808 Mafia founder and famed trap pioneer Lex Luger, and The Lords of Flatbush was born.

This brief mixtape is vastly different from its predecessor, the rhymes taking a breather from the herb-addled dream-catching you might expect, and pushed into a vastly different place by the selection of beats. This ain’t your typical selection of NYC-stamped Pro Era-related Primo knock-offs, rather there’s a similar restrained latent energy in the productions that made Rome Fortune’s outstanding Beautiful Pimp such a delight earlier in the year.

Sadly, Issa Dash and AK’s insistent rhymes sometimes act simply as messy smudges over otherwise pristine instrumentals, and too often end up sounding way too reverential. Just like rap’s original Hamburglar himself, A$AP Rocky, before them, the duo manage to squeeze in stylistic tics from Chicago, Atlanta and Houston before the record’s done its course, and it’s hard to exactly get a lid on exactly what they’re representing. Still, despite this, tracks like the rugged opener ‘Leaving Scraps’ and the hazy ‘Fake Fans’ make it well worth a closer listen. 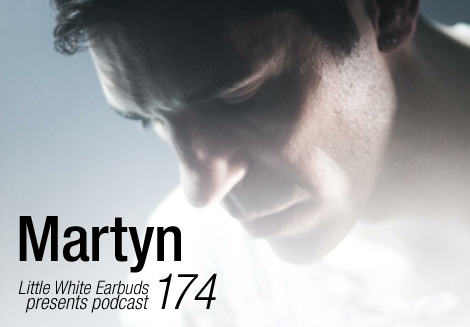 The ever-evolving 3024 label boss turns in this hour-long mix for our friends at Little White Earbuds. As expected, Martyn turns in a no-nonsense set of powerhouse tracks from the fringes of house and techno: there’s material from his own imprint (his unreleased ‘Fashion Skater’, Trevino’s ‘Gone’), L.I.E.S. (Beau Wanzer’s ‘Balls of Steel’, Florian Kupfer’s dusty ‘Feelin’), and the warehouse techno of Black Sites (aka Helena Hauff and F#X). This one is relentless, in a good way. 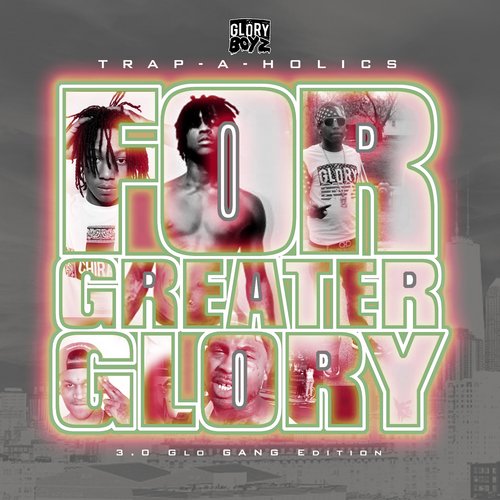 You know what you’re letting yourself in for when you download a mixtape from Chief Keef’s Glory Boyz, and let us assure you, For Greater Glory 3 does not deviate from the established norm. Capo and Ballout usher us in with ‘Glo Gang’, a track that’s been so mercilessly compressed that it makes Keef’s outstandingly lo-fi Bang Pt.2 sound like Bruce Hornsby, and while this is an extreme example, it doesn’t get much clearer throughout.

You’re not grabbing a GBE tape for its well-manicured sound quality though, and thankfully the tunes themselves have enough character to make up for it. Keef has pulled together an enviable selection of producers, from old sparring partner DJ Kenn to 1017 staples Zaytoven, 808 Mafia and Metro Boomin’, but weirdly Young Chop, producer of Keef’s breakout ‘I Don’t Like’, is oddly absent. It doesn’t seem to matter though, and Keef’s gang of rappers do a surprisingly good job of keeping it together, even if the finest moments tend to come from the secondary cast. Sure Fredo Santana (seriously, ‘Bird Talk’ – get outta here), Haitian Fresh, Boss Top and the others do a tidy enough job, but when you’re pushed up against Lil Herb, Lil Durk and Danny Brown it’s hard to come out with your pride intact. 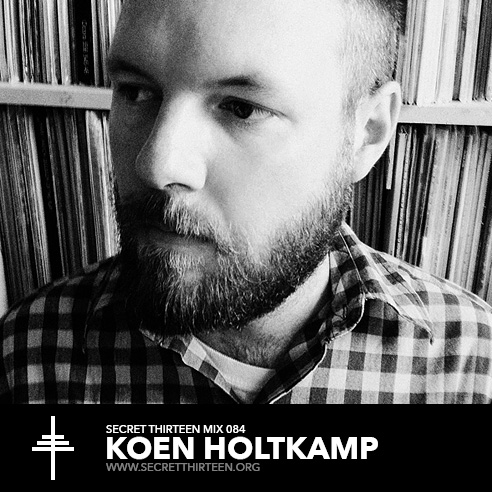 Secret Thirteen are on a roll, and after last week’s incredible selection from shadowy industrial types Demdike Stare, they continue the streak with this phenomenal collection from Brooklyn-based Mountains-man Koen Holtkamp. When he’s not slaving away and creating some of the finest drone-rich electro acoustic music around, it seems Holtkamp has been amassing quite the collection of musical oddities, and he’s not afraid to share the wealth.

This chasms-deep, involving blend pulls in six decades of experiments from a stunningly varied selection of artists. With vivid, spiritual jazz from Alice Coltrane, early cut-and-paste Krautrock from Faust, devotional drone from Popol Vuh and experimental composition from Alvin Curran it could easily descend into a too-testing hodgepodge of ideas, but with Holtkamp at the helm we are instead left with something chilling and strangely beautiful. 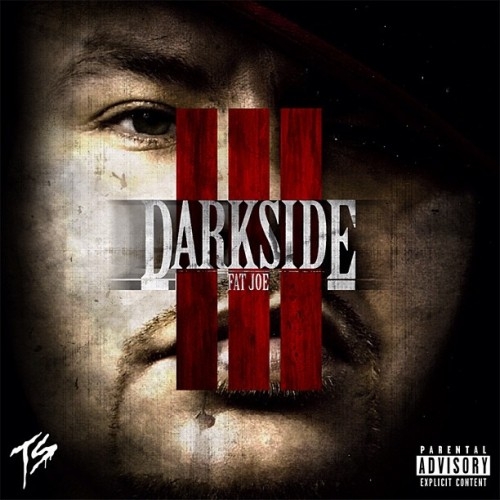 Issued as Fat Joe took himself off to jail on tax evasion charges, The Darkside 3 is a surprisingly coherent portrait of one of New York’s most consistent veterans. Sitting at the ripe old age of 43, Joe has seen rap trends flourish and flounder and yet he’s stuck to his guns. A member of the massively influential D.I.T.C. crew, Joe was responsible for pioneering a sound that would come to define his neighborhood, and it’s a sound that he still stands by.

The Darkside 3 doesn’t really offer much new in terms of content, but when you’re listening to a rapper who’s been writing rhymes since the early 90s it’s hardly surprising. What we do get is a selection of fondly-remembered jagged, sample-based beats and Joe’s unmistakable larger-than-life personality. It might be awkward to hear the rapper dropping rhymes about turkey bacon (he’s been on a notorious health spree for a while now), but at the same time he seems somewhat re-invigorated. Talking of re-invigorated old hands, it’s also nice to see DJ Premier turning in fine work on the Action Bronson-featuring ‘Your Honor’. Not only do we get to remind ourselves what an unstoppable force Premier was in the past, but it highlights Joe’s stylistic connection with Bronson, giving a nod to the new without ditching what made the past so crucial. 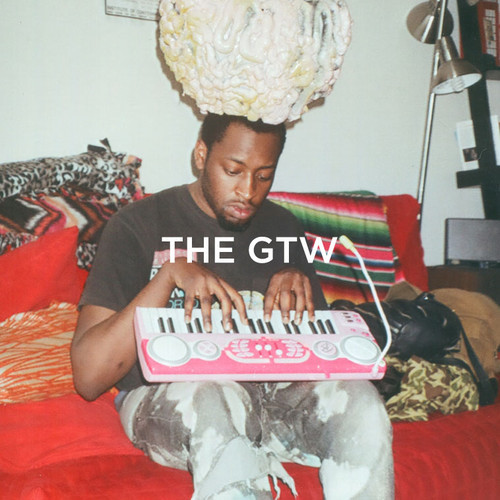 THE GTW
MIX FOR SSENSE

James “The GTW” King turns in another short-but-sweet mix of his self-described “Chigeria” sound (that would be Chicago-via-Nigeria). This one makes a stop in Atlanta, as King’s remixes of Drake’s ‘Girls Love Beyonce’ and Tink’s ‘When I’m Lit’, Ciara’s ‘Body Party’, and Corina’s cover of ‘Summertime’ bounce with So So Def-styled bass. Things take a soca-flavored twist, before closing with new Chicago rap from DJ Nate (yes, that DJ Nate) and Lil Herb. 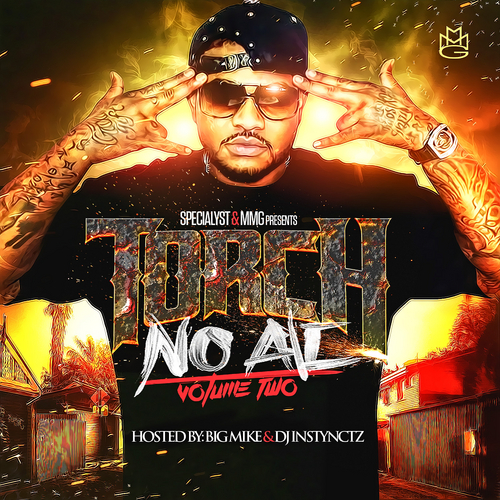 Bronx-born, Miami-raised Torch is part of MMG’s Triple C’s crew, along with Rick Ross, Gunplay, and Young Breed. He’s got a workmanlike approach to street rap, like the guy at the end of a baseball roster that does enough to keep his job. His style is somewhere between soulful, turn of the century New York rap and the Maybach/Luger trap of the past few years, which makes No AC Vol. 2 feel bipolar.

The tape opens with Bodie’s final speech in The Wire, about how street-level soldiers have all the risk but little reward: “This game is rigged, man. We like the little bitches on a chessboard.” This leads into ‘Life Ain’t Fair’, where Torch paints a picture over a Curtis Mayfield sampling beat: “Old English abusers graduated to Henney / Started with 22s graduated to semis / We graduated not many round here / Couple GEDs can be scary round here.” This type street life truth-telling is what Torch does best, like on ‘I Can’t Tell’, when he asks, “Is you down for the cause or the floss / the bitches or the paper / screaming ‘No New Friends’ / surrounded by a bunch of strangers.”

Elsewhere, it’s a mixed bag. Paint-by-numbers trap tracks like ‘Hunnit Bandz’ and ‘Rackem’ are forgettable, the latter entirely so if not for a verse by Gunplay (“that’s the way it goes down in my city center / where every nigga in county is innocent,” he raps sardonically), and the Biz Markie-nodding ‘Make The Music’ is a throwback to when all rappers needed was a drum machine and a story; I’m not sure it lands here. At eleven tracks, at least the tape is concise, and it does features the best Trap-a-holics-styled drop yet. 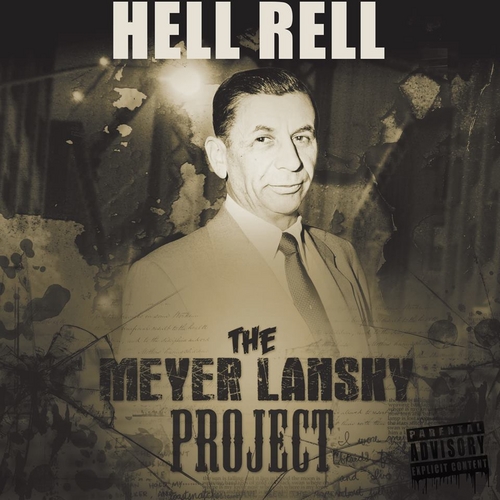 Onetime Diplomat Hell Rell returns with his Meyer Lansky Project for an eleven-track set of old-school mafioso rap. Cinematic, orchestra-stabbing opener ‘Black Mob’ finds Rell setting the stage and shouting out Lansky, Bugsy Siegel, and John Gotti over a Dipsetesque beat, but unfortunately, the majority of the tape can’t match the blustery first track. The trance synths favored by Dipset producer Araabmuzik are littered throughout The Meyer Lansky Project, but they’re usually over trap percussion that is big on menace and small on nuance. The outlier here is the Druture-produced ‘Immakulate’, which finds Rell getting melodic over a forward-leaning beat.

Lyrically, Rell balances gangsta posturing and playful sex-talk, reminiscent of what Dipset mainman Cam’ron was doing a decade ago. “Imma be fresh as hell if the Feds watching / want ’em to see me good so I’m drop-topping,” he raps on ‘Dealership, before changing his focus: “I’m at the dealership I’m going car shopping / make sure my Rollie shining cuz them broads watching (hey baby).” Elsewhere, he freestyles over A$AP Ferg’s ‘Work’ with passable results; his repurposing of Gucci’s ‘Walking Lick’ is decidedly spooky. Fans seem eager for someone to pick up the Dipset flag; with his over-reliance on standard issue beats, I’m not sure if Rell is the one for the job, no matter how tough and battle-ready his rhymes. 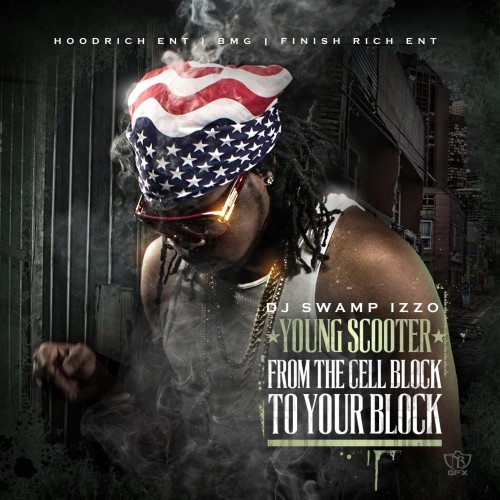 YOUNG SCOOTER
FROM THE CELL BLOCK TO YOUR BLOCK

Young Scooter’s ‘Colombia’ is without a doubt one of 2013’s most impeccable rap anthems. Urgent and direct, it manages to sum up Atlanta’s push-pull with a smirk and a diamond-crusted twinkle, and does so without resorting to tired trap stereotypes. Its parent mixtape Street Lottery is similarly one of the year’s clear standouts, so it’s sad to say that From the Cell Block to Your Block is for the most part a waste of time. The very definition of a stop-gap, the first thing you’re likely to notice is that while the record is a respectable fifty minutes in length, it only weighs in at just over thirty megabytes for the download. Why is that, you ask? Well, that’s because the bitrate is set at a gross 80kbps, a rate that even half-deaf teens with busted cell phones might balk at.

It’s not a huge worry though, because a closer look will reveal that many of these tracks have appeared before – Future featuring heavy-hitter ‘Caught Up In The Streets’ is from 2012; ‘Pass Around’ was on Scooter’s collaborative effort with Gucci Free Bricks 2, ‘Diamonds and Money’ dropped back in 2012, and so on. It’s not that the tracks aren’t worth hearing, far from it, but if you want to hear them, you can do much, much better. Surely being incarcerated hasn’t reduced Scooter to this – someone free the guy so we can make sure Street Lottery 2 doesn’t suffer a similar fate.