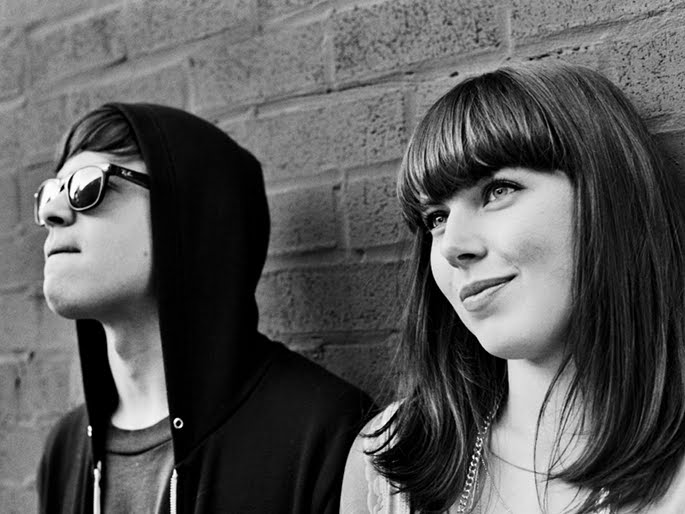 With the way individual tracks are now consumed, the idea of what constitutes a single has shifted dramatically in the last half a decade, and its for this reason that the songs reviewed across the next pages are a combination of 12″ vinyl releases, mixtape cuts, Soundcloud uploads and more. All are treated equally – well, most of the time. Among this week’s victors and victims: new business from M.I.A. and Rome Fortune, a Bat For Lashes/Jon Hopkins team-up, and material from the first Pixies EP in two decades. 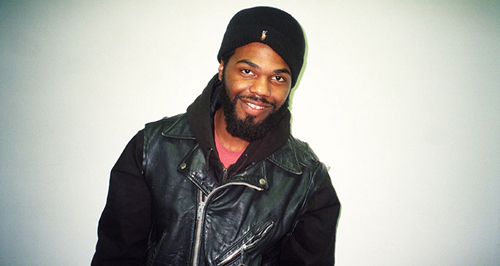 Chal Ravens: Totally inspired production. Rome Fortune wisely keeps his delivery louche and understated to give those strangled ululations plenty of breathing space, and the effect is one of high refinement. (7)

Steve Shaw: I like all the ideas in this, but it doesn’t quite fit for me. Use the same effects on a different vocal loop, then only drop it in occasionally, and this’d be perfect – so long as the voice doesn’t sound so much like Florence Welch/Robert Miles’ ‘Paths’. Other than that, what a great, cryptic banger. More excursions like this please. (7)

Brad Rose: This has to be one of my favorite beats C4 has ever done – it’d be great even as an instrumental.  But, as he has been all goddamn year, Rome Fortune is just on fire.  “Four Flats” is up there with the best of his tracks, with each verse toppling the previous.  At times on “Four Flats” his flow reminds me a bit of a Southern-tinged Mondre MAN, which is no bad thing at all.  As great as Beautiful Pimp is (and it’s one of my favorite releases this year), Rome Fortune was seemingly just getting started.  (8)

Chris Kelly: Whenever you hear “I said, I said…”, be assured that Rome Fortune is about to go in. ‘Four Flats’ is no different, finding Atlanta’s next great rapper chillingly intense. C4’s beat is a welcome surprise: it packs a wallop and the off-kilter vocal sample is a treat. (8)

John Twells: This is close to perfection – I’ve hardly made it a secret how much I’ve been digging Rome this year, but ‘Four Flats’ might be his best drop to date. C4’s production is nuts, and streets ahead of anything he or any of the other Atlanta set might be doing right now, while Rome himself is sounding more and more confident with each and every verse he lays down. If this is the sort of quality we can expect from his next mixtape, we’re going to be in for a classic. (9) 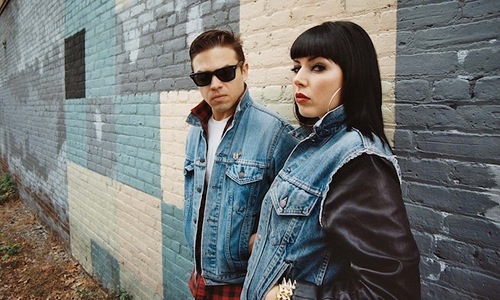 Chal Ravens: Sleigh Bells are The Ting Tings for kids who don’t do their homework, aren’t they? Their first album reeled me in but the chainsaw-pop idea has been stretched too far now – although the trance stabs stomping all over the chorus seem like a witty nod to the EDM-saturated charts. (5)

Chris Kelly: More big, dumb, in-the-red pop from these two. Will be soundtracking an action/comedy trailer or two by year’s end. (5)

Steve Shaw: How can I remove everything other than the dog barks? (0)

Brad Rose: I absolutely expect to hear this blasting during warm-ups before every one of my 11 year-old niece’s soccer games this fall.  Cool.  (4)

John Twells: Weirdly I’m not allergic to Sleigh Bells’ shtick, even though I feel as if I should be. They’re sort of like Luscious Jackson for the trap generation, if that makes any sense at all? Anyway I can handle ‘Bitter Rivals’ just fine. (6) 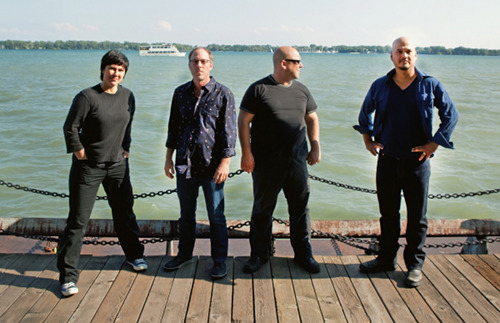 John Twells: I’m certainly not gonna Pitchfork this and drop the 1-bomb, it ain’t that bad after all and the Pixies haven’t left a flaming turd on my doorstep. As anyone who heard the band before Y2K might remember, they weren’t even flawless back in the day, and as anyone who has endured Frank Black’s output post-breakup knows, he’s hardly the most reliable songwriter ever. They’re sorely missing Kim Deal, but ‘Indy Cindy’ isn’t a train wreck, it’s just mediocre. (4)

Chris Kelly: An improvement on the slapdash ‘Bagboy’. The angsty-mellow-angsty construction is a nice inversion of the loud-quiet-loud formula, but I’m still torn on the Pixies without Kim Deal. (6)

Brad Rose: I, like a lot of people reading this site I would imagine, grew up listening to the Pixies a lot.  At the same time, reunions are rarely good things, even for a band this revered.  Smartly, for a while anyway, they stuck to just playing their old tunes aka the stuff anyone wants to hear.  That was always bound to change and now, with “Indie Cindy” (and this entire EP, really), it’s further proof that reunions are rarely good things.  This track is just dumb, paint-by-numbers whateverness.  Coming from most bands, it’d be easily ignored, but stick the name Pixies on it and it’s just a real fucking shame.  (3)

Chal Ravens The whole sorry tale of the post-reunion Pixies and their obstinate desire to piss all over their legacy reminds us that we should always be careful what we wish for. This track fits in fine with the Pixies’ drearier late period, but honestly, did we wait 20-odd years to hear Frank Black singing over a harmonica? (5) 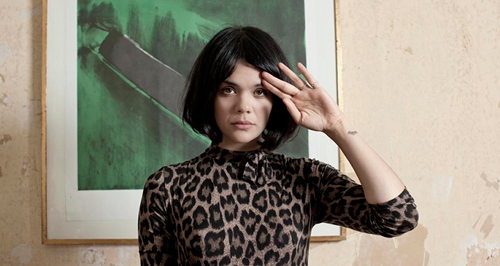 Chris Kelly: The only downside here is that it’s a one-off for a soundtrack; Khan and Hopkins have equally strong instincts for cinematic melodrama. (8)

Chal Ravens: Natasha Khan and Jon Hopkins are a critics’ choice dream team, in theory – a little bit edgy, yet so tasteful! But they’ve both played it too safe on this featherlight and inconsequential attempt at dream pop. (4)

Brad Rose: It’s been a great year for Hopkins and this is just icing.  Khan’s enchanting voice is the perfect foil for Hopkins’ minimal production.  It’s an inspired pairing and even if it the tune isn’t mindblowing, there’s something about it that keeps me coming back to play it again (might be because Natasha Khan could sing just about anything and it’d be worth hearing at least twice). (6)

John Twells: Here’s an appropriate pairing, and Natasha Khan sounds right at home cooing over Hopkins’ dream-pop cinematics. It’s all very glossy, which I suppose is the point, but I wish there was bit more, I dunno, danger? I’m sure it’ll be on an advert or a movie at some point. Coffee tables at the ready kids. (6) 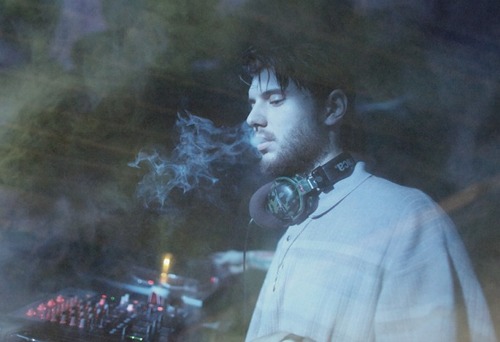 John Twells: Absolutely love this, from the wonky tape tricks to the incessant straight-to-vhs beatbox chatter. The background noise is treated like another instrument altogether, and I’m well on board with that too, as you might imagine. The mid-track switchup is just inspired – I will be playing this on repeat for a while. (8)

Brad Rose: Software, as a label, has been pretty underwhelming but digging into the stellar Opal Tapes catalog and signing Huerco S. is certainly a positive step. His Opal stuff been some of that label’s best work (really saying something considering how great, in general, Opal’s output has been) and if “Prinzif” is any indication, he’s pushing his sound to new heights on Colonial Patterns.  This tune is suitably woozy and washed-out, combining disparate elements in interesting ways that so many artists try and fail at.  The slow build-up just makes the beat dropping in even more affecting.  Well done all-around. (8)

Chal Ravens: Very post-Actress, this – Huerco S. is the latest in a line of resurrectionists breathing new life into warped and decaying techno loops, and though that concept seems all-too-familiar now, this track suggests there’s plenty of life in the afterlife yet. The final two minutes are just delicious. (8)

Steve Shaw: I love this. Starts like a ‘Happy Cycling’-era Boards of Canada scoring an American Civil War documentary, then zips forwards to some weird, colonial, historic future. Brilliantly odd. (9) 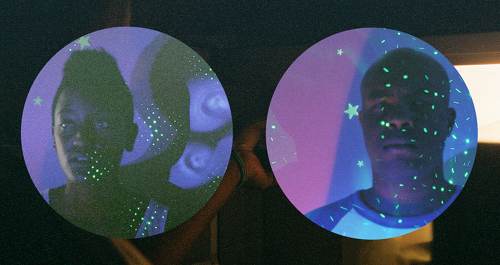 Steve Shaw: More endearing noodling from the duo. They’ve gained more prowess at jamming in multi-stage tracks without saturating the whole with psych-production, and I think that’s a good thing, a bit more mature. Does admittedly sound like a warm up at the beginning of band practice, mind, but this is still quite lovely. (7)

Chris Kelly: Syd the Kid and Matt Martian make fine partners in crime, but they can do better than cribbing from idols like The Roots and Erykah Badu. (6)

John Twells: Don’t get me wrong; I love a bit of neo soul. Erykah Badu can (almost) do no wrong, and my Jill Scott records are still treasured collection staples, but this just feels a bit, I dunno, noodly and directionless? I mean, I get it, but there’s a reason why people are buying Madlib records and not the crap anonymous psych snoozers he snatches his samples from. (4) 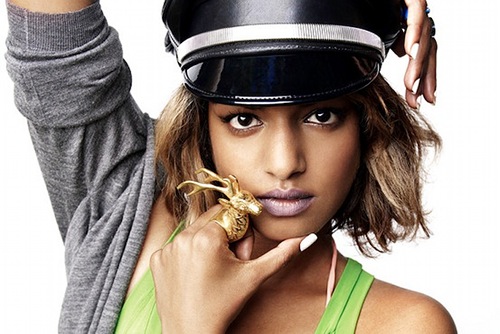 Brad Rose: Someone could have told me that the last 2/3 of this track was a thrown-out Diplo production from 2008 that MIA found on a hard drive and I wouldn’t have batted an eye.  And goddamn, those lyrics?  Ugh.  (4)

John Twells: Is this real? Does she think we’re cunts? This sounds like ‘Hey Mickey’ reworked by one of the well-trained torturers from Guantanamo Bay to provide maximum aural assault. I feel violated. (2)

Chris Kelly: MIA has always been a curator, and here she adorns a melody reminiscent of the Yeah Yeah Yeahs with touches of bubblegum pop, Eastern-tinged club beats, and the odd sound effect (the Mac volume alert?). It’s an improvement over MAYA, but that’s not saying much. (4)

Chal Ravens: This is an absolute dog’s breakfast, but I’m quite enamoured with the Spector-esque intro and the ridiculous “Power! Power!” ending – only M.I.A. could hope to pull this off and I think she just about manages. (6)

Steve Shaw: I’m going to be objective here and say that this is a well written, Beach Boys-like pop song, produced according to brand guidelines in a manner that works perfectly for its intended audience. That it makes part of me die inside is something else that I won’t trouble you with here. (5)