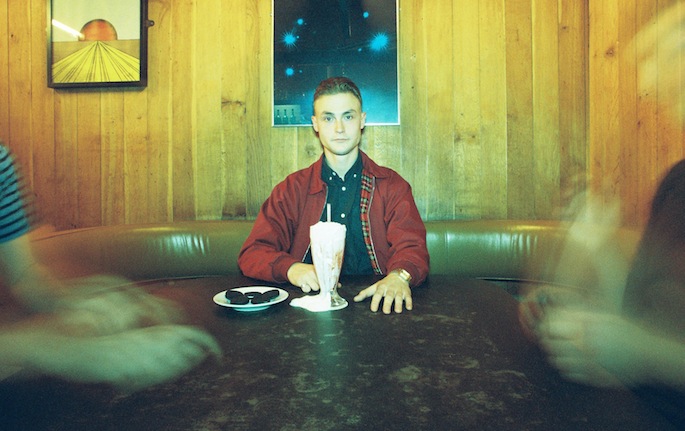 The lone UK representative on Flying Lotus’ Brainfeeder imprint, Stuart “Lapalux” Howard has put himself at the head of the class of beatmakers who are obsessed with romance as much as texture.

In March, Lapalux released his debut full-length, Nostalchic, an album that FACT’s Lauren Martin described as “one of the finer examples of how the recent house-meets-r’n’b explosion can be executed with subtlety and finesse.” Now, the Essex-raised, East London-based artist is in the midst of a month-long tour of North America.

We caught up with the one-time FACT mixer before his gig at DC’s U Street Music Hall, and even though he was operating on only a few hours sleep after a tour stop in Miami, the young producer had plenty to say about his musical background, his technical approach, and how he connected with Brainfeeder. Plus, check out the new short film Chrysalis, featuring new music by Lapalux, below. [Ed. note: the following has been edited and condensed]

What was the process behind Nostalchic?

Subconsciously, I was putting something together for a while, but I didn’t know what it was going to be really. I had a bunch of tracks that I really wanted to put out for the last year and a half but I didn’t think they sat together well enough for an EP, so I decided to go back to things and work on some new bits and pieces to make it cohesive enough to be an album.

Obviously, there’s the play-on-words in the title. Do you consider the album nostalgic?

It’s nostalgic for me because it really sums up completely who I am and the techniques I’ve been using since I was a kid playing with cassette tapes. I remember my parents got me a My First Sony; it was loaded with animal noises, and I would muck about with the tape and see how it worked. I think the album is lo-fi but polished: it’s on the progressive side of things, with R&B flexes and a bunch of different techniques.

“When you learn to play an instrument, some of its mystery is lost.”

When you say techniques, what do you mean?

I tend to buy a lot of gear and use it for specific tracks, and then it’ll be lying around until I sell it to buy something new. I’ve had reel-to-reels, old tape recorders, and synths over the last few years, and it’s allowed me to build up a sample bank. My new favorite is this WEM Copicat 1970s tape delay. It’s this massive box and I’ve been running synths and vocals through it.

Musically, there’s no one about, and no real scene. It’s only about a half hour away, but I never ventured into London. Growing up, my friends and I would push each other to listen to music: old techno, Aphex Twin, Prefuse 73. I was also massively obsessed with 90s hip-hop: Souls of Mischief, Onyx, Wu-Tang, DMX, stuff like that.

How’d you get into making music?

I started out playing violin but I ditched that. Then I picked up guitar, acoustic and electric, but I never really felt like learning an instrument. When you learn to play an instrument, some of its mystery is lost. I have friends that can play a piece of music perfectly, but then they’re not able to improv as much.

I had this crappy old MP3 player with a microphone attached, and I would make field recordings, or record these detuned pianos we had at school. I’d also overdub layers and layers of acoustic guitar, chopping bits up on Qbase. That’s when I realized you could make beats from anything.

How did you connect with Brainfeeder?

Back around 2008 or 2009, I signed with Pictures Music, but I was looking for a new home. I had been making tracks everyday, in between really crappy telephone jobs. I reached out to Flying Lotus, who — surprisingly — emailed me back about a week later; we discussed some things and I signed with Brainfeeder. There’s a lot of difference between what everyone makes on the label; everyone has their own sound. But we all fit under the same umbrella — I wouldn’t even know what to call it — but we’re all searching out for our own ways to interpret the same ideas.

Back in the day, when I started making music, I used to search out labels I really liked and contact them. I used to send CDs to Warp; I recently listened back to one, it was such shit music! And that’s got my name on it, somewhere in the Warp offices.

“I used to send CDs to Warp; I recently listened back to one, it was such shit music!”

It’s tricky for me to listen to an album; I don’t listen to full length albums most of the time. I need to be in a certain mood and I usually listen to 2 or 3 songs repeatedly until I hate them. I guess it fits in with how I grew up: I went out of my way to find new stuff, instead of like a kid growing up in London who maybe falls into a scene. That’s where it comes from. I always had to go out of my way to find things that I liked. What I listen to is different from the music I make, stuff like DJ Screw and Aoki Takamasa.

I’m definitely focused on another album, and I have a fair amount of tracks. I’m experimenting with new styles and techniques; I’ve been listening to a lot of minimal house, guys like Farben. It’s glitchy and granular but sequential, and I’ve been adding that to my music. My new material is deeper, darker, almost Burialesque kind of stuff.

Are you able to write or record much on the road?

I haven’t even had time to sit down and look at my hard drive. I’ve been doing little bits and pieces, but mostly working on the night’s set. I’ve come up with a few things but nothing I’m really happy with. I like to work the whole day and get into the right mood. Right now, I’m not sleeping, and that helps me get inspired, but then I’m too tired to do anything! 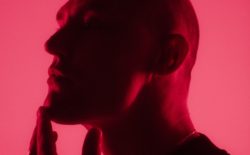