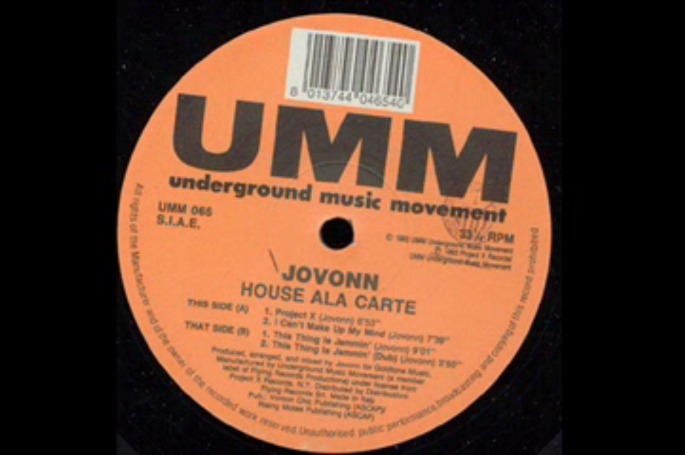 This thing is jammin’.

Originally released on Project X Records in 1992, Jovonn’s four-track 12″ House Ala Carte has since become something of a collector’s item for aficionados of New Jersey club classics, with copies trading hands for three figure sums.

Now Clone Classic Cuts, a sublabel of Rotterdam’s Clone Records, has announced the reissue of House Ala Carte featuring all four original tracks – hear the lurve-croon of ‘I Can’t Make Up My Mind’ and the self-explanatory ‘This Thing Is Jammin’ below. [via RA]

House Ala Carte will arrive on Clone Classic Cuts on 1 October. Last year Clone Records boss Serge looked back on two decades of the label and told FACT why selling records isn’t so different to selling potatoes.