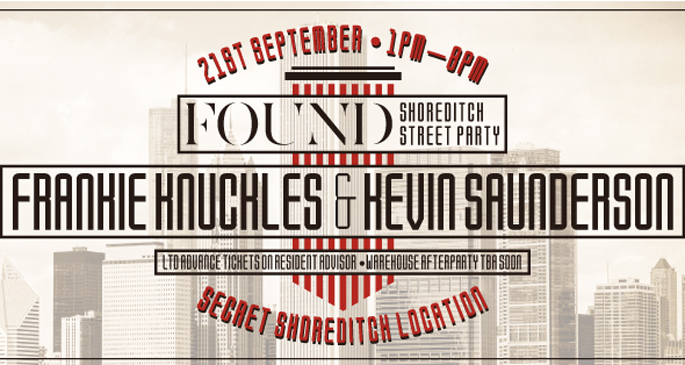 FOUND‘s Shoreditch Street Party is shaping up to be an essential September party. Where else can you catch two of U.S. dance music’s most important figures in the same place in one afternoon?

Until now however the location of the party has been kept a tightly guarded secret, and we can finally reveal that it will be taking place on Shoreditch’s Wilson Street.

When things start to come to an end (at a rather early 8pm), and you find yourself desperate to keep on partying, don’t worry – FOUND have thought of everything, and have a special warehouse after party planned with music from Dyed Soundorom, South London Ordnance and plenty more. The venue for this party has also now been revealed, and it’s going to be at Factory 7 on Hearn Street.

If you haven’t managed to grab tickets yet, make sure you head here.