A Music Lover’s Guide to Amsterdam

Tom Trago hosts the first in a new series of city profiles on FACT TV – video guides to a city’s best record stores, restaurants, shops and hidden gems. Naturally, he showed us around Amsterdam.

Holland has a rich musical history, from the Hague’s underground electro scene to Rotterdam’s bastard gabber, and Amsterdam is right at the heart of that – as evidenced by the fact that every October, thousands of musicians, promoters, journalists and more descend on it for Amsterdam Dance Event (ADE). With over 300 events spread over five days in the city, ADE offers an unparalleled combination of presentations, screenings, events and more, and it was at this year’s event that we took a reliable guide from the city – the Rush Hour-associated Trago is one of Amsterdam’s most renowned electronic musicians and DJs – to show us the city from a musician’s perspective.

This is FACT TV’s guide to Amsterdam, hosted by someone who knows better than most. You can watch the video above, and find more information on Trago’s picks below. Trago’s superb new album, The Light Fantastic, is out now on Rush Hour.

“This was a place where we could all feel at home. It fit 300 people, so it’s quite a small venue – it has the feeling of a jazz club.”

“I think this still has the best weed in Amsterdam. I like it a lot. The Moroccan shops mostly have better hashish than other coffee shops, but there are a lot of tourist traps.” 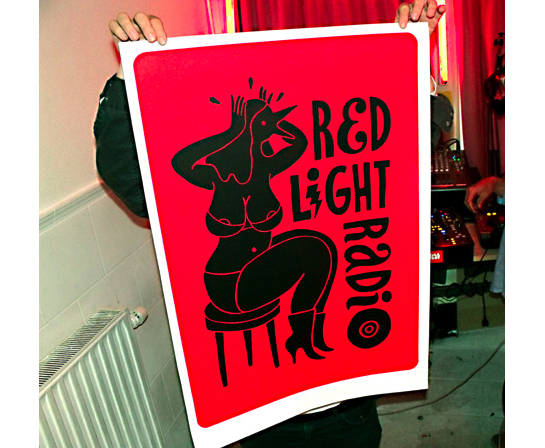 “The first house record I ever bought was at this shop. After that I kept returning, and the rest is history.”

“There’s not been a real big tradition in underground radio in Holland, if you compare it to England. I guess for the music scene it was really good to have a station like this.”

“A real nice place – for Thai I’d recommend it the most in Amsterdam. They make it in front of you, and serve it real fast.”

Special thanks to Tom Trago, Christiaan Macdonald and Clare Dover.