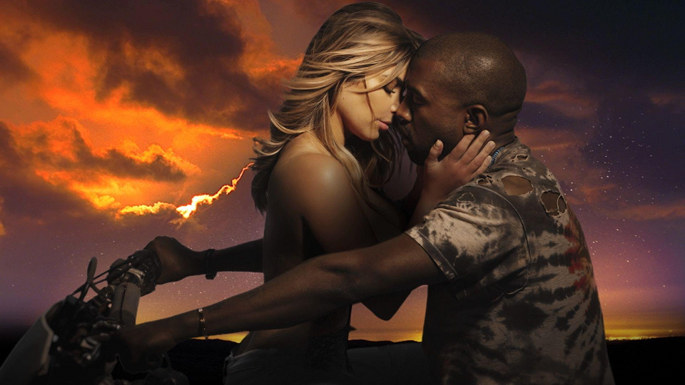 With the way individual tracks are now consumed, the idea of what constitutes a single has shifted dramatically in the last half a decade, and its for this reason that the songs reviewed across the next pages are a combination of 12″ vinyl releases, mixtape cuts, Soundcloud uploads and more. All are treated equally – well, most of the time. On the chopping block this week: Murlo, Fat Trel, Evian Christ and, naturally, ‘Bound 2’. 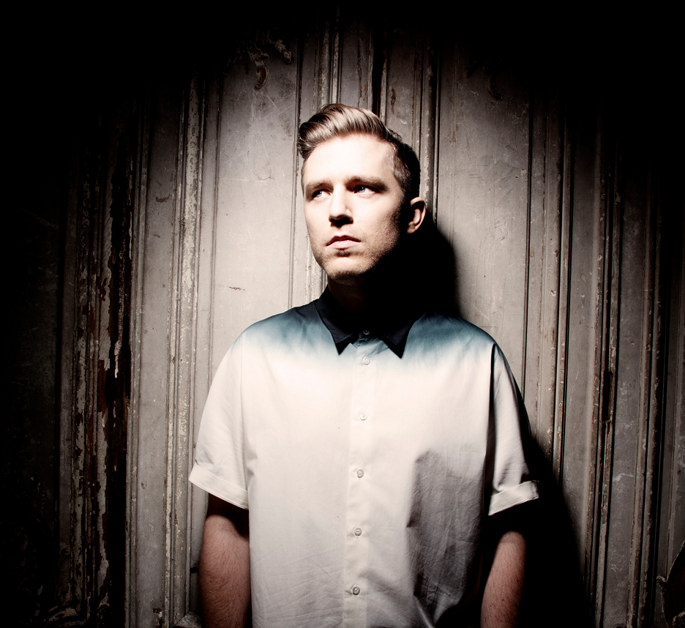 Tom Lea: Love Paul Woolford, but I haven’t found myself going back to the Special Request album – for me, it’s best when there’s plenty of light complimenting / contrasting all those darkside basslines and drum breaks, and after six or seven tracks I found myself really craving a piano riff or sun-bursting-through-the-clouds synth line. Basically, I wanted more stuff that sounded like this. (8)

John Twells: I’m in two minds about this; on one hand I’m very much of the opinion that I already own enough Omni Trio and 4 Hero records, on the other hand though, Woolford’s pastiche is way better than most. It’s more satisfying than anything on Soul Music, that’s for damn sure – more piano! (7)

William Skar: Piano hardcore, competently done – so a winner by default, then. Hearing some ominous Bonobo vibes in the chorus, and it’s all a bit too spick’n’span, but we’re prising hairs from hairs here. (7)

Chris Kelly: We all wish we could turn back time. This pulls it off, and puts that vocal to much better use than the original. (6)

Chal Ravens: A surgically assembled Frankenstein of dance tropes that belong elsewhere, from the clipped piano chords to the superficially grubby breaks. This moves me not. (4) 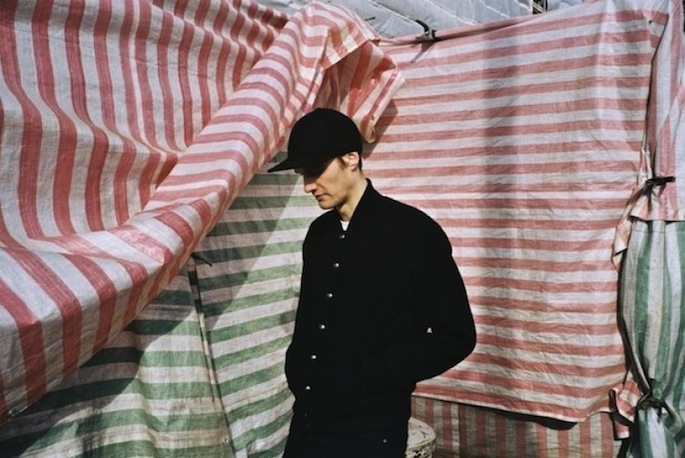 Chal Ravens: All I want for Christmas is a Pixar movie soundtracked by the New Wave of Instrumental Grime™. (7)

William Skar: Call it wino-grime – squidgy instrumental 2-step with a punch-drunk-feel. Slight as a Rizla, but there’s a daintiness here that’s really rather lovely. (7)

John Twells: This is unexpected – it’s still grime but there’s something refreshingly luxurious and warm-hearted about ‘Last Dance’. It’s sort of like ‘Moments in Love’ for the iPhone generation, with all pink star stickers and dangly iPhone charms you’d hope that would entail. Lovely. (8)

Tom Lea: I really like Murlo for a lot of reasons, but I think the main thing is that he’s clearly just such a bloody aesthete. His tracks work in clubs – especially ‘Ariel’ and that ridiculous remix of JT the Goon – but you get the impression that he’s a real aesthetics over everything man, from tracks like ‘Last Dance’, the sound of ornamental vines snaking round marble pillars, to the Bugs Bunny tracksuits that he posts on Instagram. Basically, he makes grime to be fed grapes too, which is all I ever asked. (8)

Chris Kelly: Since turning his focus to instrumental grime, Murlo has been on a tear. ‘Last Dance’, with its crystalline arpeggios, synth string section, and icy groove, does the Glacial Sound name proud (a label that is 2-for-2 and bears watching). (7) 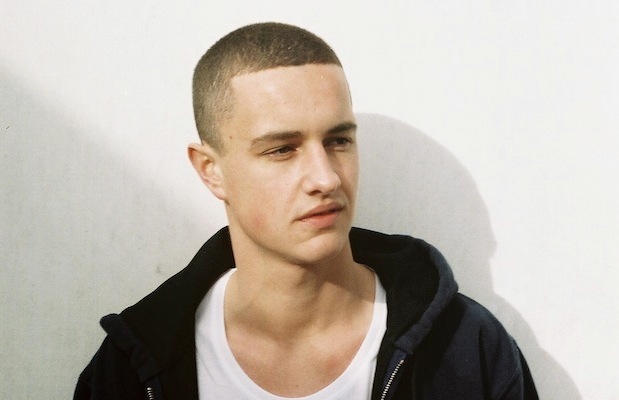 Chris Kelly: I really enjoyed pre-Yeezus, chopped-and-screwed Evian Christ, but TNGHT-styled hip-hop maximalism serves him well. Massive but just as eerily off-kilter as Kings and Them thanks to screeches that sound like he’s fast-forwarding a slasher flick. (8)

John Twells: If ‘Salt Carousel’ isn’t a euphemism it should be, right? That being said, Evian Christ has done a bang up job on this, and sounds as if he’s been spruced up considerably post-Kanye. While the whole post-TNGHT vivid neon trap thing is hardly new at this point, there’s still something unmistakable about Evian Christ – the ghost of witch house is still with us kids. Just dream. (7)

Chal Ravens: A towering edifice of high-contrast swoops and whomphs, ‘Salt Carousel’ (best title of the week) is nothing if not impressive – in the way a gleaming skyscraper populated by sweaty-palmed Patrick Batemans is impressive. An emotionless bauble. (5)

William Skar: I’ve never been an Evian Christ disciple, and, true to form, ‘Salt Carousel’ isn’t going to have me RSVPing for the Last Supper any time soon. As much as I like those graffiti-scrawl vocals, something about this just doesn’t ring true – it’s all too anaemic and strait-laced – but I could imagine it doing the business at full Funktion One pelt. Corking track name, though. (5)

Tom Lea: I’ve found myself going back to Kings and Them a fair bit lately, and this is very much cut from the same cloth – though with the lack of reverb on everything it also feels pretty post-Yeezus, which makes sense for obvious reasons. I’m in(to) it. (7)

Tom Lea: Trel! So good. I’m still not 100% if he says ‘hit her’ or ‘eat her’, but we all know Trel’s king of the latter. Terrifying to think that this beat could have gone to Stalley. (7)

John Twells: Oh Fat Trel, how the mighty have fallen. This track is sort of fine, I suppose, but begs the question “why?” It’s dripping with Rozay money, and is quickly sunk by a beat straight out of the gold-plated MMG lookbook. Quite why we’d want to see Trel remodeled as a mini-Ricky is beyond me. Stick to ‘Niggas Dying’. (4)

William Skar: MMG know how to do a victory lap fist-pumper – see last year’s still amazing ‘Power Circle’ – and this is similarly exuberant stuff. Fat Trel’s trading more on weirdness than chops at this stage, but if he blunders on in this vein he might end up circumventing Stalley Hell after all. Extra points for the disjunction between the life-is-beautiful beat and all the “cold-blooded killer” cant. (7) 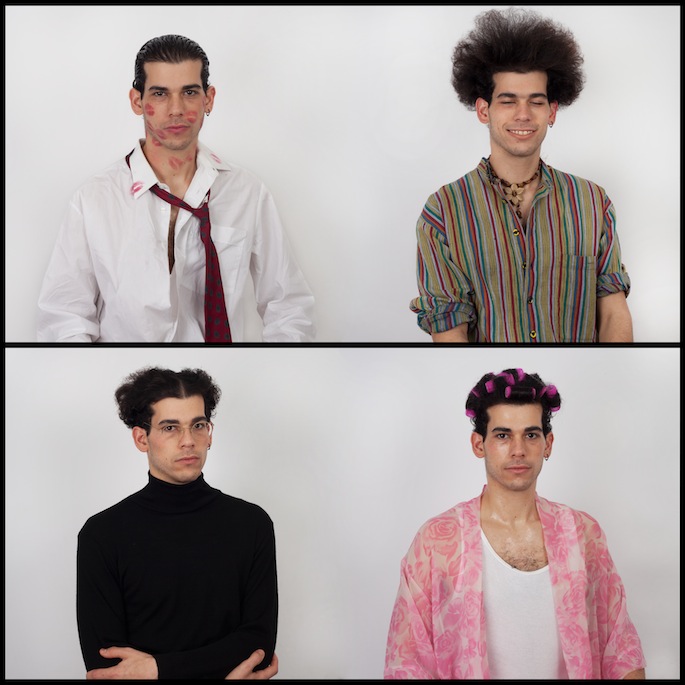 Chris Kelly: Even if Physical Therapy’s high concept gimmicks aren’t your bag, you have to admire the effort and follow-through. This one’s a big dumb masher that should cure any seasonal affective disorder. (5)

Chal Ravens: Many pleasing elements woven into this – after the sprightly start, the arrival of garden shed percussion and freaked out ghostly vocals totally undermines the happy-clappy vibe, leaving you in much more ambiguous territory. Pale and interesting. (6)

Tom Lea: I like Physical Therapy – his edit of Alicia Keys’ ‘Unthinkable’ still murders me every time – but something doesn’t quite work here. Maybe it’s the 808s? The stuttered snares on the track’s second half are wicked though. (6)

Here it is again.

William Skar: I can’t fathom this (9)

Tom Lea: The world’s fucked beyond repair, but the fact that Kanye and Kim embrace each others’ inherent ridiculousness to the point where they’ve mutually agreed on this video as a good idea should give everybody hope. Best album of the year, and ‘Bound 2’ ensures that we’ll still be getting mileage out of it come Christmas. (9)

Laurent Fintoni: I was the first to ridicule and lol at this video. And then I read this. And frankly I kinda buy that reading of it all. Problem is, if Kanye really is being subversive, trying to change middle America and all the inbreds from the inside, we probably won’t see the results for a while. And so in the meantime people will continue to write him off. In the past few days though I’ve really changed my opinion of the whole debacle… I even kinda like the song now. (10)

John Twells: Like everyone else, my first reaction to this was “fuck off.” I now, however, find myself warmed inside every time I catch a glimpse of it on the telly. There’s no way it’s not intentionally bombastic – Kanye knows what he’s doing and is very well aware that images of him manhandling Kim on a motorbike while wearing tie-dye is going to raise (white) eyebrows. It’s like watching a dirty great boot stomp through ’90s MTV excess – what’s not to love? (8)

Chal Ravens: After the laughter, the bewilderment and the sneering derision, I’ve now concluded that as conceptually weak and visually grotesque this video is, its real shock value actually derives from Kimye’s inexplicable love/lust for each other, which is so unpalatably flagrant that it’s actually the most radical artistic gesture he’s made all year. I thought the explicit version would have some nipple, though. (8)

Chris Kelly: Maura Johnston’s snark on this cannot be beaten (“the bound 2 video is like what would happen if a trapper keeper directed a rework of mj’s you are not alone clip”), but I like this video more and more, especially when people bring up the low production value, as if that wasn’t a creative choice. It’s a campy karaoke bar / Sears Christmas card tribute to Kanye’s finest moment of self-actualization. (9)