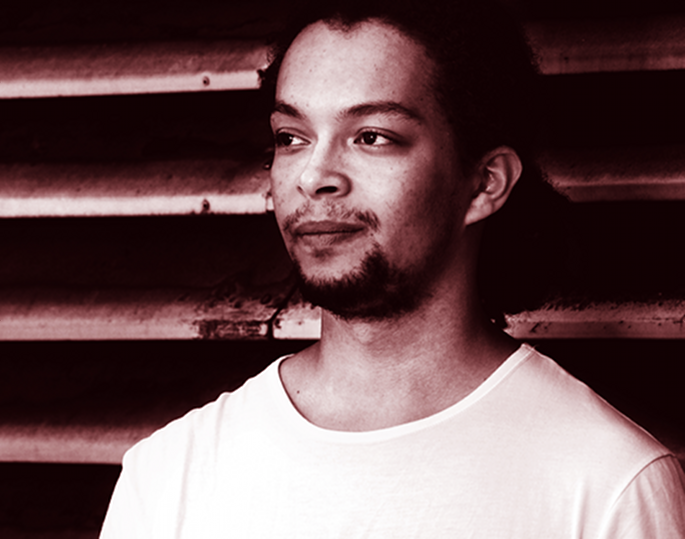 These days, with house and techno dominating virtually every sector of British dance music, aspiring producers don’t tend to seem overly concerned with the notion of a “UK identity”.

Where, just a few years ago, young hopefuls could rally beneath dubstep’s sombre banner, in 2013 (grime notwithstanding) they are more likely to look to Berlin, Detroit or Chicago for cues.

Not Omar McCutcheon. Don’t get me wrong, this young producer, known to most as Batu, is by no means isolationist: a mix to celebrate his debut release on Pinch’s Cold imprint featured techno from the likes of STL alongside his own productions. But his commitment to British dance music heritage, particularly jungle, grime and dubstep, has been central to his success. First it was Pinch who showed his support; more recently it’s Peverelist, purveyor of unmistakeably British dread-techno as one third of Livity Sound.

Granted, geography plays a part too. McCutcheon is currently studying music production at Bath Spa University (past alumni include Appleblim, Addison Groove and Livity member Asusu) and maintains strong ties with Bristol. And though he was raised near Oxford, there’s something distinctly Bristolian about his dubwise, broken-beat take on techno. On the eve of the release of his second single, for Livity sublabel Dnuos Ytivil, FACT’s Angus Finlayson caught up with McCutcheon to discuss the prevailing important of UK music and balancing heritage and innovation.

“Source Direct, or early Loefah, or early grime, any of that…it fits within a continuum.”

It’s fairly quiet. But obviously you’ve got Bristol close by. I’ve got mates there who are doing music and are on similar vibes to me, and you can see a lot of good music there. But at the same time, I quite like not being right in the centre of things. You can do your own thing and be a bit separate from what’s going on. I haven’t been going out that much particularly.

The course you’re on, you were saying loads of other people have passed through it.

Yeah it’s got some quite famous graduates. Appleblim and Gatekeeper, Headhunter – Addison Groove – and more recently Asusu. Lurka as well.

Did you choose the course because you knew those people had done it?

Well, I’ve known Lurka for a while. I heard his tunes on Dubstepforum way back and really liked the production. I was talking to him on AIM and he said, ‘This course is really good’. I think a lot of music technology courses are quite scientific about it. Whereas our course is built for people who want to do things creatively, I guess. That seems to be the whole ethos behind it.

Do you think your tunes have improved as a result of it?

Yeah, without a doubt. Even between the Cold release and the Livity one. I had five or six months [between them], and I think you can tell in the production that I’ve learnt a lot. I feel like I’ve found my aesthetic more as well. Rather than just shoving sounds in, I’m thinking more about why and how I’m doing things.

Your two singles to date have been signed by these giants of the Bristol scene – Pinch and Peverelist. At what point did you start following those guys?

Well, I got into dubstep in about 2007. It was probably a bit later that I got into their stuff. But the Bristol dubstep sound ticks a lot of boxes for me. Both Pinch and Pev have always had a lot of dub influences. Also they make things complex, but it’s not too noodly or trying to be too sophisticated about it. So they’ve definitely both had a pretty big effect on my stuff. [Pinch’s] ‘Croydon House’ – that was one of the first 130[bpm] tunes I heard that made me think, “Yeah, you can make something at slower tempos without just making techno for the sake of it – you can do something that’s still UK.”

Pinch, in particular, stayed at dubstep tempo for quite a while after most people had migrated down to 130. Did you do a similar thing?

Yeah, I guess so. I think a lot of people lost faith [in dubstep], but I still thought there was longevity in it. I started making dubstep when I was about 13, up to the year ‘Croydon House’ came out [2010]. Around that time – I liked techno and house before, but I started hearing more stuff that incorporated UK elements, and did something that wasn’t just a straight techno tune, or a straight house tune. ‘Croydon House’, [Ramadanman’s] ‘Work Them’. Definitely Hessle sets as well.

Is it important for you to always retain “UK elements” in your music?

It’s where I’m from, and it’s what I’ve listened to for a very long time. So I think it’d be counterproductive to try and make something that wasn’t from what I know. Dubstep, jungle and grime are pretty much the three musics that have influenced me the most – so that’s gonna come out in the tunes.

You grew up in Oxford, right?

How did you discover and interact with this music growing up? Was it through places like Dubstepforum?

Dubstepforum was the main way. But I’d gotten into dance music through my uncle, who lives down in Brighton. In 2006 he started a stream – kind of the first Boiler Room type thing, for dubstep – called Streamizm. They had pretty big people coming down – Benga, Chef, N-Type. So that was my first reference point. And I started buying records pretty young, so I’d always go on record websites, spend hours browsing. One of the things that was cool about dubstep is that you heard influences from anything. If I’d been listening to drum’n’bass I might’ve had a more closed mind, but because there were sound palettes coming from all over the place in dubstep, it made you keep an open mind. Like early Hotflush, it was basically just techno at a slightly faster tempo – but at the time it was like, “Oh yeah, this is dubstep.”

Did radio figure at all in your relationship with music? Ages ago you sent me an EP built around the idea of radio transmissions. And even now your atmospherics sound a bit like radio static. Are you referencing pirate radio tradition?

Yeah, I definitely have a lot of time for pirate radio tradition. I miss it. Because even when I got into dubstep in 2007 it was still – everyone would tune into like Stella Sessions, there’d be missed calls, all this kind of shit. There’s something that seems very exciting about the idea of pirate radio.

Do you think in that way your music is trying to mourn something, or get back to something that’s been lost?

Not really, no. I think it’s more – I want to do something that follows in the footsteps of what’s come before in the UK. I think we’ve got a great history of interesting, current dance music. It keeps moving forward, and I want to keep following in that kind of vein. Source Direct, or early Loefah, or early grime, any of that – it’s got a very similar vibe overall I think, it fits within a continuum. But at the same time it’s got this attitude of, “I wanna do what I wanna do'”

Keysound seems like a hub for that kind of attitude right now – this idea of moving forward whilst remaining conscious of UK dance music’s heritage. Have you been inspired by what they’ve been doing?

I do check it, but I don’t know. It’s hard because I guess I do a similar thing to what they do, but I think, for me, there’s a bit of a lack of outside influence [in Keysound]. With what Livity and a few others are doing, there’s the techno [influence], so there’s this new angle.

So for you, where does the outside influence come from?

I buy records from all over the place really: jazz, funk, afrobeat. But techno is the one that really drives my production forward. I think if you reference UK stuff too much, there’s so much of it that’s great already, it’s easy to fall into a kind of template. If you keep your ears open to stuff from other places then hopefully your tunes won’t sound too identical to stuff that’s already come before. But I’m probably being completely hypocritical [laughs].