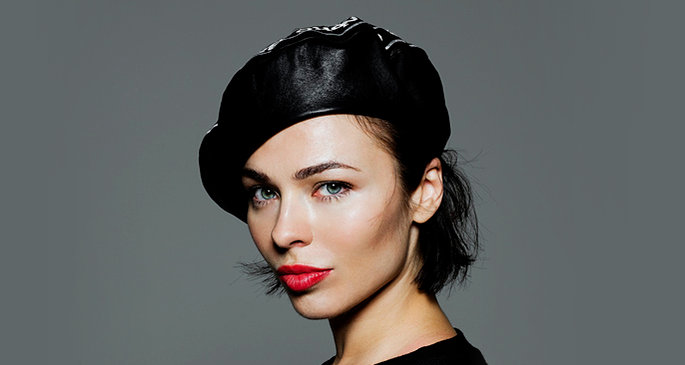 With the way individual tracks are now consumed, the idea of what constitutes a single has shifted dramatically in the last half a decade, and its for this reason that the songs reviewed across the next pages are a combination of 12″ vinyl releases, mixtape cuts, Soundcloud uploads and more. All are treated equally – well, most of the time. Up for discussion today: Todd Terje, Nina Kraviz, Forest Swords remixed by Lee ‘Scratch’ Perry, Junglepussy featuring Tink, and Jaakko Eino Kalevi. 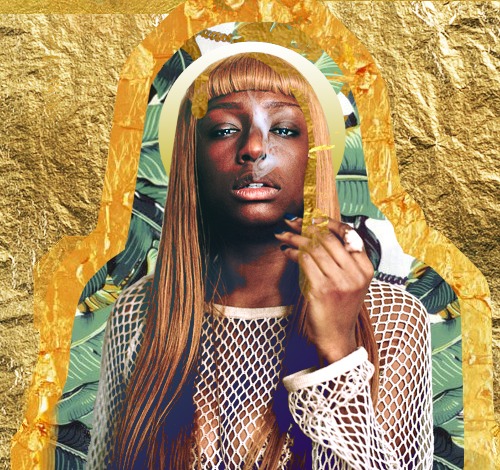 Brad Rose: I’m basically a total sucker for Tink at this point, so stick her on your track and you’ve got my attention. Of course, Junglepussy doesn’t need any help and with gnarly, danky production from Shy Guy pounding out jackhammer beats, this is a surefire winner. Shit rules. (8)

William Skar: Junglepussy and Shy Guy – what is this, the drill Beauty and the Geek? Quite dig the beat’s Raider Klan/West Coast bump hybrid – giallo-funk, let’s say – but this feels like a baby step rather than a forward stride. (5)

Chal Ravens: The Junglepussy/Tink tag team should be in pole position for this week’s points-grab, but ‘Curve ‘Em’ is trying to be very many things at once and ends up almost sinking under the weight of its own ornament. The rough-edged maximalism (Rustie-esque liquid drops, pitchbent gothic bells, a whole bunch of unrelated drum patterns) is mighty impressive, but I reckon these particular rap voices could benefit from more shock-and-awe precision. (6)

Josh Hall: Tink has had a brilliant year, and here she completely owns what is otherwise not a hugely interesting track. Her triplets are so sleek. Let’s have her on some more Future Brown beats. (6) 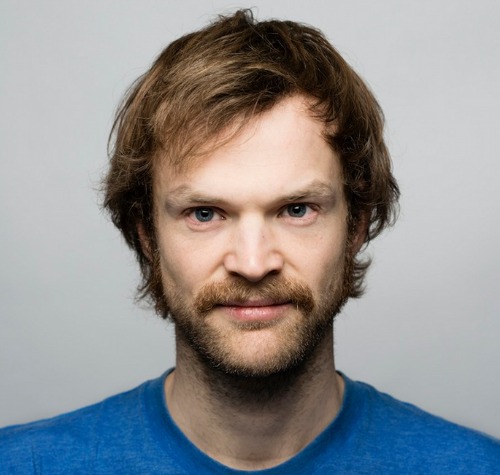 William Skar: As we nudge towards end-of-year season, a minute’s silence for ‘Inspector Norse’, which, owing to some collective editorial blind spot, didn’t get a look-in on last year’s FACT tracks of the year list. Neither cut here is as as brilliantly ebullient as top-tier Terje, and I’m not sure either comes close to matching this year’s ultra-jaunty ‘Lanzarote’, but man knows what he’s doing. ‘Q’ nudges it, by the way. (6)

Chal Ravens: Todd the God has a habit of making the pleasant and polite seem oddly subversive, and with this genteel wrist-waver he’s managed to turn a fruity four-bar loop you’d happily introduce to your parents into a synapse-fizzing voyage to trip-out city. Very clever. (7)

Josh Hall: Todd Terje is normally so effortlessly good, but these both feel a bit flat to me, like they’re waiting for a really great topline. ‘Spiral’ is definitely the best of the two, but this is hardly vintage Terje. (6)

Brad Rose: Am I floored by this? No. Am I quite happy to have 20+ minutes of stone-cold disco for the pending holiday party season? Fuck yes. (5) 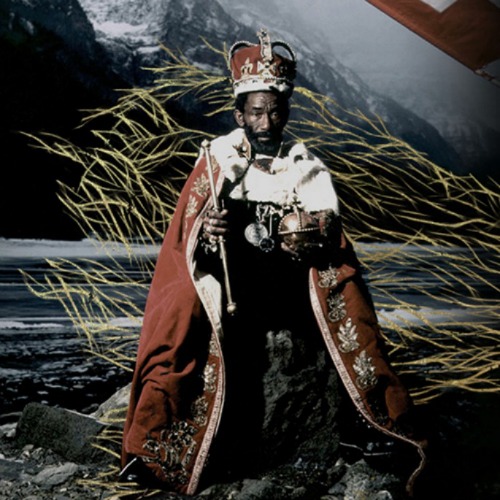 Josh Hall: This is killer. Forest Swords is at his best when he is at his dubbiest, so this is a perfect pairing. Like the music from the carnival at the end of the world. (8)

Chal Ravens: Forest Swords in Dub is an album that needs to happen, isn’t it? Could’ve done without the straight-out-the-tin acid bassline barging in uninvited, but what song wouldn’t be improved by a top coat of Perry’s careworn mutterings? Also, that Forest Swords album is great. (6)

Brad Rose: I wasn’t as smitten with Forest Swords’ album as seemingly everyone else I know was, but if anyone could make me a believer I figured it’d be Perry. While it pulls me ever closer to buying in, this isn’t anything more than ‘pretty good’. The expected dub elements add a new dimension to the tune and Perry’s weird-ass mutterings are positively cryptic, but I still can’t get all that excited about it. (5) 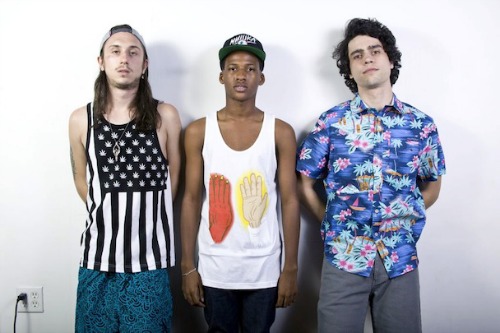 Josh Hall: Really this is all about the drums – big, acoustic, reverby clatter makes for a nice change and provides a foundation for Haleek Maul’s satisfyingly abstract verses. (7)

Chal Ravens: Yeah, I dunno. Another track that’s suffocating under its own extravagance. Everything sounds gorgeous beyond belief, but Haleek Maul’s rhymes seem to unspool into nothing in particular by the time that spectacular echoing vocal drops in. I’m neutral. (5)

William Skar: Junglepussy, Forest Swords, and now this? I’m having too much fun! (3) 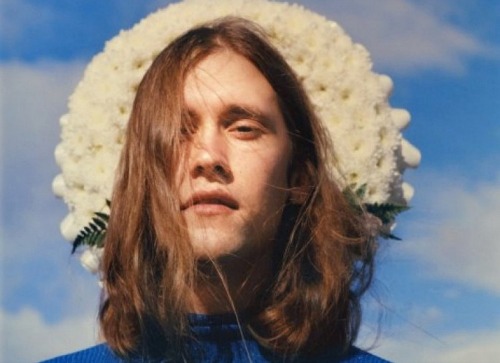 Jaakko Eino Kalevi – ‘When You Walk Through Them All’

Chal Ravens: The rehabilitation of the humble saxophone continues (whether ironic or sincere, it barely registers in our post-everything O RLY THO? virtual reality) and this track boldly navigates the hitherto unexplored territory between Peaking Lights and Chris Rea. Bonus medal for bravery, and a gold star for the result. (7)

William Skar: A quirk of release schedules, of course, but this sounds like it could have been plucked straight off Reflektor – swanky strut, mawkish wobbly vocals, traces of Murph and all the rest of it. The baritone in the chorus is very John Maus, which is always a bonus, but I’ll not be listening again. (5)

Brad Rose: I love the production on the first half of this but the vocals do me in every time. Kalevi isn’t a bad singer, per se, but it never quite clicks. Of course, once the full-on ’80s ballad sax solo blasts in, then fuck it. (4) 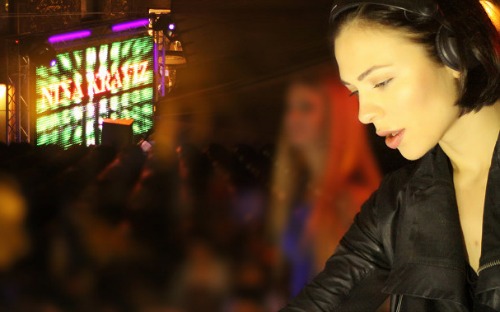 Brad Rose: Even though I loved her last record, I wasn’t sure what to expect from this new double EP (especially after hearing parts of it date from 2008). Luckily, there’s a real sense of what-the-fuck on ‘Mr. Jones’ with all the weird (and sometimes silly) vocal edits and slinky bass grooves. There’s tension between the various elements of the track, like some of these things should not be put together, but that’s what keeps me interested. Good stuff. (7)

Josh Hall: This is excellent, amongst the most delightfully hypnotic records in her catalogue, but it’s primarily worth the entry price for Kraviz’s lovely pronunciation of the word ‘Jones’. (8)

Chal Ravens: A menacingly slow build teases you to a state of almost catatonic expectation; waiting, waiting… and then waiting a little bit more… and then back to the beginning, with an added whisper of pulsating bass. This would confuse the shit out of you at 5am, wouldn’t it? Someone needs to do a remix constructed solely from the mangled pronunciation of the title character. (7)