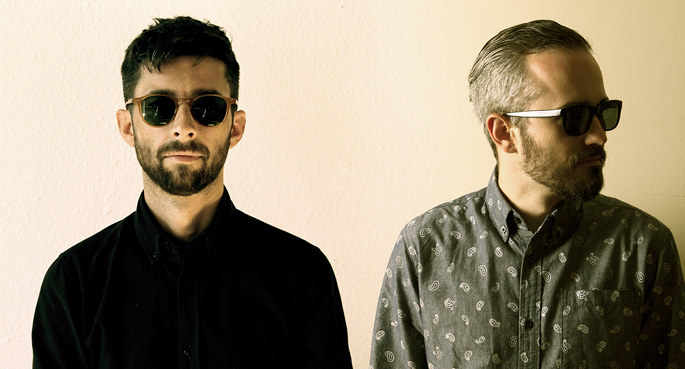 As Graze, Christian ‘XI’ Andersen and Adam Marshall of the New Kanada label make “upfront dance floor” tracks that draw from their backgrounds in jungle, dubstep and more. With the pair’s debut album Edges out this month, Oli Marlow spoke to the duo to find out a little more about the project.

Collaboration shouldn’t ever really be about relinquishing control; in fact, the feeling of futility should never be a part of the creative process at all. Creating music with someone is not about having to stubbornly fight your corner or being bereft of ideas whilst the other person fills in the gaps for you. It should be about working together to create something that never could have happened without the other person’s input. And in speaking to Christian Andersen and Adam Marshall, two producers with release schedules of their own to maintain, it’s the constant feeling of surprise within their working relationship that continues to inspire and power their Graze project.

First crossing paths when Andersen, working as XI, released the ‘Joy/Pain/Fear/Hate’ 12” on Marshall’s New Kanada label, the pairing – who both hail from Toronto and went to the same school without knowing of each other at the time – seemed to find a natural fit in each other’s sense of mood. There was still some of the wildly prolific and often brutal programming Andersen had showcased on releases for labels like Orca and Immerse, but it was the first physical signal that hinted at his interest in mastering other styles.

Now every prick in a five-panel cap loves techno, but the directional change that Andersen’s taken with Graze is more of a credit to his openness. “I’m not sure what to call it,” offers Marshall, “but there’s definitely an emotional aspect to it. It’s kind of bittersweet. But whatever that mood is, I find that we gravitate towards it; we never need to communicate it or make it a decision.”

“I had sworn of collaborating for quite some time,” reveals Andersen. “I think our choice to collaborate had less – albeit still a lot – to do with each other’s respect for one another’s music, but mostly because we really hit it off personally.”

“There’s definitely an emotional aspect to it. It’s kind of bittersweet”

Let’s face it, two musicians mooching around Berlin, talking shop and living life around a bunch of music making equipment was only ever going to result in one thing: them making music together. With Andersen now living back in Canada Graze has morphed more into an online collaboration. But whilst that might seem like it should pose certain frustrations, limitations and difficulties in working without the other person there in the studio, they both sing praises about their distant methods, looking at the information exchange more as a way to test each other or experiment more for the sake of it.

“It’s really nice being able to work independently on a track and bring it to a certain point – the point where if you go any further you will fuck it up – and be able to hand it off to some you trust fully ” muses Marshall. “Getting a track back from Adam is like a mini Christmas,” jokes Andersen in agreement. “It’s like opening a gift and not knowing what you’re going to get, but knowing that it’s probably something you want and not a cheque for $12 from your Grandma…”

That lack of boundaries or constraints defines the duo’s debut album, Edges. You can fully hear the moments (like on ‘Scrap’) where one of the two has come up with such a destructive riff that it’s challenged the other to try and write something to work alongside it. “It was clear from the outset that we had some dancefloor teeth,” offers Andersen, “but we also – on tracks like ‘On Board’ – wanted to explore avenues that our solo projects maybe didn’t have enough creating room to fully examine. On the album I think we take it all a step further and personally speaking this is the most musically matured music I have been involved in making.”

“We decided right from the start that this would be a live performance-focussed project so the lack of face-to-face time during the production process is sort of balanced with the understanding that the end goal here is the collaborative performance,” offers Marshall. “We bounce iterations [of tracks] off each other constantly,” embellishes Andersen, “which allows for us to both put our ideas down without distraction and really flesh out a direction each time one of us has the project in our hands. We both have the same general end goal for the body of work we are currently engaged in so we can both trust that our ends will be achieved no matter who is working on the track.”

“We both love serious club music and can appreciate the power of stripped back dub,” concludes Marshall. “Often in music these two directions are the opposite of each other, so it’s nice to find someone else that is mining this territory without desperately needing to ‘define’ it.” 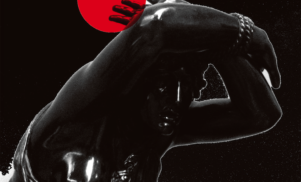