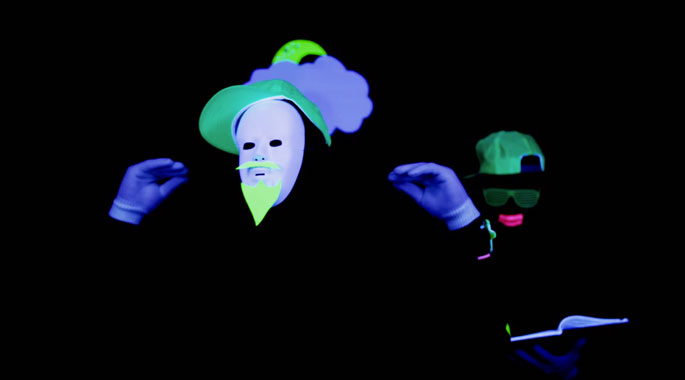 Everything will be ok.

In October last year Detroit rapper and producer Quelle Chris released Ghost At The Finish Line, his third album and arguably most surreal work to date. Drawing heavily from the more tongue-in-cheek side of the artform, the album’s 13 tracks see the renegade rapper indulge in fantasies, comedy and a somewhat serious discourse about the boundaries between art and life.

Quelle has accumulated a lot of props from his peers in his short career, and this latest album features vocal and production appearances from Alchemist, Oh No, Black Milk, House Shoes, Guilty Simpson and fellow Detroit up-and-comer Denmark Vessey.

Next week the official video for the album’s title cut is released, but you can view it exclusively on FACT ahead of time (see below). The psychedelic video follows Quelle and friends as he makes sense of it all.

Ghost At The Finish Line is out now via the Mello Music Group label. Buy it on iTunes here as well as Bandcamp and all good record shops.