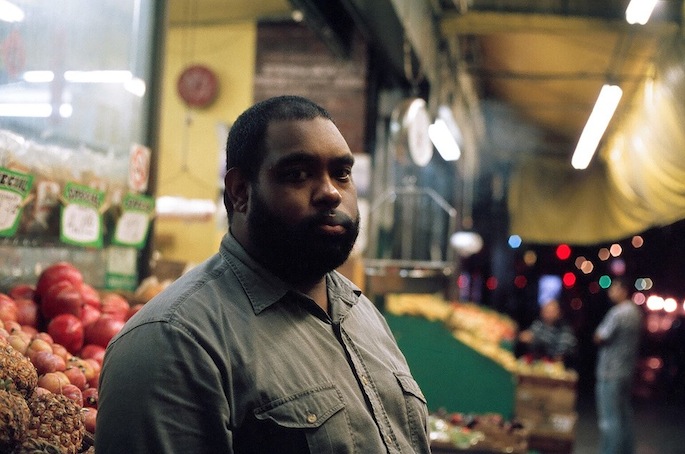 Schooled on punk and hardcore, Antwon broke through on 2012’s End of Earth mixtape – a moody, glowering set of industrial rap.

The San Jose rapper’s follow-up releases, including last year’s In Dark Denim, have seen him diversify, and last year’s ‘Dying In The Pussy’ proved something of a minor breakout hit. His strangest 2013 adventure, however, was a somewhat surprising single release on UK indie Bella Union – a label better known for sweet-scented folk-pop (Fleet Foxes, Midland, Beach House) than anything resembling rap.

There’s some curious logic at work, though: Bella Union is run by Simon Raymonde of legendary 4AD outfit Cocteau Twins, of whom Antwon has long been a huge – and, given his line in boom-bap smut, unexpected – fanboy. As such, we asked Antwon to walk us through his favourite ever tracks by the Scottish trio – masterminds of some of the 1980s’ most luxuriant records, and the band without whom that lightly-thrown epithet “dream-pop” probably couldn’t exist.

“It’s obviously the theme song to House, and I fuck with that.”

Antwon: “An amazing song. My friends Freddie and Daniel were the first to put me on to Cocteau Twins – also The Vanishing and This Mortal Coil. I found a copy of Treasure on tape and it’s the first song on Side A.”

Lead track on 1985’s Tiny Dynamite EP, snuck out within weeks of sister record Echoes In a Shallow Bay in the period prior to the following year’s Raymonde-free Victorialand.

Antwon: “My favourite time I listened to this song, I got to DJ this art show in NYC. My mans Cali, Adross, and Alex Heir were in. Where I was DJing was like a speakeasy type-thing in the gallery. I was definitely on a good one that night.”

‘Song Of The Siren’

This Mortal Coil – a sort of 4AD Avengers Assemble, featuring a rotating cast of label signings – scored their biggest hit with this Tim Buckley cover. One of the most successful thing the Cocteaus touched, chaining itself to the UK indie charts and remaining there for over 100 weeks.

Antwon: “Very amazing CT collab. I thought it was rad in that era to make a supergroup like This Mortal Coil. This track is definitely a tear jerker. Sing along and cry.”

Written for 4AD’s 1987 Lonely Is An Eyesore compilation/video-album, and still one of their most viscous, gorgeous songs.

Antwon: “Such a sick track. I love songs like this, with a steady slow build up that kind of feels like you’re peaking on drugs but you never really peak.”

Antwon: “Very amazing to me ’cause Massive Attack are legendary and Elizabeth Fraser has a very legendary voice to me. It’s obviously the theme song to House, and I fuck with that.”

The other Cocteau biggie, and the centrepiece of their 1990 commercial peak Heaven or Las Vegas.

Antwon: “This is the one by Cocteau Twins that I’m pretty sure has the lyrics, “Must be why I’m thinking of Las Vegas”. This song is pretty alright – I just like it ’cause it’s one of their songs with lyrics?”

Four-Calendar Café single, released following their departure from the house of Watts-Russell.

Antwon: “Very cool dream-pop with them wearing suits. The mirror effect is cool and makes me want to wear a suit…”

One of a number of tracks written for Chinese singer Wong by the Cocteaus, although this is ostensibly the only one to feature a Wong/Fraser duet.

Antwon: “Very rare collab between these two. apparently it came around in ’96 when Faye thought she should “take more control of her career”. She also recorded two Cocteau Twins covers on her album Impatience.”