“I heard a story from carnival that at one point, there was about to be a fight in the crowd, people squaring up to each other – and then the DJ played ‘Antenna’, and… everyone started dancing instead!” Fuse ODG cracks up laughing. It sounds like a scene from a cheesy street dance movie. “I […] 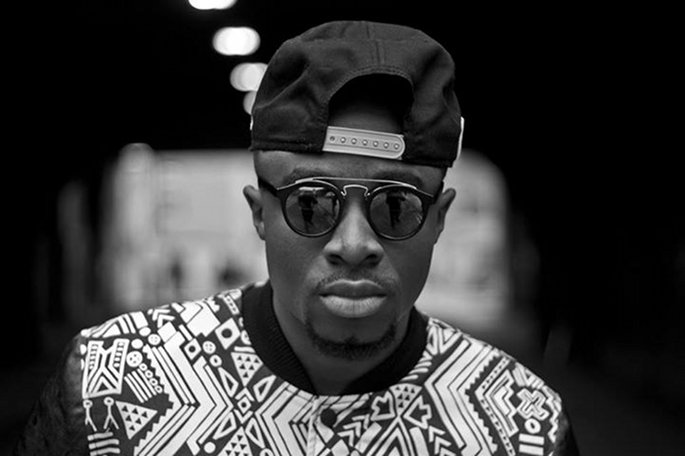 “I heard a story from carnival that at one point, there was about to be a fight in the crowd, people squaring up to each other – and then the DJ played ‘Antenna’, and… everyone started dancing instead!”

Fuse ODG cracks up laughing. It sounds like a scene from a cheesy street dance movie. “I know, I know!” he concedes, still chuckling. “But it’s got to be true, I heard it from more than one person.”

When Afrobeats is dispelling tensions at such a proudly Caribbean event as Notting Hill Carnival, you know it’s reached a new level in London music culture. ‘Antenna’, featuring Wyclef Jean, was everywhere in 2013, spending over three months in the charts, peaking at number 7. The track’s opening sugar-rush synths act as a kind of joy-siren, warning what is about to happen, before the production breaks down into producer Killbeatz’s irresistible rhythmic shuffle, and then that grandstanding, evangelical earworm of a chorus. You could unpick the ‘Antenna’ video‘s black Atlantic motifs for days – Wyclef, 44-year-old American rap superstar, refugee and Haitian Presidential pretender, wearing an Obama t-shirt, dancing amidst the palm trees in Sierra Leone next to Fuse ODG, young enough to be his son, born in Peckham and raised in Ghana, now bringing African pop music to the cultural mainstream of Ghana’s former colonial oppressors.

The video was filmed alternately in the Ivory Coast and the more familiar mundanity of a south London street. “You can probably tell which one’s which,” he mocks. But it is, he says, a neat breakdown of the two worlds he is trying to bring together.

His music is a synthesis, he explains over a Coke in a central London hotel, a balance “between my western influences and my African background”. Born in Tooting in south London in 1987, Fuse spent the first few years of his life in Peckham – he has yo-yoed back and forth from London to Ghana, in both body and soul, until finding, in his early 20s, he was at ease with both. “My parents came over here from Ghana for a better life,” he explains, “to be better off financially. My mum was in her 20s, my dad probably 30 or so. My mum was a cleaner, she’d be making her money and sending some back to Ghana for her family.”

“We went back to Ghana when I was just a baby, then my mum had my brothers and sisters – I was the only one born here.” After several years growing up in Kumasi in Ghana, Fuse came back to south London for secondary school. “My parents, both of them came – because I was born here, it was much easier to bring me back. The thing is, I came back with an African accent, so secondary school wasn’t the easiest journey, and I had a lot of fights, just because I always stood up for myself – people would cuss me about being African, tease me because of my accent. Being African back in the day wasn’t as cool as it is now.”

Social status came through making music in his childhood bedroom. “That’s literally how I managed to connect with my peers at school, was to become cool through music, because I had a studio set up in my bedroom, skinny mic on the wall, and that’s how people started coming to my house.”

“At that time I was so into American rap, so I was doing hip-hop tempo, but obviously I was an African boy, and I still had my accent, so it always had an African twang to it. Obviously, my parents would play hilife, African music in the house, so I had those genes, and then there was grime everywhere and So Solid as well – I’d practise So Solid lyrics on tape too. It was crazy man, all these little elements.”

“Not so much. But my parents would play it at home, and they’d take me to the parties, and you’d have to sit there and listen. I’d sit at the side, with cousins I’d never met before, and watch them party-” He trails off and then laughs nervously. “I was trying to find myself in this country! I guess it was the moulding of me as a person. When I come home, I’m African, when I go out, I’m trying to blend in.” It was a confusing time for young Fuse – and despite trying to adapt to life in south London, something of Ghanaian culture did stay with him – tapes of Ghanaian rappers like Obrafour, Reggie Rockstone and Lord Kenya he brought to the UK.

His epiphany, like all great epiphanies, came in Croydon, when his school rap crew 2 Gully peformed at an open mic competition at Fairfield Halls. “We didn’t even win, but I was just buzzing off that performance.” Fuse started producing proper singles, the typically cheerful and cheeky ‘Rwanda‘ the clearest hint of what was to come, complete with a ludicrous NASTY Crew-style acronym (RWANDA: Really Wise And Never Doubts At All; NASTY: Natural Artistic Sounds Touching You). “With ‘Rwanda’, bear in mind by that stage I was confident in being African – and I know I’m singing with an African accent. There was no-one I could really relate to here, but by then I was happy with it. Happy with being different.”

Time is out of joint, writes Mark Fisher in his new book about pop culture and its feedback loops, Ghosts of My Life. If time is out of joint, then so too – thanks to the global party of a YouTube search function or Soundcloud surfing – is geography. Global discombobulation is not new, and the original Afrobeat, the Fela kind, was an early spike in the phenomenon; but digital technology has lurched it into an accelerated gear. That doesn’t need to mean a global pop cultural melting pot in which we all slowly drown, together – a melange of clashing rhythms, instruments and influences. International sonic connections can still be made with a certain amount of aesthetic discernment. New connections bring surprising results. The western pop sheen of stadium synths and the dehumanised warble of Autotune, for example, sound far better paired with the rhythmic dexterity of west Africa than on a Katy Perry song.

Fuse’s appeal comes down to straight-up joy – not hedonistic escape, but an infectious, sincere happiness. The libidinal energy of grime or jungle or funky came from a kind of transubstantiation of anxiety into music – here the energy comes not from tension but joy: and appropriately for such a pop-orientated medium, without a strong chorus (in the vocals and the rhythm), your tune is nothing in Afrobeats. Fuse makes tunes that aren’t as rhythmically hard as some Afrobeats, but they’re heart-meltingly gleeful – from his first proper single ‘Rwanda‘ to his latest smash ‘Million Pound Girl‘, the third of the recent crossover hits, all produced by Ghanaian Killbeatz, that have made him a household name.

After ‘Rwanda”s underground success, he was getting gigs performing at student clubs in the UK, and listening to more and more African music. “But my music was kind of in-between too. Same as feeling like you don’t belong in this country or that country – wherever you go, you’re a stranger. I just wanted to make African music, but coming from me. So I messaged Killbeatz on Twitter, we started talking on BBM, and I said I’m coming over to Tema. He was shocked, I called him like ‘I’m here’.”

There he and Killbeatz found the fusion of Afrobeats and western pop he had been looking for; and in between studio time, Fuse discovered the dance that would make him famous. “It just looked so good man – I’m not a dancer but I fell in love with it, and I was going to clubs and practising – trying to show it off to Killbeatz and he was just laughing at me: London boy trying to do azonto. When I came back to London, no-one had heard of it, and I thought you guys need to know – so let’s do a video showing everyone how to do it.” While the Azonto video you want is this viral smash of two British dancers introducing the dance craze to the UK, it’s also worth listening to Elephant Man on this Azonto remix. In these first trips as an adult back to Ghana, performing for the first time there, Fuse got a great reception – but culturally, it was sometimes as tricky as it was rapping with an African accent in south London.

“People would cuss me about being African, tease me because of my accent. Being African back in the day wasn’t as cool as it is now.”

“I met Reggie Rockstone, this rap legend who I really looked up to, and he treated me like a London guy. He said it’s all good over there in London, but you have to always put Africa first, because-” he hits the table with his fist “-that’s where you’re from. He really put me in my place, he said something deep. The British colonised Ghana… and I was there at this show repping London, and it was the kind of crowd that was really educated. And they were like ‘cool down, cool down – you’re screaming ‘London London London’ at us – they’re the people that ruled over us!’” He laughs slightly nervously again.

“Where do I belong? It’s a kind of a lost identity problem: wherever you are is home, but it’s never quite home enough. Now I’ve got an accent in Ghana and an accent in English – somewhere has to be my home! Speaking to Reggie made me think I just have to have the right balance: I appreciate the fact that I grew up both in Ghana and in London, and I’ll proudly represent both. London’s made me who I am as well. Obviously Ghana did a lot for my mentality; when I came here, I knew my parents weren’t trying to play with me – like, I had to excel. It made me want to work hard, knowing my brothers and sisters are at home in Ghana, and I’m the only one here – plus I got their parents! All those thoughts in my head motivated me to be successful in everything I did.”

He proceeds to press the line he gives in all his interviews (and last year, at a lecture at Stanford University), about what he calls TINA, which stands for This Is New Africa – it’ll be the name of his imminent debut album, as well as his clothing line. “To me, New Africa is a country, and every citizen in there is making moves, and is saying something with their actions; to say I’m African and I’m successful. I want the kids to know they can actually be themselves, be African and proud and be successful.”

There’s a noticeable change in the diaspora too, he says. We talk about the Ghana Black Stars, and the UK Afrobeats music videos where Ghanaian and Nigerian flags are waved on the streets of south and east London.

“It’s so cool to be African now… it’s not like back in the day, when I was at school.” He chuckles again – “it’s really not fair!”