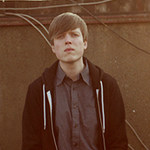 “It’s difficult to know what to say about this record that hasn’t been said thousands of times already. I could never bring myself to say it’s my favourite album of all time, but when I was asked to contribute to this series it seemed like an obvious choice due to some chance occurrences from the month prior. For the first time in years I’d been listening to it again after ripping it to my iPod and it made me realise how much this record has resonated with me and played an important part in shaping my musical interests. Then there was the awesome documentary which aired at Christmas of the Pistols playing for the kids of Huddersfield on Christmas day, which resulted in a listening session of the LP a few days later, with a friend of mine who owns multiple vinyl pressings of it. Not to mention mine and Heatsick’s impromptu rendition of ‘God Save The Queen’ during a karaoke night at the Boston Arms the other week, but perhaps the less said about that the better.

“As a 12 year old I bought the CD from Virgin Megastore with money saved up from three weeks worth of pocket money and I remember it felt like I may as well have been buying pornography. Undoubtedly I built all of this up in my mind, but there was an odd element of uncertainty and trepidation involved in my purchase which I hadn’t had with music before. There was no-one I could really share this with either, as my mates at school weren’t interested in music to the extent mine was developing and there was also the added aspect of my poor suffering mother having to deal with me buying a CD that had the words ‘SEX’ and ‘BOLLOCKS’ emblazoned across the front.

“One of the strengths of this album is that it’s instantly recognisable. Whether you worship at the altar of Mob 47, Public Enemy, The New Blockaders or Photek, you know exactly what the cover looks like without having to see it and more than likely are able to name one or two tracks from it too. Even the mere mention of its title never fails to rush an image of garish yellow and pink colours into my brain. The music still stands up remarkably well in this day and age, and feels timeless, as well as still being misunderstood at times. I feel like people miss the point when they draw comparisons between the Pistols and [John Lydon’s later group] PiL, dismissing the former as brainless pub rock fodder. In the context of rock music I would argue that it’s as interesting and musically relevant as what Lydon went on to achieve with PiL.

“The multi-tracked wall of fuzzed out Les Paul guitars, a rhythm section that simply does what’s required of it very well, and those vocals – still some of the most unique and interesting I’ve ever heard – which are unmatched by any other vocalist from this time. There’s also the odd little things you forget until you have it blasting on your headphones, like the double tracked vocals on ‘Anarchy In The UK’ which sound utterly demented and the obnoxious morse code synth in ‘Submission’ which taps its way through the track. Being exposed to this record the first time was also when I first became aware of what an album really should be as a whole, rather than just a collection of songs. It’s one of the greatest and most fully realised musical statements from a band there ever has been and part of this perfection lies in the fact there was never a follow-up to risk diluting it. After all, they didn’t need to. And although I may not listen to it as often as I should these days, I feel like a lot of the music I’m interested in now and the feelings attached can be traced back to my first exposure to this record.”