Festival No. 6 announces first names for 2014 with Beck, Neneh Cherry and Julio Bashmore 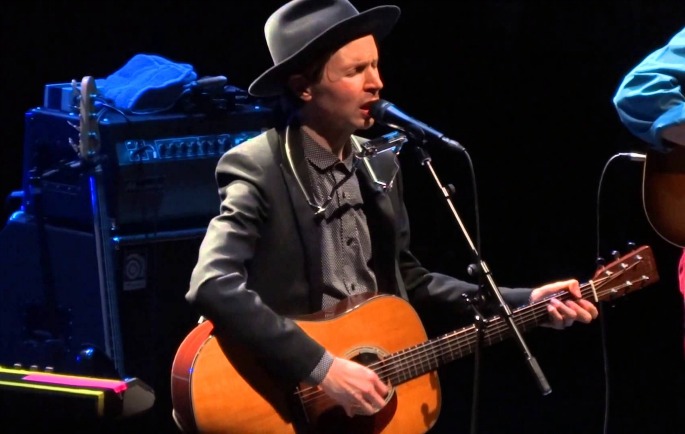 James Holden, Bonobo and the Radiophonic Workshop also on the bill.

Festival No. 6, the unique Welsh weekender held in the fantasy village of Portmeirion (famous as the set of ’60s TV show The Prisoner), has announced the first wave of acts for its 2014 edition.

Headlining across the three days will be indie veteran Beck (pictured) and breakthrough pop trio London Grammar, with the third headliner yet to be announced.

Highlights include live sets from James Holden, Neneh Cherry with Rocketnumbernine, Bonobo, The Radiophonic Workshop, John Wizards, Steve Mason and a turn from Motown legends Martha Reeves and the Vandellas.

The festival also delivers on the arts and culture front with talks, comedy, masterclasses, art installations and film screenings with live soundtracks, all to be announced in coming months.

Check out the full-line-up so far on the poster below. The festival takes place between September 5-7 in Portmeirion, North Wales – find out more and grab tickets here. 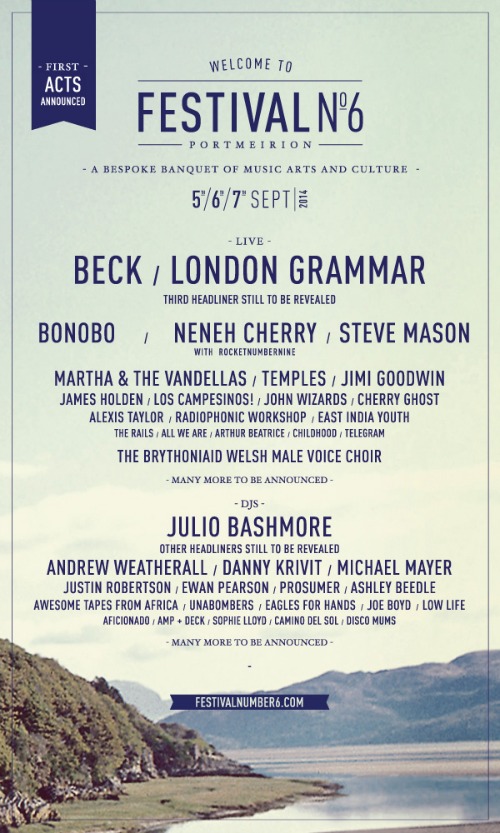