Carl Cox has over 150,000 records ordered chronologically, and the last bloody thing he needs is more 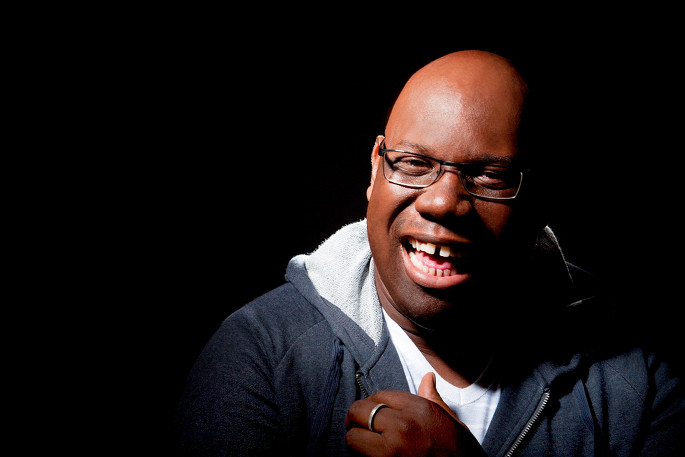 Since the mid-’80s, Carl Cox has been making people dance, taking a hip-hop approach to early house music and playing it harder and faster than the competition.

With a forthcoming appearance at this year’s Snowbombing Festival, Tom Lea spoke to Cox about almost three decades of DJing, moving with the times and why he stopped buying records in 2007.

What gigs particularly stand out as breakthrough moments for you when you were young?

I started doing a lot of my own parties when I was 17, 18 years old. I was doing a lot of house parties and back rooms at pubs – that kind of thing. At the time the music was funk, soul and disco music. But around ’86, ’87, I was going to record stores and they were getting in these new forms of music, which was acid house, house music, garage, and I jumped straight on it. As we all know, ’87, ’88, ’89, that music become synonymous with where we were today.

So that was just gigs organised through mates and stuff?

Definitely, there was no outlet for that sound of music at all. It was very underground, and people who knew knew, but when you had something like Sunrise happening – Energy, Perception, Biology, all this sort of stuff… I was living in Brighton at the time, and because people knew I was into it, they’d ask me to sell tickets on the South Coast. In return, I said ‘well put me on the flyer, I’ll play early and play my house music’, so all the other DJs could follow after that. That’s how I started – this is when I was like 25, 26. I’d sell tickets, put on two coaches and get everyone to get on the parties – obviously you’d find out where it is on the phone nearer the time, and all the drivers would follow each other.

Soon as my name started to get bandied around a bit, through these parties… the turning point had to be 1988. There was a party called Midsummer Night’s Dream, and after all the DJs that had gone on before me – Paul Trouble Anderson, Judge Jules, Paul Oakenfold – they hadn’t heard Carl Cox. So when I went on at 10am or whatever, I completely just smashed the place – doing three turntables, playing two copies of Lil Louis’s ‘French Kiss’, mixing it up with an acapella, Doug Lazy’s ‘Let it Roll’, this sort of stuff – people were like ‘wow, I haven’t heard it done this way before’. I was on a complete roll, I’d been at home mixing all these records so this was my chance to show people what I was about. My girlfriend at the time, Maxine Bradshaw, would hand out cards – like ‘if you wanna book Carl Cox, here’s the number’, she handed them all out, and from that point I got asked to play nearly every rave known to man.

I obviously wasn’t there, but when I listen to old Carl Cox sets what gets me is just how hard you go – like you proper bang it out, it’s hard, fast mixing and you don’t get much like that now, not in house. Were you the only guy with that approach to house back then?

Yeah, totally. Most of those DJs didn’t come from a hip-hop background like I did. That hip-hop style for me was all about quick, tight mixing. Like when you’re using three turntables, you’ve got to be quick with it. You can’t be lazy. I’d be crossfading the first two records while mixing the third in, creating this remix-style live energy. In the end I was known for that – people called me the Three Deck Wizard. People came and stood in front of the turntables and just watched, they wouldn’t even dance. I guess it was a spectacle – I’d have records under my armpits, one hanging out my mouth, one over there, duh-duh-duh.

I was playing all sorts then – breakbeats, harder techno stuff – but behind all that I was always most into house music. So of course I’ve slowed down a lot now, but I still play tough… within the realms of what house music is now. But I don’t play commercial, I don’t play pop. I still play the records you don’t get to hear at any old venue – I’m always looking for that perfect beat without compromising. 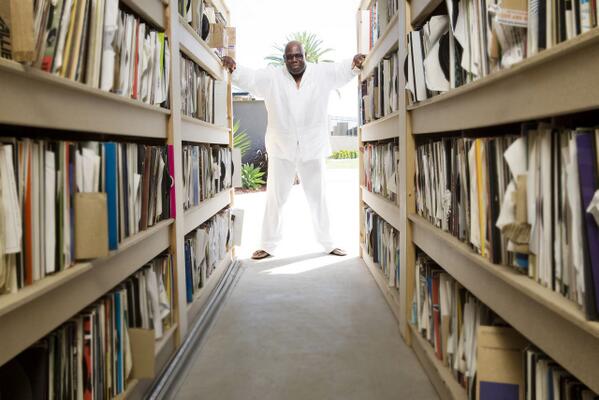 When you look back at the late ’80s / early ’90s, what are the special records for you – the ones that you’ll always associate with the time?

Anything by The KLF used to kick off, [A Guy Called Gerald’s] ‘Voodoo Ray’ was massive. [Kariya’s] ‘Let Me Love You For Tonight’, anything by Frankie Bones, Renegade Soundwave was just huge.

So many great records came out round about that time, it was awesome. Thing is, great records are great because of the record, it’s not just how you mix ’em. So for me the record came first, then I’d try to add my essence on top of them as a DJ. But a lot of DJs now – with what they can do with computers, you don’t get to hear the bloody record. It’s just a loop upon a loop upon a loop.

It’s a good 20-25 years since you started. How has your own relationship with music changed in that time, and how have you changed as a person and a DJ?

More than anything else, I think I’ve managed to get back to who I was as a person. More than anything I love music, and I love people… when they make a track, when you hear that track for the first time and you know it’s the result of months spent in the studio creating that record. Rather than ‘right, I’ve got three hours to make a tune’, then bang, it’s on YouTube, next thing all the right DJs are playing it. Where’s the soul and the love and the passion going into that? There’s isn’t [any]. It’s just ‘if you make this, people will dance’. And that’s OK, if you want to get to the next stage of your career very quickly, but nothing stands out as a classic – nothing gets nurtured into the sort of track where you remember where you were the first time you heard it. I suppose for me, I am 52 years old nearly – that’s three decades as a DJ, and I’m still as passionate about it as I ever was, but most of the people I’m sharing bills will now weren’t born when I started, so they’re not gonna know what it was like for me when I started.

As someone who’s been in the game a long time, and witnessed this whole crash, where records stopped selling the units they used to due to the internet… presumably you were effected in terms of your bookings, DJ fees and so forth?

Yeah, it was difficult. We came from an era where even vinyl was new – the way it was being cut, created and how you received it, anyway. It’s a shame – progression’s a bitch in some ways, but it has to happen. It’s like mobile phones – they used to be these big, sturdy bricks of things, whereas now if you drop them once you’ve got a smashed screen. But on the other hand, you can Skype your mum on it and do bank transfers on it, that sort of stuff, it’s just progression. What can you do? And I suppose one of the reasons I’m still getting booked is because I’ve accepted that and moved with it. Vinyl just got priced out the market, it’s as simple as that. If you could get records for 35 cents rather than 5.99, you’d buy ’em.

Do you still buy many new records?

Where do you keep them?

I’ve got a triple garage here in Melbourne, they take up half of that. They start in 1968 and end in 2007, when I bought my last record. So they’re all in chronological order – if I fancy going back to 1986, I can stick my hand in and pull out a bunch of records from that time.

When did you move to Melbourne?

I moved seven years ago.

How much of a headache was moving those records?!

It was a massive headache. And not only the amount of them – all the records were organised chronologically when they were in my old house, so when they got boxed up I had to make sure they were done by year. I didn’t wanna digitise ’em – too laborious, takes too long – but to put them in year order was fairly easy. There was a lot of boxes, though, I actually got two or three young kids to come help unload the van. They were getting paid, but they did a very good job and to this day they tell me I’m a miserly git because I didn’t give them enough for it.