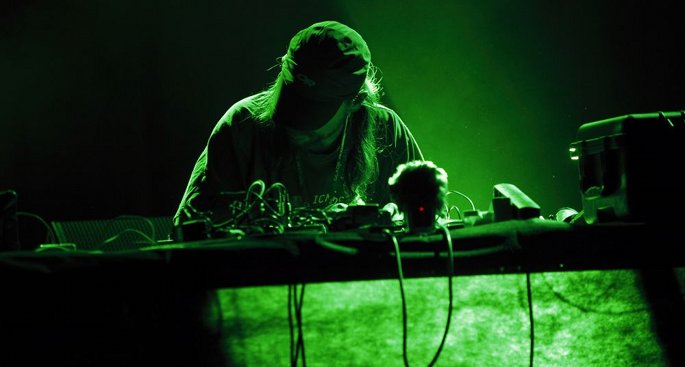 From Marxist Chillwave to Japanese Extreme.

As FACT’s Joe Muggs noted in his interview with the festival organisers earlier this year, it’s a wonder London has never had something quite like it before. Following their tribute to the late Bernard Parmegiani earlier this year, LCMF 2014 returns next month with a week of performances in their new location, a 20,000 sq ft former carpet factory off Brick Lane in East London.

The event kicks off on May 26 with ‘British Underground, “a survey of the many British composers and performers who have chosen to swim against the tide”, featuring performances from Gavin Bryars, sitar player Poulomi Desai and Consumer Electronics with Russell Haswell.

On May 27 it’s the irresistibly titled ‘Marxist Chillwave’, with artists including Hyperdub’s Fatima Al Qadiri showcasing music that attempts to address global capitalism, and on May 29 the focus is on extreme Japanese music, from 14th century Noh theatre to a new live set by noise pioneers Pain Jerk (Kohei Gomi) and Russell Haswell again.

‘A New History of Song’ on May 30 looks at the popular song and the limits of the voice, with Josephine Foster, poet John Giorno and more, while ‘Synth – Organ – Machine’ on May 31 ventures to the edges of electronic music with a new commission from synth pioneer Peter Zinovieff and violinist Aisha Orazbayeva plus a performance by Norwegian improvisers Supersilent (Arve Henrikson, Johan Berntson, Ståle Storløkken).

Head to the LCMF 2014 website for more information and tickets.