And this one time…the best Bandcamp releases of the month: May 2014 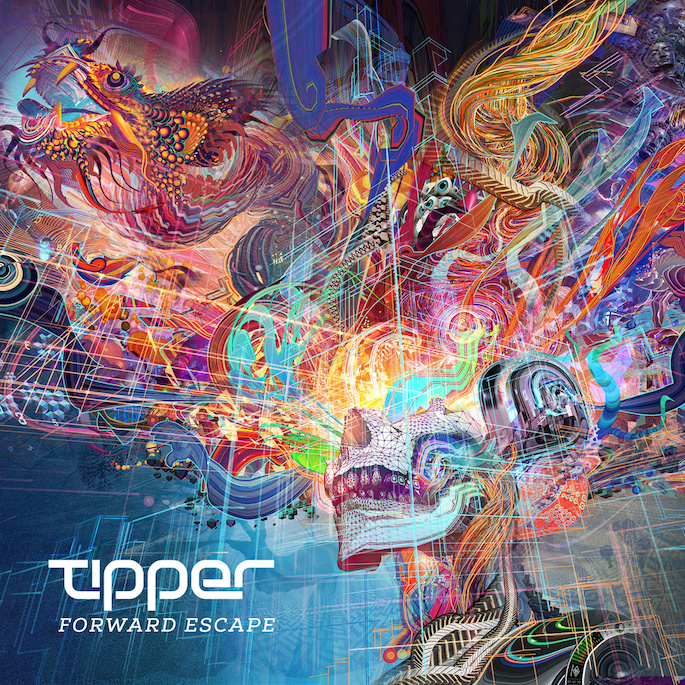 As I sat down to write this month’s column I realised that May marked the first anniversary of FACT’s monthly Bandcamp explorations. You never really know how long a column might last, when your editor or the audience might deem it no longer relevant, so if you’ve been one of the regular readers and supporters I’d like to thank you (and also thank my editors for believing in the idea and backing it for the past 12 months).

In that first year Bandcamp itself has evolved and matured as a platform, cementing itself as a real, viable alternative to iTunes and online shops, a DIY ecosystem that both independent, and more established, labels and artists can tap into. This is something I’ve discussed regularly over previous columns, but it bears repeating as we continue to tumble into an uncertain future that offers more avenues for creativity while also lessening the potential to be found and make money in the process.

A recent interview with Steve Albini that updates his seminal essay, ‘The Problem With Music’, sees the producer extoll the virtues of Bandcamp and other platforms in giving freedom to artists to reach their audience directly, bypassing the mass of middlemen that made the music industry the giant it was while abusing its artists. I agree when he says that “consumers have much more choice and you see people indulging in the specificity of their tastes dramatically more,” though we shouldn’t forget that the more options are available for people to put their art out there directly, the harder it can be for listeners to find it and thus the more we need effective filters to save us from the inevitable chaos and cacophony that arises from such freedom and choice.

The fact is there is simply too much content out there, with something like one third of the music available on iTunes downloaded once or less (I forget the exact statistic and can’t find it right now, but it is out there somewhere, like the truth). So while we should definitely continue to celebrate the freedom that the internet has brought to music, we also shouldn’t lose sight of the fact that it’s not as simple, and great, as appearances might make it seem.

This month’s column includes some beautiful oddities from Belgium, killer dance music from France and Holland, indie rock from Brooklyn, ragtime from New Orleans and favela-inspired grooves from Los Angeles among other things.

For the last six years France’s 7even Recordings has taken things slowly, focusing on quality over quantity and a small roster of international artists. Label boss Greg G was one of the earliest supporters of the burgeoning dubstep sound in France during the 2000s, booking the likes of Kode9 back when the music barely had a name. Soon after its inception 7even became synonymous with a desire to experiment and keep pushing at the edges of the music rather than cash in and pander to the populist aesthetics. Two of their most popular artists have been France’s F and Japan’s ENA, and they’re both represented in this compilation of 12”s vinyl releases with ENA’s lush ‘Sign’ and F’s dancefloor favourite ‘Slow Down’, which Pinch was rinsing a few years back. Also included in this third compilation are two 12”s from French producers JOAAN and one from LIKHAN’. A great showcase of techno, house and even ambient soaked in dub as well as a perfect introduction to the label and its artists.

LUSHES
What Am I Doing

In the space of a couple years, Felte have built up a solid catalogue of quality indie/alt rock releases that celebrates the variety of that world, pulling in everything from ambient to punk and electronic influences. Lushes’ debut, What Am I Doing, is a dark and broody record helmed by the duo of James Ardery and Joel Myers on drums, guitar, synth and vocals. Together the pair have achieved a simple but gritty sound, with solid writing and a mood that catches you instantly. ‘Dead Girls’ is a highlight with its ten-ton heavy, headbanging vibe.

Available as digital, CD and Vinyl.

From Brussels comes a beautifully weird record from Lawrence La Doux under his Sun Papa moniker. Drawing from the dancefloor just as much as the art gallery, the result is experimental music without the pretention: weird Japanese samples floating over hypnotic grooves, trippy techno and even bizarre jazz-inflected dance grooves that shouldn’t work but do. The text that accompanies it all is equally weird and beautiful, with an entirely made up press release that places the origin of the project’s name in an imagined Japanese TV series and the following quote that perfectly summarises the music on offer: “Brume will offer you the club culture without the club and some avant-garde without the mental masturbation.”

British producer Dave Tipper has been around for a while, debuting back in the late 90s and making a name for himself by blending sound design and dance music aesthetics. This approach has remained his trademark over the years, further refined with hip hop thrown into the mix and ultimately leading him to become one of the bigger names stateside within the scenes that spawned out of the IDM boom of the late 90s and early 00s. This latest album continues from 2010’s Broken Soul Jamboree by focusing on slower tempos, a throwback to the halcyon days of IDM and experimental electronic music. The result is a series of deeply layered, intricate compositions that seem to contain universes yet remain anchored in the body of its bass frequencies.

First self-release from Dutch producer TMSV taking its cue from the slow-mo, bass heavy slow/fast sounds popularized in recent years by the likes of Om Unit, dBridge and others. Over its 7 tracks the album flirts with dubby hip hop grooves, spacious, ambient compositions and eerie dystopian sonic paintings as well as darker, dancefloor tracks. TMSV’s experience shines in the quality of the production, and while there’s a clear influence from the post-Autonomic school of production it’s pulled off with style and finesse.

Te’Amir is a Los Angeles based musician, RBMA alumnus and all-around musical powerhouse. As evidenced by its title, his debut album was inspired by travels to Brasil and has at its roots the same infectious quality that all good Brasilian music possesses. The result is 14 intricate, rhythm-heavy tracks, with Te’Amir drawing deep into both his Brasilian inspiration and dance music knowledge to make you move in an entirely effortless manner. One of the most stunning albums you’re likely to come across this year, and at $1 it’s basically a steal.

Since relocating to Japan a few years back, Canadian producer Fitz Ambro$e has become a fixture of the Tokyo beat making underground. His beats draw from a sample palette that’s firmly locked in the 90s, with a penchant for the classic R&B of that decade, and possess a swing that brings to mind the twisted funk of people like Dibia$e, with whom he at least shares an affinity for using dollar bills instead of letters. Head nodding of the highest grade.

For this month’s tag search I went straight to the locations section of Bandcamp’s tag page, which I think might become a more regular occurrence in the future. It was under the New Orleans tag that I found Tuba Skinny, a local band of street musicians dedicated to preserving the traditional sound of New Orleans jazz, blues and ragtime.

They seem quite popular based on the amount of support on their page, and this latest release features some of their own songs alongside versions of classics like Bessie Smith’s ‘Blue Spirits’. Stomp your feet and clap your hands.