“We reckon we could be the next Cluster”: The Black Dog ponder their legacy and share new EP 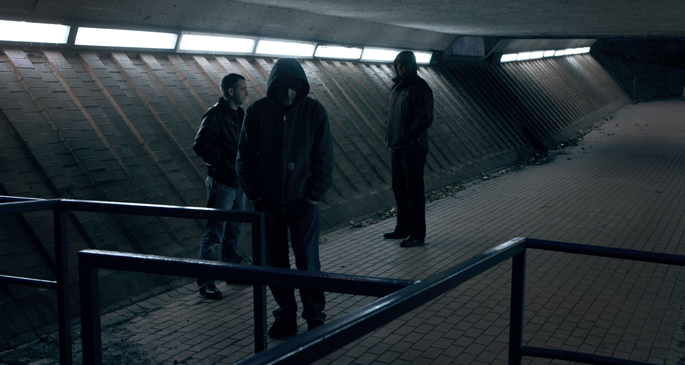 The Black Dog have been around for 25 years now, and they’re about to release the second installment in their ongoing Sound of Sheffield series.

Over the last couple of decades the band have swapped members, embarked on a wide range of collaborations and experimented with a plethora of different styles, but their music has always retained a core that’s impossible not to recognize.

Sound of Sheffield Vol.2 finds the band yet again rummaging through a bank of cityscape sounds, and building up tracks that represent Sheffield’s important place in the techno timeline. It’s due to drop on May 26, via the trio’s Dust Science label, and you can hear it in its entirety below.

Ken Downie, Martin Dust and Richard Dust were kind enough to chat with FACT and answer a few questions about the legacy of The Black Dog, and what the next 25 years might entail.

What are some of the highlights of the last 25 years of The Black Dog?

There are many things that stand out for different members of the band, both present and past.

Though we absolutely hated at the time, touring in a Transit van, it’s a link with every band that ever was and probably ever will be. Our first album. Being in a room with 99% of our UK techno heroes. The kindness of fans. Pressing our first EP ourselves (like the Buzzcocks did with Spiral Scratch) and then distributing it direct to the record shops. Cutting out the industry and doing it all ourselves felt really good. Speaking with Ofra Haza on the telephone and then getting to work with her. Meeting Kris Needs and hearing tales of the Sex Pistols. Doing Unsavoury Products with Black Sifichi (a happiness sadly tainted by the death of William Burroughs before he could contribute).

The gig we played at Sonar in 2008 when we could do no wrong, that was amazing. Music For Real Airports being a massive success. Getting the CS X51 controller made from our concepts. Launching Radio Dogma and proving to ourselves that we could actually do that. Still being here and seeing the audience still getting pleasure from the music we’ve created. The camaraderie of “us against the world”. And probably most importantly, we are still friends first.

How has Sheffield and its music scene changed over that time?

Sheffield will always be the same, it doesn’t really care about being involved in a scene, it just does its own thing and it does it in spite of everything else. That’s kinda what makes it special, we don’t all live in each others pockets, we help each other but also stay at arms length. That may sound like a contradiction but it really does seems to work. It’s a mutual respect for space and it isn’t competitive.

What do you think makes the city so important in the development of electronic music?

Probably the heavy industry around us and that we don’t really have much else. Sheffield feels more like a village when compared to Leeds or Manchester but that has helped. Things move a little slower and the rent is cheaper. You can take your time with things and don’t have to worry about much else, just the music.

What can we expect from The Black Dog over the next quarter century?

Getting there will be rewarding enough but we hope we are still making music that we love dearly, working with great artists on more collaborations, and building more controllers and synths with Machinewerks. We’d still like to make it to the USA and Australia as well. There’s plenty for us to be getting on with, we reckon we could be the next Cluster (laughs).