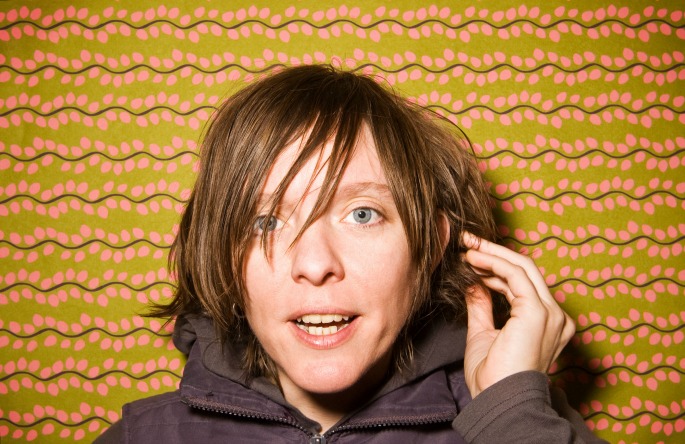 The shift between styles and ideas has long been a central tenet of experimental music, and over the last twenty years or so, Tara Jane O’Neil’s output has been practically chameleonic.

Her discography reveals an ever-changing roster of collaborators who continually help shape and reshape her sound, from her bandmates in the rock outfit Rodan to the Japanese-language vocalist Nikaido Kazumi and, on her latest album Where Shine New Lights, a host of dancer and musician friends that she describes as “a circus”. Perhaps unexpectedly, given the long list of collaborators and a range of recording locations including the Music Building in New York, the woods of Woodstock and a California dance studio, Where Shine New Lights is deeply personal and intimate. Each location and collaborator helps O’Neil achieve what she calls “pure expression”, its constant shifts in colour and mood united by a single factor – the voice and breath of O’Neil herself.

“Doing twenty-minute gong jams, or being able to settle into a drone piece, is very much a body experience.”

As you’re about to head on tour, let’s start with that. How will you be performing Where Shine New Lights?

It’s just me solo, and hopefully my guitar and my voice will make the shape of the music – just the two of us, the voice and the guitar. Danny Sasaki is going to play drums with me. It just depends on where I am; my people that I play with are scattered around the world.

Definitely a different setup from the record, then!

I always work with Dan Littleton and Elizabeth Mitchell, and Dan’s my musical foil, which is good. They had a band called Ida, and a studio in Woodstock where I record. They bring voices and they bring pianos and guitars. Jean Cook, she plays with Jon Langford and was also in the Pulp reunion band, which is so weird. She plays the strings on the record very beautifully. Ida Pearle was on my first two records. I’m forgetting my friends! Corey Fogel, who lives in LA and plays with Julia Holter, played vibraphone and some percussion, and then my very good old friend from Kentucky, Wilder Zoby, who’s actually in El-P’s group, plays keyboards. And Anna Huff sang. She has a thing called Anna Oxygen, which is electroclash-techno aerobics music, but she’s an opera singer too. So it’s a pretty rangey fleet. I wonder what it would be like if we all played together! It’s a circus.

I understand that when you work with others you like to be quite free and spontaneous, but impose limitations as well.

Right, you set up the limitations of the idea. There are these three-note prescriptions. There are all kinds of different colours and dynamics and things that can happen with writing from three notes, and because I knew what was happening in the sequence of the record, I knew that if we stayed within the three notes, then it would work somehow, at least tonally, with what was before and after.

A couple of times, it’s me and Dan [Sasaki] playing these 16-inch diameter Tibetan gongs, and we just played those for twenty minutes. You pretty much have a mallet and piece of metal to work with, and we got a lot of really amazing stuff out of that. Because then it’s just like pure expression, it’s not like trying to execute a composition or make a song, it’s just a very expressive thing made with two paws tied behind your back.

You’ve been working with dancers as well. How does that feed into your work as a musician?

If things come up they either fit with what I do or they don’t. I have some friends who are dancers and would do things while I was playing songs, and that was pretty weird and didn’t make sense to a lot of people – but I really loved it. It’s kind of like having other musicians onstage when you’re listening to one another, responding to one another, and working with one another within structural guidelines. It makes sense to have a visual articulation of something, and it’s very somatic, and all very touchable, especially when I sing with my body.

All those things form a really nice circle. All these things that are happening are with the human body, and that’s been real fun to find out. I think doing twenty-minute gong jams, or being able to settle into a drone piece, is very much a body experience. I don’t know why I do all these things but I guess the common thing that makes all these things relate is me.

Let’s talk a bit more about the body because it’s clearly been essential to the process. How has your awareness of what your body does when you’re making music changed?

I’ve entered into more of a relationship with my body, and I have a different awareness now of what it’s doing, be it with the guitar or some bamboo sticks or with my voice. Of course it was always there, but now I’ve figured out what kind of space my voice needs in order to do its thing, and what I have to do as kind of the landlord of the body to let the voice happen. I have this voice teacher, Julianna Snapper. She is a crazy, radical artist and opera singer. She does underwater opera, so it’s become almost like some kind of yogic or meditation practice. The headspace is really similar. It’s real different from like a few years ago, when I was struggling to hear my monitors in real loud rock bands!

On, say, ‘Wordless in Woods’, which has vocals but no discernible lyrics, do you think that physicality have an effect on the expressive capacity of language?

I think so. I did a record with my friend Nikaido [Kazumi], and that was language out of language. She’s a Japanese speaker, so there was no written language that was involved in it and no written language between us, just a lot of signing. I don’t know how much you’ve travelled in places where people speak other languages than you, but it’s really beautiful. It’s like a mime.

The singing without words on ‘Wordless in Woods’ is kind of like the three-note prescription. Sometimes I’ll make up a little song and sing to it, and there are no words, like “bada-bada-bee-bada-da”. I did write that one in the deep of the woods, and I wasn’t talking to anybody, and those seemed like appropriate words to the situation, really capturing the moment and the vibe and the feeling, so there was no reason to put anything else there. It’s really great to get to play that live, because I feel doing the other songs with words brings it to a good place.

Along with the wordlessness, the thing that really stands out to me on this record is the space that’s so much like breath.

I’ve also been doing Kundalini yoga, which is very much about breath and your inner fires. Actually, last week it worked out that I had Kundalini yoga straight before hanging out with my voice teacher, and that was really amazing.

Kundalini is about getting heat up your spine, right? It’s really interesting that you’re doing this not just within music with your vocal instruction but outside it too.

It’s about getting fire up your chakras. It’s not really about the poses, it’s about heat and breathing, and being able to control that, which is what a lot of the breathing and singing that I’ve been working with recently is about. The percussion on the last couple of records hasn’t been rock beats; it’s been like a pulse, and almost like breathing.

It’s funny — I kind of put together a set of live music for hour-long shows, and I’ve been revisiting some songs from my first record, which came out in 2000. I wrote and recorded that in maybe 1999, and so I was 26, and there was space, but also as I was trying to learn these songs again, I was like, what the fuck? Shhh! Slow down! I mean, I like the songs, but I noticed where my interests in music and outside of music have changed considerably. The early stuff is three guitar parts all at once. At that time I had the spatial thing going on; it’s just that I was filling it up a lot then. Now it’s all about the space itself.

How did that transition come about? It took place over quite some time.

I’m not writing confessional singer-songwriter stuff, but I do think that my life informs the music I make. So back then, I was in my twenties living in New York, and all this stuff was going on, and since then I’ve lived in the West Coast for a long time. I’m involved with dancers and weird somatic practice, and the things that I read and the people I’m with, and the birds and the other landscape.

But also playing with other people – as, like, the sideman – has been tremendously helpful, as all collaborations are.  And I think when I’m playing with other people, I often choose space as a player. In early days, I wasn’t doing that as much. I think I felt more of a need to compose a piece, and make this whole thing happen. So really, it’s been 15 years of life! And a bunch of records.

I think maybe as a result of all the different things going on over time, Where Shine New Lights is a very dualistic record, which is what makes it so compelling. Going back to what you were saying about freeness and limitation, I guess the selection process, with you at the centre, is what makes all the different people and places it draws on cohere.

A lot of the composition of the record as a whole piece happened after I’d recorded a lot of stuff. Half of the stuff didn’t go into the record. With improvisation, you have choices, but when you can get that beautiful little line between having real cerebral thought and the three-note thing – you can kind of go wild. Getting that perfect harmony of those two different kinds of vibes is pretty fun. I’d like to think that the record is a fusion of a whole lot of those dualistic notions.