The dissident: talking chamber music and Tumblr with Rudi Zygadlo 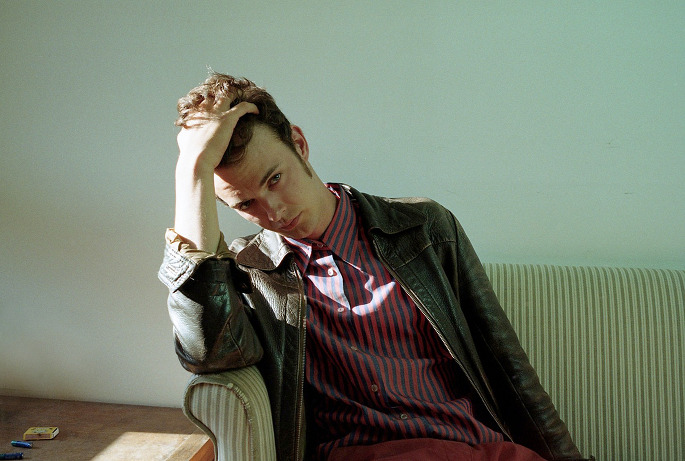 Rudi Zygadlo has long been an outsider.

His first couple of releases, for Planet Mu, saw the producer lumped with an unsuitable ‘dubstep’ tag – an epithet that seemed to belie the real nature of his work, which was rooted as much in baroque pop-pomp as it was in easy melodicism, and which sat apart not only from the genre with which Zygadlo was associated but also from much of the rest of the Planet Mu catalogue.

But just as it appears you have a handle on Scottish-born Zygadlo’s work, it morphs again. Where his debut, Great Western Laymen, fused punchy, saw wave bass with melodies that seemed delivered with dead eyes and a creepy smile, his latest series of releases has, so far, seen Zygadlo move towards predominantly acoustic arrangements. On ‘Dissident Song’, the first in a set of self-released tracks to be aired over the summer, Zygadlo’s distinctive, multi-tracked voice is accompanied by piano figures that seem to oscillate between Michael Nyman and musical theatre, with barely a synth in sight.

Zygadlo will continue to release these one-off tracks over the course of the coming weeks. Here, he discusses this new departure, working with Tim Goldsworthy, and his move into classical arrangement.

What brought you to London?

It’s my first stretch of living there, so I suppose novelty was the key factor. I live West, of all places, near Barons Court, and in a way, although I wouldn’t choose to live there, it’s kind of good not being in the cool hotspots, and being subsumed by a scene.

Do you feel that issue was a problem in Berlin?

What music was it that you should have been getting involved in?

I’m kind of saying it with the benefit of hindsight, but I’ve never been that good at integrating myself into relevant situations. But in a way I kind of like holding myself at arm’s length from things like that.

Do you feel like that’s reflected in your music, or does your music help to dictate that outlook?

I would say it’s a two-way thing, perpetuated by not committing to anything too much. In a way, that’s maybe what might come through in this new batch of self-released things, because there’s not much of a consistency, stylistically. I mean, there is an inherent continuation, but as opposed to an album where you’re striving for some continuity in it. This bunch of releases that I’m doing is going to be more all over the place.

Is that a format that you feel more comfortable with?

It’s not particularly calculated other than being able to do things in my own time, and being able to have that erratic style. I don’t know if I’m more comfortable with it in the long term – it’s just quite nice to be doing it now. It’s liberating, I suppose.

There’s been quite a dramatic progression in your work from, say, Great Western Laymen, up to this point. Is that something you recognise?

I suppose it has progressed. Whether it’s progressing in the best way, I don’t know. But it’s quite funny, because you feel like, at different junctures in your past, you’re making the right decisions, and feel like you’re progressing, and you feel like the music you’re making now is better than it was, but then there comes a time when you look back on stuff you’ve done, and think, “actually, that’s much better,” or, “actually, that sounded much fresher.”

That seems to be quite in opposition to how most people feel about their own work.

Yeah, for example when I was working on the second album, I wouldn’t have wanted to listen to the first album – I would have been tired of that. But quite recently, I’ve heard some of my older tracks, and I think, “Ah, that’s much better.”

I think it’s kind of natural. It’s like forgetting about an old pair of trousers, and then finding them again and remembering why you liked them in the first place.

Do you find yourself returning to similar lyrical themes?

I think that’s certainly something that progresses as well. Looking back, you kind of forget what you were thinking about at the time. It’s kind of like a time capsule when you listen to it – it takes you back to what your circumstances were at the time. Certainly with the first album, if I listen to that now, you see that room I was working in, and where I was, and the drugs I was taking, and all the bullshit that was going on in my life at the time. So it seems to be a bit of a snapshot of what I was doing. But as far as themes go, I think that develops. It seems to be something that reflects what I’m interested in at the time. What I’ve been doing recently, the lyrics seem to be quite trivial at the minute. I’m spending less time trying to say something interesting at the moment – I’m quite enjoying just talking shit. I go through phases of feeling like I can be bothered trying to say something lyrically, and not. And in the end it doesn’t seem to make much difference. You can end up saying something quite interesting when you don’t mean to. 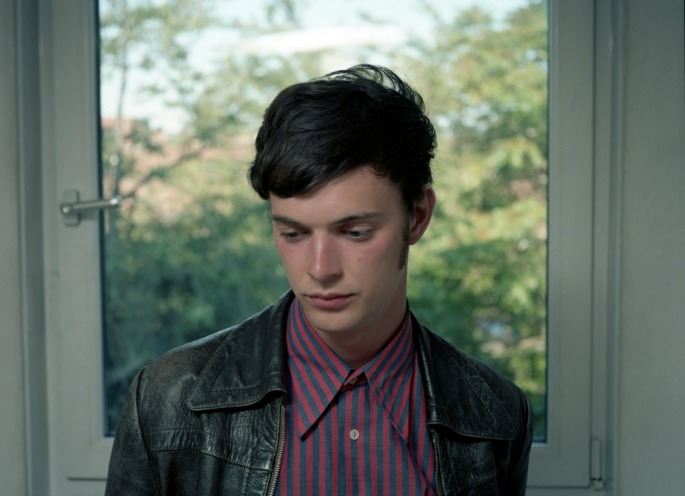 Do you ever write in character, or is everything drawn from your own life?

Both, definitely. For example, on ‘Dissident Song’ I was trying to embody a character who was feeling some sort of disorientation at living under some sort of artistically repressive regime, which ironically encourages artists to be more creative, to try and circumvent censorship. And then when that regime falls, and an artist can do whatever he wants, he suddenly realises that he doesn’t have anything to say, because he’s not got anything to rebel against. So there’s this dissonance of being free to say what you want, but actually not having anything to say because your creative raison d’etre has disappeared. But other times it might just be talking crap about being in love – something that I might have first-hand experience of, rather than something that I’m trying to borrow.

Is that importance of creative restriction something that you carry over into your own work? I know people can often become overwhelmed by possibilities, especially when they’re primarily working in the computer.

That definitely has an impact. I remember feeling that to begin with, and not trying to get all the best gear, or never making not having enough equipment an excuse for not creating something. Building up an arsenal of equipment isn’t necessarily a help. But exactly like you say, if you have too many options or choices about how you want to go about doing something, it takes longer, and it gets more disorientating. I think simplicity is quite often a help.

“I’ve never been that good at integrating myself into relevant situations.”

The latest track was produced with Tim Goldsworthy. Is that the first experience you’ve had of working with another producer?

It’s not the first time I’ve worked with another producer, but it’s probably the first time that a song has been completed successfully out of it. He basically mixed the track, and added a few little things to it. That was a nice experience. I went over to Massive Attack’s studio in Bristol to record the vocals, and just spent the day arsing around really. It was very easy and swift. It’s nice for it to work out, because quite often you work on things with people and they just don’t get finished.

Let’s talk a bit about the writing on your Tumblr. Does that feel like a separate thing to you, or is that deemed to be part of the same project?

I suppose I kind of compartmentalise it. I studied literature at uni, and I’ve always had an idea that I could write, but I don’t know whether I can. It takes me so long to do anything. I suppose it’s there to be read, so I must have some confidence in it. I’ve started drawing as well. I enjoy the Tumblr thing – it’s a public scrapbook of stuff.

Would it be fair to say that there are strong classical references in your work? You talk about Canaletto in the first piece on your Tumblr, and I know you’ve spoken in the past about writing for string quartets.

Certainly, yeah. Especially for maybe the last five or six years, I’ve pretty much only listened to what comes under the umbrella, broadly speaking, of classical music. I’ve done a couple of string quartets, and that’s what I’d like to do more of. It seems to me that you can achieve so much with those four voices. It’s a kind of homogenous sound because it’s four instruments from the same family, but at the same time you’ve got so much range, and so much possibility. You can achieve so many sonic options, so much range, with string quartets.

Most of my favourite music is written for string quartet, whether it’s baroque or contemporary stuff. It seems to me that whenever I find a new composer I look for his chamber music, and particularly string quartets. In orchestral music, or larger ensembles, there’s just less connecting. You can’t identify each single instrument, you can’t identify each player, so each instrument is proportionally quieter. It just doesn’t seem to speak to your soul as much as string quartets do. I think it’s something to do with the range, as well – it’s the same range as the human voice, so it tends to emote.

Where do you see your own music sitting? Given the labels you’ve released on, and given the dubstep tag that you had originally, the obvious answer is that it’s club music, but it seems to be becoming less and less like that.

Yeah. It’s a good question, because I’m more and more ignorant of what’s going on in music at the moment, whereas at one point I thought I knew what was going on. I don’t know what that means for my music. I suppose maybe I sat rather incongruously in certain contexts in the past. Certainly with Planet Mu, I don’t suppose I was particularly like any of the artists at the time that were released on that label. But where do I sit? I don’t know, to be honest. That’s for others to think about.