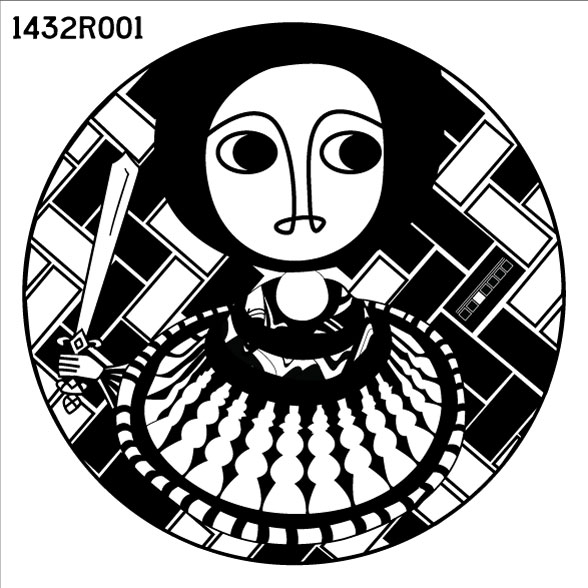 It was an unusual request at the start of an interview, but not an unreasonable one. Sipping beers and chatting over Skype, Seifu and I were separated by seven hours, 7,000 miles and probably much more. On July 1, Seifu will release his Yarada Lij EP via Washington, DC’s new 1432 R imprint, and it represents a debut for both the artist and the label. A seamless fusion of Ethiopian folk music with the rhythms and sonic touchstones from a variety of electronic styles — from house to garage and beyond — the EP is the first dispatch from a unique artist with a singular vision. [Preview the EP below with our premiere of ‘Drkness Iz’]

Our 90-minute conversation was punctuated with a handful of refrains — “You wouldn’t understand…” or “I don’t know how to explain” — but, despite his protestations, Seifu never struggled to illustrate the difference between the cultures in Ethiopia and the United States in his rich baritone. After giving my elevator pitch biography, he asked for more: “I’m still interested in your story, man, because the more I understand you, the more you’ll understand me.” After sharing more of my background, Seifu opened up about his own.

Seifu is 26 years-old, a fact he delivers with some deliberation. “It’s such a mysterious process in Ethiopia. If you ask a person how old they are, they might not know,” he explains. “Age is kinda mystical around here. The older you are, the more respect you’re given in our society, more credit for anything you have to say.”

Born and raised in Addis Ababa, Seifu studied at the French school Lycee Guebre-Mariam, surrounded by a mix of people from across Africa, Europe, the United States, and elsewhere. “People understand the boundaries between cultures,” he says, “but there was still a gap in communication.” The culture clash at school was a microcosm of Addis Ababa. “It’s one crazy city. It’s like a melting pot for Africa,” he says. “It’s a bunch of cultures clashing with each other or trying to understand each other, which always was — and still is — a hard time for a kid growing up here.”

Frustrated by the lack of opportunities for non-professionals in the city, and driven by a life-long desire to move to the States and experience “the beauty of America,” Seifu enrolled at Ramapo College, a small school in New Jersey about 45 minutes outside of Manhattan. He knew he wanted to get into music down the line, but he spent his first year trying his hand at business and English classes, without much success.

“One thing you have to understand: Ethiopian parents want you to be the best you can be, and by the best, I mean an engineer, a doctor, or something of that sort,” he laughs. Thankfully, telling his parents that he had decided to focus on music full-time went smoothly. “They told me, ‘At the end of the day, as long as you’re successful with what you choose to study, that’s all we want for you.’ It was huge.”

While in the States, he spent a summer in New York’s Washington Heights neighborhood (“I was stuck in my bedroom, all I was doing was producing.”) and would eventually meet a man who would change his life. Ben Neill is a composer who studied with minimalist pioneer La Monte Young, worked with Bob Moog, and invented the mutantrumpet; he was also Seifu’s professor. And despite teaching a class about the business of music, his advice to “focus on the creative” stuck with him; so did seeing him perform. “Once you see Ben Neill, you cannot be the same after that,” he says. “He opened me up to another way of thinking about music.”

At Ramapo, Seifu figured he would learn the ins and outs of production, before promptly working for the Beyoncés of the world; “It was some cliché shit,” he admits. When those plans didn’t pan out, he returned to Addis with hopes to further the scene in his home town.

While he names Scott Storch and Burial among his inspirations, the music of Ethiopia has been his guiding force, as he’s drawn inspiration from both the secular music of nomadic folk musicians known as azmaris and the traditional religious music created by Saint Yared in the 6th century. But he’s not interesting in translating the Ethiopian experience for Western audiences. “Our tuning systems are way different than yours. Even if it was to be put down on a synthesizer, you could come up with an arbitrary, Western similarity, but it wouldn’t exactly translate,” he explains. “When it comes to language, stuff doesn’t always translate. This is one of my biggest philosophies.”

The title of his Yarada Lij EP is one of those things that doesn’t translate (“charlatan” is close), and the title track was inspired by a visit to a “Bermuda triangle” of traditional spaces in Addis Ababa, where three azmaris from different parts of Ethiopia were performing simultaneously, improvising lyrics about passers-by while accompanied by some combination of a one-stringed fiddle, a lyre, a flute, and percussion. “I remember my friend wanted to go to the club and I said ‘no, enjoy your thing.’ I was vibing. I wasn’t listening to what they were saying, because if I gave into that, they would have butchered me with their lyrics. But that music was the root of ‘Yarada Lij’.”

More than anything on the EP, ‘Yarada Lij’ seems rooted in Ethiopia, in Seifu’s own experience. “To me, my music is about vibrations. When I make that stuff, it does something to me and I want to immediately share that with people,” he explains. “It’s not Eastern, Western, Martian… it’s about that impact. If that impact is not shared, it doesn’t matter.”