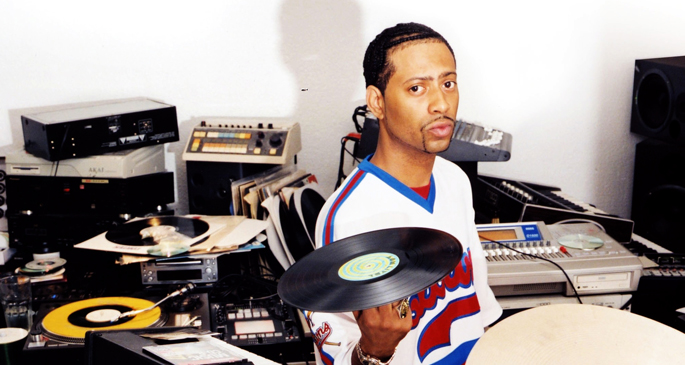 Kicking off tomorrow, Belgium’s Dour Festival is one of the Lowlands’ finest selections of modern music.

Just because we like to make sure you know what to check out, we’ve compiled a list of ten artists and bands that we reckon you should absolutely take the time to see, from drum ‘n bass veterans to world leaders in house and techno.

What can we say about Jeff Mills that we haven’t blurted out in great detail already? The man’s a living legend, and whether you give two shits about techno or not you owe it to yourself to check out whatever he feels like offering up – whether that’s meandering conceptual sci-fi soundtracks or pounding 4/4 (or both). Just remember not to throw any bottles.

Boddika’s jagged acid revivalism has been a breath of fresh air in a sea of Ableton techno and bland FL Studio house – it’s gritty, jackin’ and arouses all the kind of emotions we love to feel when we’re splaying drunkenly to pounding dance music. Keep a blotter handy.

One of the Midlands’ proudest exports, drum ‘n bass pioneer Goldie’s reputation should precede him at this stage in his career. He’s an elder statesman of the hardcore continuum, and whether you like what’s he’s doing these days or not, you owe it to yourself to pay your respects.

Yeah yeah, he’s working with Kanye, he’s making rap, but let’s not forget that first and foremost Hudson Mohawke knows how to tear down a party. Expect a blend of spastic edits, sleazy R&B, and if you’re very lucky, brand new productions (possibly featuring Yeezus himself).

“The Wu-Tang Clan ain’t nothin’ ta fuck with”, a great man once said, and while RZA might be off making movies and eating vegan hand rolls, The Chef is still spitting like there’s no (better?) tomorrow. He’s gonna play ‘Ice Cream’, so why exactly wouldn’t you be there.

Kasize gets a bit of a spotlight here with Purple innovator and label boss Joker dropping tunes alongside Croydon’s Swindle. If you’re worried that there’s not going to be enough bass to choke you to the ground at this year’s Dour, you should probably stick your head in here.

One of the most important hip-hop producers of the last decade, Madlib’s achieved almost legendary status with a constant slew of releases that touch on pretty much any genre you care to think about. His DJ sets are the stuff fairytales are made of, and if you’re up for eclecticism without cynicism, this should be exactly what the doctor ordered.

House music’s experiencing something of a renaissance right now, and whatever your feelings are on the Disclosure-wave of Chicago copyists, there shouldn’t be any argument that Theo Parrish really does it best. ‘Nuff said.

Who’d have thought that Glasgow’s answer to Sonic Youth would still be going strong in 2014? They’re having their biggest year of their entire career, and with a killer new album (and, err, a whisky), they should satiate any rockist tendencies you might need to water over the weekend’s duration.

Plastician and Hatcha were there from day one, and if you’ve got any interest in grime, or indeed dubstep (before it started getting abused by the mainstream) then this should be a bloody history lesson. Accompanied by Crazy D, it’ll be a set for the heads, we’re sure.