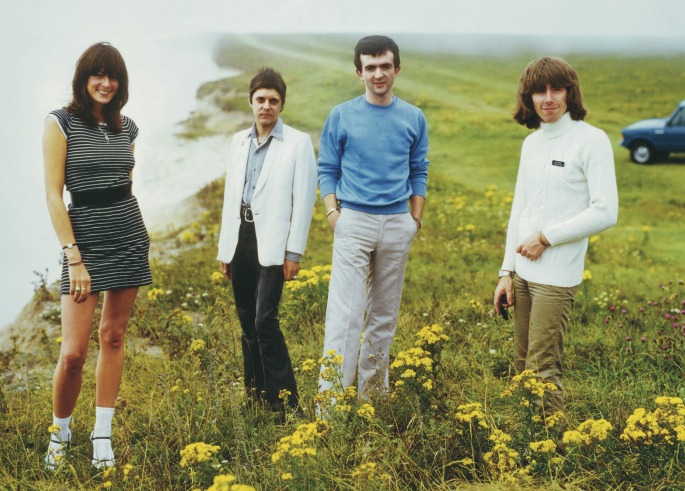 After much deliberation, there could only be one record at the top of FACT’s 100 Best Albums of the 1970s.

Released in 1979, Throbbing Gristle’s 20 Jazz Funk Greats marks a rupture in the history of music, “an open crack into the unpronounceable dimensions into which tumble important streams of 20th century pop, art and underground culture, to seethe around each other, mingling, festering, sprouting new and unpredictable forms which in turn would ooze out to infest vast sections of what comes after,” as FACT’s Joe Muggs writes in his exploratory essay on the album.

We spoke to TG members Chris Carter and Cosey Fanni Tutti, who’ve been performing and recording as a duo since the break-up of the band, about the creation of 20 Jazz Funk Greats, their idea of “industrial” music, the humour behind the album and how they perceive its legacy. 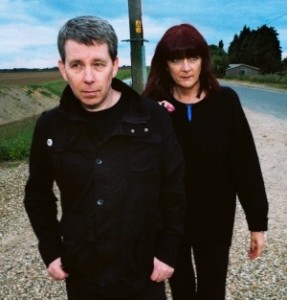 By the time of 20 Jazz Funk Greats’ release, Throbbing Gristle was nearing the end of its initial lifespan. What was your concept of industrial music at the time?

Chris Carter: At that time, in the 1970s and the early 1980s, we didn’t have a conceptual masterplan for ‘Industrial Music’. I think the conceptualisation of the genre evolved post TG break-up, when music journalists such Jon Savage, Sandy Robertson and later Simon Reynolds wrote pieces analysing, deconstructing and conceptualising what TG were and had achieved. However… reflecting now, well, as far as we were concerned anyway, the ‘Industrial Music’ concept was broadly anything produced by ourselves and anything released on our label Industrial Records. But for many fans of the contemporary Industrial scene there lies the problem. Our definition of ‘Industrial’ then was a very broad one, it’s definitely not so much now.

Cosey Fanni Tutti: At the time 20 Jazz… was released there was an emerging feeling that our mission as such had served its purpose. Industrial music then was very different to the genre it has become. As far as I was concerned I knew in my gut what ‘Industrial’ meant and my notion of it was diversity but within the parameters of the Industrial ethos – which was self-defining due to the ongoing exploratory and experiential nature of our working practice. That’s why it was prudent to analyse the concept after its termination. Definitions and analysis would have placed unacceptable limitations on the creative process.

How spontaneous was the writing and recording process? It comes across as a considered, holistic work, but from what I’ve read that’s not how the band usually operated.

CC: As with most of TG’s recorded output it was both spontaneous and considered and holistic. Because we had our own studio we were often in there recording… spontaneous jam sessions, actual recording sessions, sampling and resampling, improvising, trying out new rhythms, recording new song ideas and so on. Before we began recording the 20 Jazz Funk Greats LP we spent time constructing a vague outline, a brief that the album would try to adhere to. There were certain parameters and vague notions of certain ‘styles’ that some tracks would emulate or allude to. I guess this approach is more obvious in tracks like ‘Exotica’, ‘Hot On The Heels of Love’ and the ’20 Jazz Funk Greats’ track itself.

CFT: I guess as far as the TG albums goes this one was ‘considered’ differently inasmuch as the references to, and TG interpretations of, other musical styles – but with the usual TG twist. The sound and vocals of all TG tracks were soaked in the personal proclivities and experiences of all members. ‘Persuasion’ was about my magazine work and a murder. We always defied expectation, so moving from the harsh live sound to this was interesting and fun for us. Like Chris said, we did a lot of jamming and generally experimenting with sound. From these sessions came ideas and/or full-blown tracks. The albums previous to 20 Jazz were more third mind exorcising, plus we’d acquired new equipment that sent us off in another direction.

There’s obviously an element of humour to the whole endeavour (especially the artwork, and ‘Hot on the Heels of Love’). How seriously should we take this album?

CFT: Well, the album is no joke at all. Irony and humour don’t preclude meaningful intent.

CC: I’ve always thought that, conceptually speaking, once an album is released it takes on a life of its own that those involved with its creation have absolutely no control over. It’s definitely TG’s most commercial album, and it’s my favourite TG album too, there’s such a diverse range of tracks on it. But how seriously one takes the album is entirely up to the listener, who am I to say? The cover is ultimately a mashed-up pastiche of different ‘Easy Listening’ album covers you might find in any Woolworth’s bargain bin. But what we produced, with our humorous elements alongside or usual recurring themes, may come across as an underlying tone of evil menace to an unsuspecting buyer. Which was pretty much the concept of the album anyway. To lure unwary music fans into a false sense of security, then…

Have you detected its influence in younger generations of musicians?

CC: I guess so, though don’t ask me to be specific. But over the last 30 years or so I’ve lost count how many times we’ve seen it referenced to in interviews, favourite albums lists, etc. Judging by our PRS statements it still gets a hell of a lot of plays too, which is nice. And it’s great that people still find it relevant and enduring enough to seek out and play.