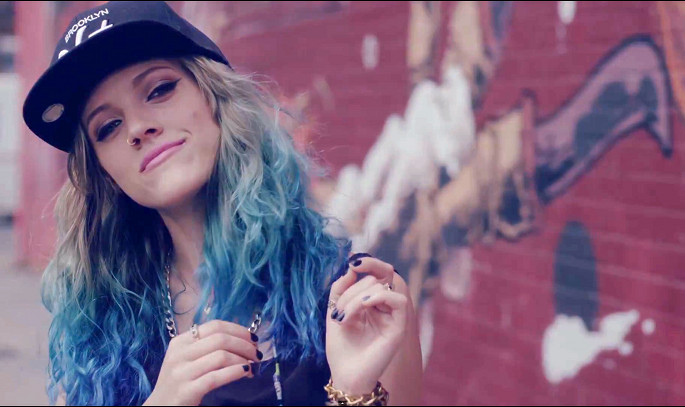 With the way individual tracks are now consumed, the idea of what constitutes a single has shifted dramatically in the last half a decade, and its for this reason that the songs reviewed across the next pages are a combination of 12″ vinyl releases, mixtape cuts, Soundcloud uploads and more. This week, we’re not going to lie – it’s a massacre. Four tracks take an absolute kicking, and one scores – wait for it – the all-time lowest average in Singles Club history.

Vashti Bunyan – ‘Across the Water’

Angus Finlayson: I never did get around to checking out Vashti Bunyan. Clearly that’s a mistake I should rectify post haste. Good to have another blank in Grouper’s record collection filled in too. (8)

John Twells: This is just lovely isn’t it? I imagine that anyone who has bad words to say about Vashti will be struck down by some kind of horrible plague. How she’s managed to still sound good after almost 50 years is beyond me – aren’t people supposed to get shit at some point? Befuddling. (7)

Joe Muggs: There’s a song on the new Vashti album that is fully Clannad… and I’m ok with that. I completely understand the people whose twee thresholds won’t let them enjoy her songs, I get the same with Joanna Newsom, though that’s to do with the twittering pretension too; something about the absolute sincerity and understatement of this gets me right *there*. If you want a fully twee review of a fully twee record: I played this to my four year old and he said “it makes me feel like stars are twinkling in the sky”. True story. (8)

Alex Macpherson: I’ve never worked out why, of all the past few decades’ undervalued female singer-songwriters, Vashti Bunyan’s one of the few to receive hipster acclaim; her music recedes into background pleasantry all too easily for me. There’s no sharpness or urgency to Bunyan’s voice or songwriting, no sense that there’s anything at stake for her; it just hangs, decoratively, in the air. Go listen to Mirel Wagner instead. (6)

Alex Macpherson: This sort of spaghetti western soundtrack with guitar echoing across the desert night is a pretty well-worn sound, and Paul White doesn’t bring much new to it. But it’s executed hypnotically and with enough details to keep the interest, and I tend to be a sucker for it anyway. (7)

Angus Finlayson: Just as fine wine is wasted on a tee-totaller, I’ve long suspected Paul White of trading in a hip-hop connoisseurship which is beyond me. With the deep-fried ‘Honey Cats’, though, I’m on firmer ground. When the vocals enter it sounds for all the world like shaggy Isle Of Wight retronauts The Bees. Is that an insult? Not sure. (6)

Joe Muggs: This probably makes absolute sense in the right context, i.e. from within a cloud of marijuana smoke the size of Western Europe, or when you’ve heard the whole album. As it is, it’s a groovy kind of confection (man) that doesn’t really go anywhere… Interesting, though. (6)

John Twells: Does this sound like Primal Scream or am I imagining things again? I think I’d rather hear Primal Scream. (4)

Joe Muggs: Bit boring. Dizzee even sounds like he’s doubting himself here, and Fekky’s always had loads of charisma but not a lot to say… Beat’s solid but no more. Hrmmm. (5)

Alex Macpherson: *raises eyebrow* Oh, you’ve come crawling back, Dizz? How convenient that you’ve rediscovered a semblance of your prime energy just as proper grime tracks are popping up in the charts again. The thing is, Dizzee selling out was never the problem: he was a natural fit for brash, hyper-commercial pop-rap, as a handful of hits – ‘Flex’, ‘Dirtee Cash’ – demonstrate, with the kind of rude, rowdy charisma that fellow ex-grime chart MCs like Tinchy Stryder never mastered. But he couldn’t even do that properly: if you’re going to go pop, your heart has to be in it, and Dizzee’s rote output that couldn’t even be bothered to keep its finger on chart trends didn’t cut it.

‘Still Sittin’ Here’ purports to be a ‘That’s Not Me’-style return to Dizzee’s roots, and as good as it is to hear that flow again, there’s still something craven about it. It’s no ‘That’s Not Me’ or ‘German Whip’; it’s a classic beat exhumed, as if Dizzee only has past glories left to offer, then remixed in the style of a provincial moshpit. Yeah, it’s technically grime rather than pop, but it’s still lazily coasting on reputation alone. (4)

John Twells: What’s the fascination with everyone retooling their old classics George Lucas style? ‘Sittin’ Here’ wasn’t exactly asking for a sequel, but I suppose this is better than collaborating with Robbie Williams. It’s hardly ‘That’s Not Me’ though is it? (4)

Joe Muggs: Quite annoying, until the bassline comes in, then it’s promising, then it gets annoying again. Again, perhaps it’s really good if you smoke all the dirty hash on the planet and drink a pint of diesel. It’s not awful, but I’m fed up of “look we are OUTSIDERS yeah” production. It takes a lot of effort to sound this naive, you know… (4)

Alex Macpherson: An obnoxiously loud mess that sounds like it was recorded in a drainpipe and doesn’t contain one single interesting element. Aren’t we over thinking this kind of shit is clever or even listenable? (1)

Angus Finlayson: L.I.E.S. seem to have stepped things up a notch lately. An EP from Randomer strengthened the UK connection, while this debut from Black Dice’s Eric Copeland, alongside a recent one from Adam X, suggests the label is tracingdisparate strands of its New York heritage. Heatstruck disco(rd) edit ‘Uncle Sam Blues’ is a janky mess, but that’s obviously the point. The label’s own description – that it’s akin to “eating an ice cream cone off city blacktop in August” – nails it better than I can. (6)

John Twells: I’m not mad at Partynextdoor at all (okay, maybe for the name), but I’m struggling to understand how he’s gonna separate himself from anyone else when he keeps ripping them all off. He’s like Drake-lite with a side helping of Future – same songs but with slightly less personality and charm. ‘Recognize’ is fine, but why does it need to exist? (4)

Joe Muggs: Really weird the way the damp-sounding beat and whiney tone of the vocals butt up so weirdly against the attempts to be triumphal in the lyrics. It probably says something about the deep ironies of American society but basically it just sounds a bit miserable. (5)

Alex Macpherson: No platform for Drake. No platform for creepy misogynists like The Weeknd. No platform for anyone whose entire MO seems to be hero-worship of those abhorrent artists. Stop smearing your faux-sensitivity over my speakers, it’s leaving an unpleasant stain. (0)

Joe Muggs: This makes me yearn for death’s sweet embrace. (0)

Alex Macpherson: Consensus kneejerk outrage over pop songs is always suspect. This soundtrack to oblivious gentrification is terrible, yes, and so are the protesting-too-much pass-the-smelling-salts reactions from white, privileged, middle-class people who are a lot more similar to Catey Shaw than they’d like to admit. (If it was actually designed to hit too close to home for those people, it would be a laudable troll indeed.) You wrought this, so cast out the beam out of thine own eye. And what makes “hipster” (insert all scare quotes necessary here) culture such a special snowflake that it shouldn’t endure its own corny ‘Empire State Of Mind’ anthem for people who only think in clichés? The song’s real sin is that it sounds like a lazy take on Katy Perry’s already-mediocre ‘California Gurls’. (0)

John Twells: Being married to an authentic Brooklyn girl, I decided to ask her what she thought before weighing in myself. The sentences “what the fuck is this shit” and “can you give it a negative score” were uttered, disgust was shown, real pain was seen in her eyes. The thing is, Brooklyn girls are out there working three jobs trying to pay the rent because a load of Midwestern rich kids decided to move there and drive up the prices. Then they write a fucking song about it? Fuck off and take your twee vocals with you. (0)

Angus Finlayson: Like Mr. Burns and his diseases, the awful things about this song are so manifold that I can’t seem to write any of them down. (0)