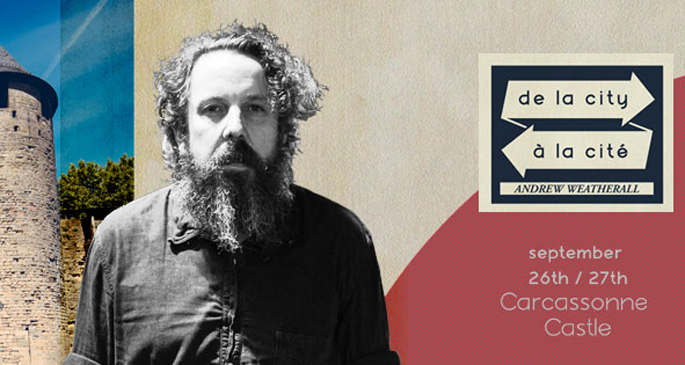 It would be fair to say, at this point, that Andrew Weatherall has indeed been there and done that.

As a member of Two Lone Swordsman and Sabres of Paradise, he was crucial part of the early techno and electronica scene, and under his own name he produced some of the most important albums of the last few decades – Primal Scream’s critically revered Screamadelica being the most obvious.

It stands to reason that the noted musical explorer should have his own festival, and the Andrew Weatherall Festival is returning to France’s Caracassonne Castle for its second year. A two day affair starting on Friday September 26, the festival is located in the gorgeous South of France, and not only boasts a genre-bending soundtrack, but also food cooked by Michelin star chef Jerome Ryon and wine selected by sommelier Olivier Zavattin. It’s all a far cry from the muddy British gatherings we’re all used to.

Musically, Weatherall has picked an unsurprisingly eclectic selection of acts – from Ennio Morricone-influenced French band The Liminanas and Bucharest-based Turkish music obsessives Khidja to David Cronenberg fetishist Scott Fraser and The Asphodells. Weatherall will also be performing himself, as Andrew Weatherall’s Music’s Not For Everyone, and that probably doesn’t need any introduction at all.

If you fancy a trip to a French castle and some bloody great music while you’re there, then head to the De La City site immediately.