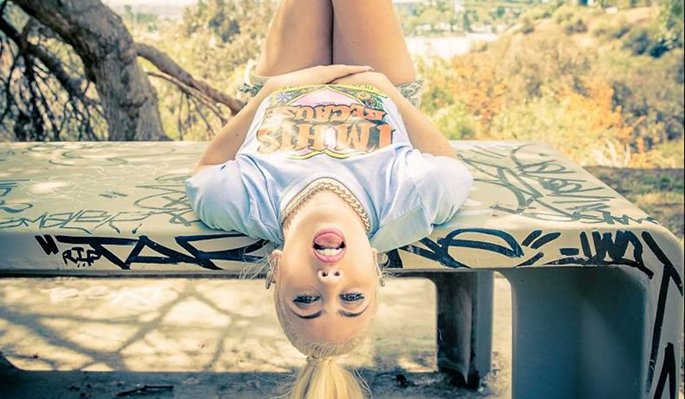 Unlike a lot of rap critics (and of course, SH could never, ever refer to themselves as critics), they’re also about as unsnobbish as it’s possible to get, and are always trying to make things happen – they’ve been behind some of the most interesting rapper-producer hook-ups of recent years. Every month, they’ll be rounding up 10 hip-hop tracks that have got them in raptures – between this column and Chris Kelly and John Twells’ weekly mixtapes round-up, we should have all bases covered.

Every great song should feel like the greatest song of all time, and there’s no better example of that this month than Young Thug’s ‘Me And My Drank’ tribute. Completely engulfed within the beat, Thugga’s passion for lean is so palpable this feels like a real moment in what can only be described as soul music.

iLoveMakonnen – ‘Club Goin Up On A Tuesday’

ATL rap weirdo with the most pop potential since the combined efforts of Big Boi and Andre, iLoveMakonnen is just so raw and uninhibited – something he attributes to the Based God’s theory of being comfortable embarassing yourself – listening to him croon his heart out sounds like what you’d imagine streaking feels like. And out of a good half-dozen recent could-be hits, the exhilarating ‘Club Goin Up…’ marginally edged out songs like ‘I Don’t Sell Molly No More’ and ‘Maneuvering’ as the opener for our new show on Soho Radio.

[Update: Drake just jumped on this!]

There’s something about the rhythm and bounce of a lot of Memphis rap that doesn’t immediately connect with the masses. But thanks to the unstoppable forward motion in Zaytoven’s beat, ‘Preach’ has the momentum to get the unconverted behind one of M-Town’s most commanding voices.

One of those songs a lot of people might overlook until the freestyle covers and radio play, Gotti lost it on this one, and the streets are backing it. Throw Boosie and K Camp on the remix and it’s a done deal.

Chedda’s ‘Flicka Da Wrist’ is as close to an official Southern Hospitality anthem as you’ll get this month. And judging by the crowd reaction at our last few parties, and what might be the early stages of a full-on Vine explosion, we very much expect it to break outside of his Houston hometown. A typically hilarious Beat King on the remix doesn’t hurt matters either.

There’s about to be a lot of pieces written about Kali Uchis and some definite comparisons to a certain neo-soul icon off this track alone. Nonetheless, its impossible to deny just how natural she sounds over those Roy Ayers channeling vibes and may just be the one who manages to capture a few world by just doing her.

Young Thug standing in the full New Atlanta glare has meant Rich Homie Quan’s been able to just quietly release quality music post-‘Type Of Way’, including one of the undisputed mixtapes of the year. Quan made us a promise that he will ‘not stop going in’ and he’s making good on this by further owning his sound, the true sound of ATL in 2014.

A low-key favourite of the year from Mustard and his artist RJ gets one of the most perfectly curated and hungry remix line-ups in a minute. It’s not easy deciding who takes this one, but it says a lot when hometown heroes Nipsey and YG and an always-inspired K Camp don’t take the shine away from a murderous verse from RJ himself.

We all know the exact moment that Jeremih went from being perennially underrated to everybody’s next up, but since then he’ss spent the last couple of years with a scattershot approach to releasing music. However, we can finally can feel him locking in to the third album proper, and teaming up with Southern Hospitality favourite Key Wane gives us the Jeremih we want as he floats all over this one.

Don’t be surprised if Mind Right becomes the choice soundtrack for most WSHH clips over the next few months, as when young artists from Atlanta decide to create a hook, they’re really deciding to create a lifestyle…and that’s word to Lifestyle.