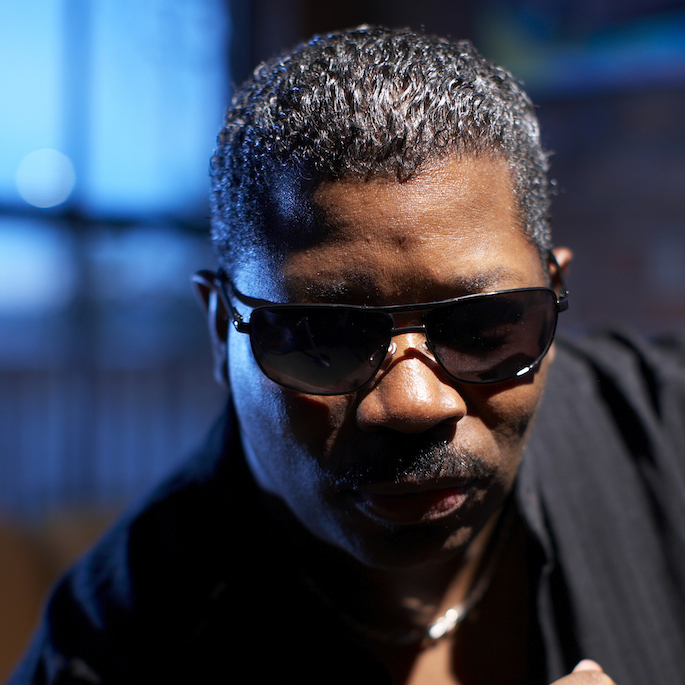 In the 1970s, southwest Ohio was a hotbed for funk, especially the kind that would be instrumental (literally) in the development of West Coast G-Funk.

Since then, the music of The Ohio Players, Zapp, Lakeside, Heatwave and Faze-O has continued to influence funkified musicians like Dâm-Funk, Thundercat, Redinho and 100s, and at times, it seems that funk has come full circle — a development truly exemplified by Steve Arrington.

Arrington was a member of Slave, a key part of Dayton’s funk scene best known for hits ‘Just A Touch of Love’ and ‘Watching You’. After finding success with Slave, he struck out on his own in the mid-80s before leaving the music industry in 1990 to become a minister. And while he returned to the music business in 2009, it wasn’t until he linked up with Dâm-Funk a few years later that Arrington would fully commune with the music he helped birth back in Dayton.

Speaking via phone, Arrington looked back on a career that has spanned over four decades, noting that while he might be known for his elastic voice, everything started with percussion. “As a little homie,” he recalls, “I was playing pots and pans and books, even before I got my first drum set.” He played drums in his brother’s band, the Soul Agents, and would spend his pre-teen years playing in the Soul Illusions and Eluders, opening for soul acts like Spyder Turner, Jerry Butler, and Erma Franklin at the Lakeview Palladium. “In the 8th grade, I’d go to school during the week, and then open for national acts on the weekend,” he says. “I was getting exposed to such great music.”

“We had that Dayton attitude in the music.”

After high school, Arrington headed to the Bay Area to try to make it, and connected with the fabled Escovedo family, playing Latin jazz with Pete Escovedo, Sheila E, and — for a time — Carlos Santana. He had replaced fusion legend Billy Cobham in the drum seat, and while he describes “trying to fill the shoes of the greatest drummer in the world” as a daunting challenge, it was an experience that has informed his entire career.

While he was on the West Coast, a few of his former bandmates had started Slave, scoring a number one hit with ‘Slide’ in 1977. After their second album, they sought a change in drummers, and Arrington — fresh off touring with the Escovedos — was a natural choice (“they dug my groove”). He recorded percussion and background vocals on The Concept, and while he manned the bridge on album cut ‘Coming Soon’, he was mostly content to sit behind the kit.

It wasn’t until recording the title track of their next album, Just a Touch of Love, that Arrington would jump on the mic full-time, albeit by happenstance. The singer scheduled to record vocals for the track hadn’t shown up to the studio for weeks, and producer Jimmy Douglas started sending other members of the band to the mic in the hope that they would come up with something. Taking his turn, Arrington improvised the melody line, and while some in the studio thought it sounded strange, they all agreed that it worked: his style was born and his new role in Slave defined. Arrington’s style continued to develop while singing on the road, and by the time Slave recorded ‘Watching You’, he recalls getting even more adventurous on the mic.

“[My bandmates in Slave] really respected the work I was doing, just letting me bring my melodic sense and lyrical approach to the music and do my thing — they welcomed it,” he says. But after 1980’s Stone Jam, a variety of unresolved business, management and personal issues led to his departure from the band. “It wasn’t a musical thing,” he maintains, “just the other aspects didn’t support the music.” He admits that it is an age-old industry story: “You’ve heard it before, that’s for sure.”

While Arrington had branched out on an experimental solo record in 1980 (a Salsoul single that was mastered by house legend Larry Levan), his first true solo experience was as the frontman of Steve Arrington’s Hall of Fame, on a self-titled album that saw him push funk in new directions. “I wasn’t trying to chase the Slave sound, and it was easy for me not to, because I had musical ideas of own,” he says. “The songs sounded totally different. We had that Dayton attitude in the music, but it was less the melodic, sing-song thing that Slave did, and more earthy and gritty.” 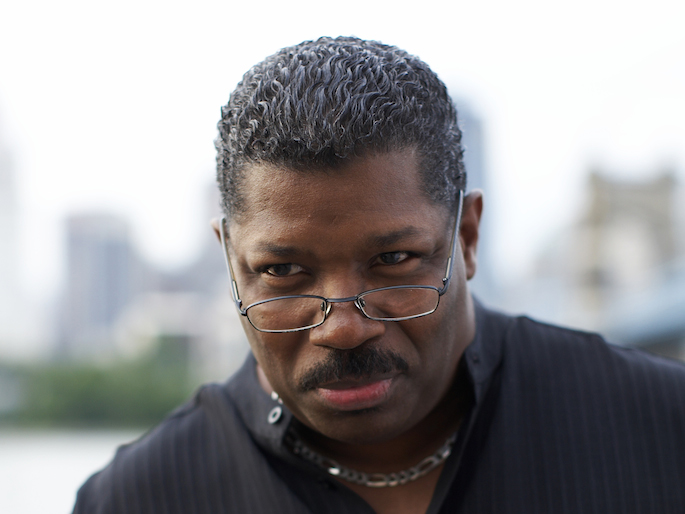 Beyond the soul and R&B of the time, Arrington was inspired by the Mahavishnu Orchestra’s jazz fusion, the prog-rock of Yes and Gentle Giant, and orchestral works like Stravinsky’s The Rite of Spring and Copland’s Billy the Kid. But while the band released a second album in 1983, their record label chafed at some of Arrington’s creative choices, nixing songs like the jazzy ‘Tribute to ‘Trane’ and the art-rock inspired ‘The Message’. “It was a sad thing for me at the time,” he admits. “I was trying to show that there was a lot of sides to me and more diversity to what I could do.”

By 1990, he had left the music business for the ministry. Rather than a rejection of music, he sees the move as part of his musical evolution, pointing to artists like John Coltrane and Carlos Santana, whose music eventually began to reflect their growing spirituality. “I had come into fame as this lead singer guy who had done some special records, and as I moved on to a full-blown search for God, it all made sense for me,” he explains. “It wasn’t the struggle that people thought it was. I just saw it as walking deeper into the musical and spiritual journey that I had always been on from the beginning.”

While he continued his journey, his music (along with that of his Ohio peers and the Parliament-Funkadelic axis) was becoming fodder for hip-hop, especially West Coast G-funk. Most notably, N.W.A.’s ‘Gangsta Gangsta’ sampled his ‘Weak At The Knees’, while the bass of Slave’s ‘Just A Touch of Love’ turned up on De La Soul’s ‘Keepin’ The Faith’, and Snoop’s ‘Gin and Juice’ reworked their ‘Watching You’ into its iconic hook.

“I just saw it as walking deeper into the musical and spiritual journey that I had always been on.”

But while Arrington had witnessed hip-hop’s beginnings — The Sugarhill Gang and Grandmaster Funk opened for Slave in 1979 — the battles over sampling had not yet been resolved. “People were making music with these collages of history, but people weren’t getting paid,” he says. “Once the business template was developed, and people were getting paid, my perspective of it changed.”

Arrington eventually decided to return to music, aiming to “spread the love that I found in the church and bring it back out into the world.” He released the gospel-tinged Pure Thang in 2009, but the album was uneven and didn’t reflect his current music tastes, which tended toward the leftfield hip-hop of Flying Lotus, Madlib and Ras G, and the electronic explorations of Hudson Mohawke and Massive Attack.

That changed when funk obsessive Damon ‘Dâm-Funk’ Riddick reached out via social media and asked if Arrington would collaborate on a single. Riddick impressed Arrington as “a cat that was keeping funk alive,” and he signed up for the record that would become Goin’ Hard. Stones Throw boss Peanut Butter Wolf (who coincidentally first bonded with Riddick over old Arrington performance footage) soon got involved, and a planned three-song collaboration snowballed into six songs, then nine, and then an album, last year’s Higher.

Later that year, Arrington appeared on ‘1Question?’ on 7 Days of Funk, an album by Riddick and Snoop Dogg under his Snoopzilla alias. The second stage of Arrington’s career had come full circle: sampled by Snoop in 1993, collaboration with him in 2013. Performing in support of Higher, Arrington found new peers in Dâm-Funk, Flying Lotus and Beat Junkie vets J Rocc and DJ Rhettmatic. “It continued to develop my excitement, finding people who thought more like I did,” he says, “people who think more like jazz musicians, who keep searching and pushing the envelope.”

With one eye on the future, Arrington recently took time to revisit his past. The Way Out (80​-​84) retrospective (due out on September 29 via Tummy Touch Records) collects not only his classic material, but also five recently-finished tracks that began life in the ‘80s but were deemed “too progressive” by his label at the time. Revamping those demos with new vocals and music, Arrington felt he had to walk a fine line, trying to “stay true to what the track was then but inserting enough of where I am now.”

The single ‘Without Your Love’ seamlessly combines old and new, and when informed of the FACT Singles Club’s positive review, Arrington was touched. “That’s the greatest compliment: that it doesn’t sound dated, but it’s true to where it came from,” he explains. “Especially at 58, to look back at where I was at 25, and to be able tell my younger self, ‘I’m respecting your creativity,’ and for my younger self to say, ‘wow, you’re still being creative’, it was wonderful to do that.” 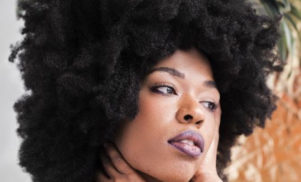 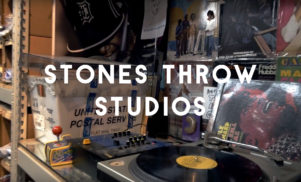 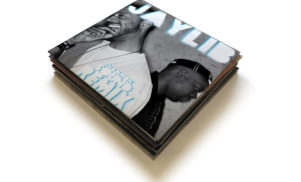 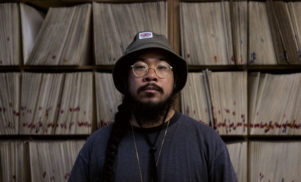 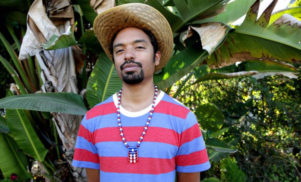