And this one time…the best Bandcamp releases of the month: August 2014 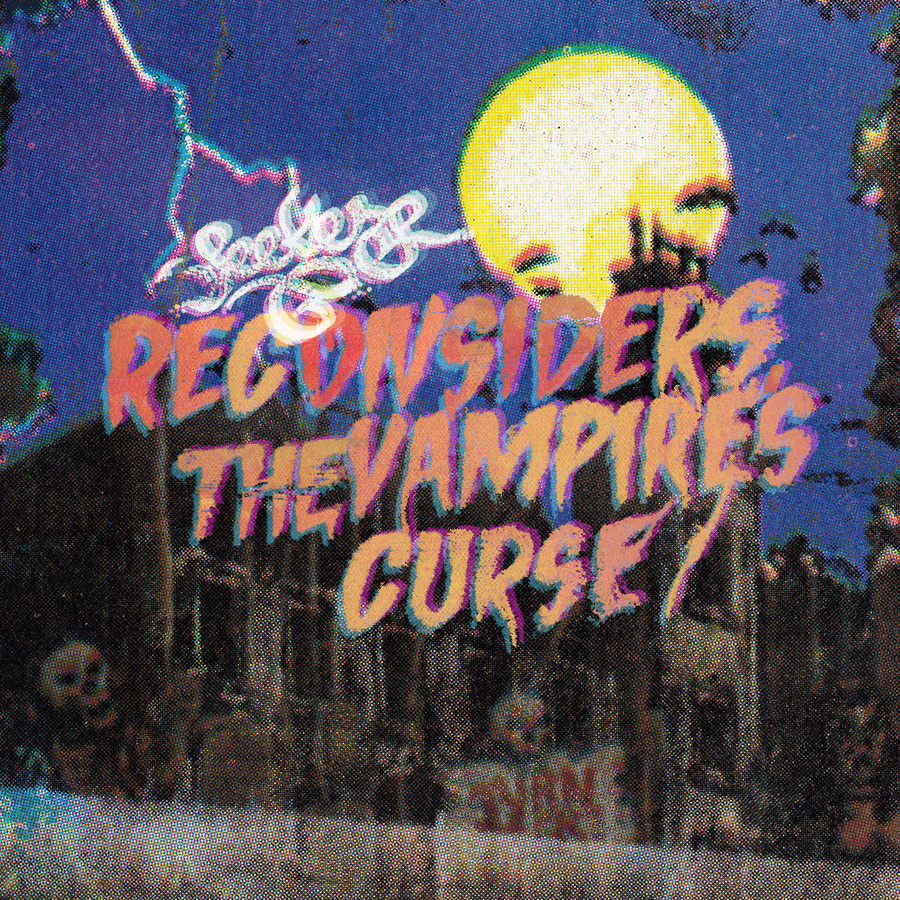 In this month’s Bandcamp column we puff with a pair of L.A beat makers and zone out to hypnotic loops, Canadian dub heads soul clash with Scientist and one of El-P’s sonic architects drops some machine funk straight to VHS. Elsewhere, Portland’s Sunhammer returns with a lean pop-minded project, there’s anonymous dance music from the UK and textural sounds from the grid of Mexico City.

Los Angeles-based producer Knxwledge has been grinding away on Bandcamp since 2009, making him one of the longest-standing artists on the platform to be featured in this column so far. For the most part he’s used Bandcamp to supplement his more traditional releases on the likes of All City and Leaving Records, clearing out small fragments of his supposedly huge treasure trove of beats – read: his hard drive(s) – shaped into EP and albums with a distinct beat tape-like sound and appearance.

The first HexualSealings dropped in 2011 and three years later we’re at part 7: 14 beats, loops and sketches, with a hazy clarity reminiscent of fellow Californian and beat supremo Madlib. Before you think that last comparison might be too far an accolade, it’s worth noting that Stones Throw have now picked up the East Coast born and raised producer as a full-time artist.

Let’s face it: touching dub classics is risky business. Many have tried and most have fallen, their bodies drained of life by the spectres of Jamaica’s greats. The few who do successfully reinterpret dub classics, however, tend to make you sit up and pay attention.

Portland’s Boomarm Nation label is no stranger to this column and they return this month with the British Columbia collective SEEKERSINTERNATIONAL. SKRS take Scientist’s classic Scientist Rids the World of the Evil Curse of the Vampires and resuscitate it inna zombie style: hacking and chopping, dubbing and pulling until the original is but a mere ghost in a sea of echo, sub vibrations and snare reverberations. A dubwise meeting of the old and the new that doesn’t suck.

King Mono is a duo composed of Little Shalimar (Torbitt Schwartz) and Jeremy Wilms, two accomplished musicians and producers who first met in the rhythm section of Afrobeat group Antibalas in the 2000s and went on to form Chin Chin, a disco and soul band with the unique accolade of having released an album on indie rap powerhouse Definitive Jux. Fun fact: alongside his brother Wilder Zoby (who completed the trio of Chin Chin and was featured in this column last year), Torbitt regularly works and tours with El-P in the studio and as part of his live band.

According to the label, King Mono’s music is “consumed with the sweet spot between funk, hip hop, rnb, house and 70s rock, coming from quirky electronic impulses based around a bunch of analogue synths and drum machines, modern programming and psychedelic mushrooms.” And to be honest with you, a lot of music these days could do with more psychedelic mushrooms.

The five tracks that make up Straight To VHS certainly live up to label’s bold pronunciations and the pair’s extensive experience and diverse backgrounds. ‘Tiger Tiger’, ‘Room’ and ‘Mosca’ are drum machine funk at its finest, effortlessly balancing gritty with sexy and featuring vocals from Tiombe Lockhart, Micah Gaugh and Chico Mann respectively. And then there’s salsa-cum-rock with David Lee Roth on ‘Corriendo Con El Diablo’ and an ultra slick, tuxedo-wearing version of Notorious B.I.G’s ‘Can I Get Wit Cha’. Now imagine a whole album of this.

We go back to Los Angeles with Zeroh, the MC and producer who came up in the late ’00s LA underground alongside Jonwayne and a host of others. Unlike many of his peers Zeroh has stayed relatively below the radar, not for lack of talent but rather what feels like a dedication to his craft. After all good things come to those who wait, right?

Lyrically the young MC fits right into a long lineage of L.A weirdos, a Busdriver or Subtitle for the new generation, twisting metaphors with the same ease as a Japanese salary man slurping a bowl of ramen. Sonically he’s just as far out but more subdued – no bad thing seeing as ‘far out’ in terms of production can so often equate to unlistenable.

Zeroh’s knack for building subtle hypnotic loops and layered compositions is on full display with Pool Party, a thirty-track album designed as the soundtrack to a book by Australian artist Ryan Asher McShane on the themes of “mind control, magic, human psyche and the ocean – all governed by the moon.” While you can dip in and out (no pun intended) of the album as you would a more common beat-tape, immersive and repeated listens are required to really discern Zeroh’s attempt at evoking those themes through the music. Sit back, relax and zone in.

Blind Music is a record label experiment that aims to answer the overload of information we are subjected to on a daily basis. The label strips it all away by serving up music in short EP formats with absolutely no information about who the artists are. The idea may not be new but when it’s well executed it certainly works in getting the point across.

EP.3 offers up four tracks of drum n bass – three rollers and one curveball – aimed squarely at the dance floor and with an attention to detail, savvy and polish that leads you to think that those responsible are far from new to this. Then again the point is to not get bogged down in the details, so less typing and more pressing play. Run tunes.

Yet another return to the column this month, this time from Portland-based producer Sun Hammer and his new Yung100 project alongside Andrew Weathers.

Together the pair have crafted four tracks of lush, nostalgic and dreamy pop with a hip hop twist. Sonically it makes a clear nod to the flavours du jour with slow, booming drums, bright synths and effected vocals subtly arranged and with a flair for composition. Main Attrakionz’s Squadda B makes an appearance on ‘Harrington Point’ lending his lean flow to a trap-inspired production that wouldn’t be out of place on the latest hot mixtape of the day.

We round things up this month with Bristol-based Ghosted Records and a five-track EP from MIRAPID, a producer that Google tells me had his hand in a British hip hop group called Se Fire.

The Green Season is a collection of dancefloor tracks that draws from much that has proven popular in recent years yet manages to avoid the pitfalls of uniformity. There’s rolling eyes-down vibes on ‘Morning’, ghostly 2-step on ‘Broken Limb’, ‘Zombie Pool Party’ (with a nifty percussion loop to boot) and the title cut as well as blurred ambient on ‘Strings For Synth’.

Simple and to the point, The Green Season certainly warrants putting MIRAPID in the ‘one to watch’ section.

This month’s tag search started with St Petersburg in Russia – well, technically it started with worship music but I won’t tell you about DJ iRock Jesus and the worship trap scene – and ended up in Mexico City with the Distrito Federal tag. Where Russia had a lot of punk on offer, Mexico City was busy with electronic music and it’s amid the patchwork of bright covers that a-rp’s artwork stood out, striking a distinctly sombre mood against the brightness of it all.

Opaco is a two-track release of slow-moving, textural techno etched with sounds from the city, the sort of music you may imagine soundtracking a bleak portrait of a city covered in pollution, bathed in turmoil and in which people are trying to find their place in the world.

If you like what you hear, I recommend checking out his other releases who carry the theme into even more abstract territories.