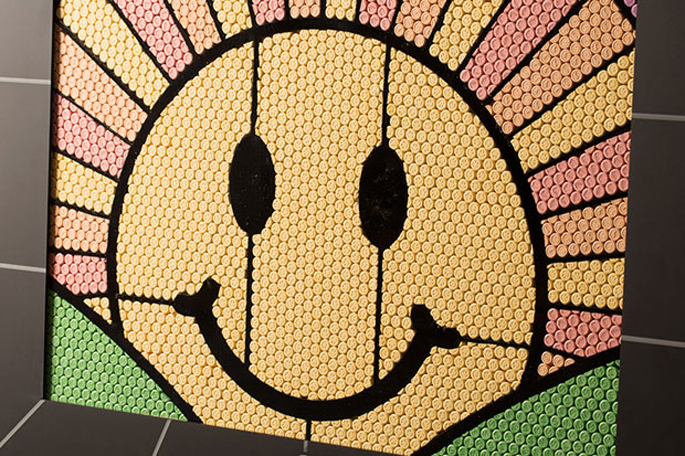 Some bright spark in London has decided to use the humble pill as the focus of another collection of art. Chemical X famously designed the original Ministry of Sound logo, so he’s clearly well-acquainted with the little fellers, and he’s also managed to notch up collaborations with Damien Hirst and Banksy so it’s worth taking his art seriously too.

As you can see from the examples below, he’s taken a ruck of coloured pills and put them together into a series of images – the peace dove, a giant smiley face – and while it all might look a bit Teletubbies gone to Shambala from a distance, up close it’s as beautiful a sight as you’re likely to behold. Now that’s art.

His last London show (which used around £175,000 of ecstasy) was reportedly cancelled for obvious reasons (he turned up with a bunch of drugs in frames) but his new collection is apparently due to be shown in London this month at the The Ark, from September 26 to October 2, or at least until the filth turn up and snatch the lot. [via Mixmag]

If you fancy a bit more rave culture, check out the FACT rave a-z. 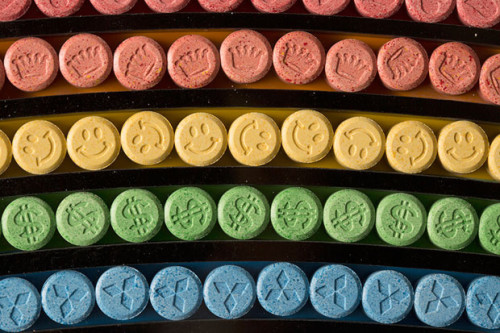 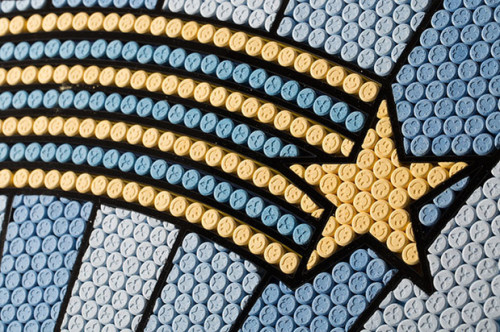 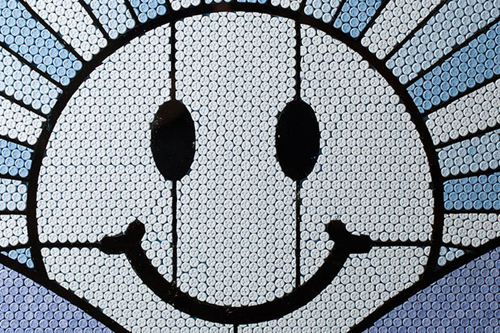 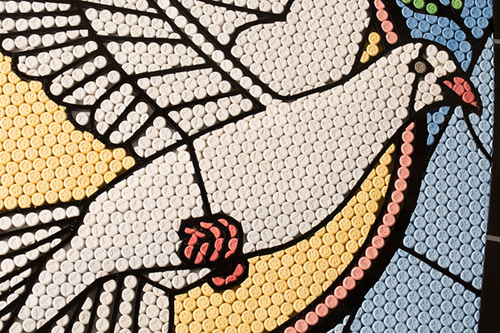