Striking oil: Radiohead’s Jonny Greenwood on bringing There Will Be Blood back to the stage 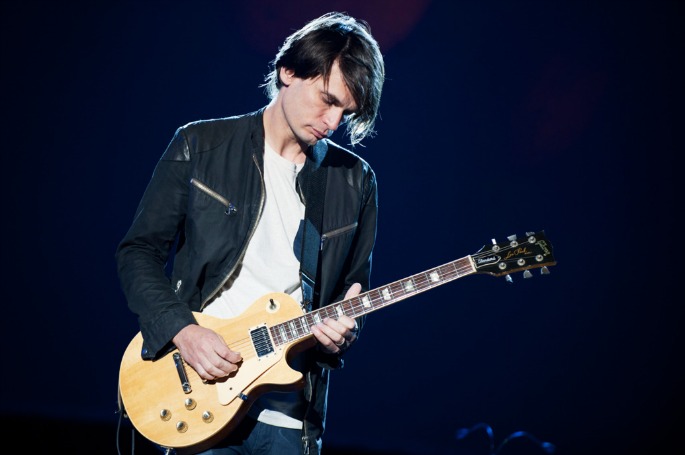 For decades, Jonny Greenwood has laboured under his mop as Radiohead’s virtuoso guitarist and all-round multi-instrumentalist and technician.

But as Radiohead’s output slowed post Hail to the Thief, he began applying his training to more classical pursuits, scoring a clutch of films, most notably There Will Be Blood and The Master.

Greenwood’s crossover from the rock stable across the barn to contemporary classical is a path that has been recently taken by several other trained musicians. Richard Reed Parry of Arcade Fire put out his stunning Music for Heart and Breath album this year; Tyondai Braxton from Battles has been commissioned by several orchestras from across the globe; and The National’s Bryce Dessner has collaborated with classical composers Steve Reich and David Lang. Jarvis has even dipped his toe in, with a commission to score Steel, an ode to Sheffield’s industrial heritage.

The London Contemporary Orchestra (LCO) has been the most crucial British orchestra in connecting the rock world with the classical world, run by Robert Ames and Hugh Brunt, two young turks that set it up six years ago when they were fresh out of the Royal Academy at 21 years old.

“What’s happening now that is different is that there are strands of pop music and strands of classical music that are being written now are crossing over,” explains Ames. “I’ve heard the phrase ‘indie-classical’ be banded about, which I really detest! Jonny and other musicians from the rock world are so fantastically famous they often don’t come with the baggage of the past. They don’t feel the need to emulate certain composers or pigeon hole themselves.”

As commissioners and arrangers of music, the LCO has worked with musicians as diverse as Belle and Sebastian to William Basinski, from Jimmy Page to Micachu. Ames and Brunt have been uncompromising in their approach, bringing contemporary classical music – which many accuse of having entered an artistic cul-de-sac in recent years – to new audiences and taking it out of the concert hall into different spaces, most frequently at London’s Roundhouse, which has hosted much of their output.

“They bring music to life wish such energy,” Greenwood tells FACT. “If I wasn’t so lazy, and had practiced my viola properly, this is the kind of orchestra I’d have dreamt to be part of.”

Greenwood believes the recent crossing over is down to the public’s widening accessibility to music, which has given modern audiences and musicians the chance to rediscover classical music. He describes the changes afoot in contemporary classical music as “a big healthy mongrel mix of styles, like all the cleverest dogs”.

“The idea of someone only having, say, jazz, or country music in their iTunes is unthinkable now,” he says, “Perhaps that’s why I think orchestral concerts are very modern things. They’re so precarious and unpredictable, and relatively hard things to experience – the idea that music is played for one occasion for the benefit of the room, and nowhere else. The instruments are old, but the focus on the event feels to me, suddenly, very modern.”

Greenwood is taking There Will Be Blood to Manchester this Friday.