And this one time…the best Bandcamp releases of the month: October 2014 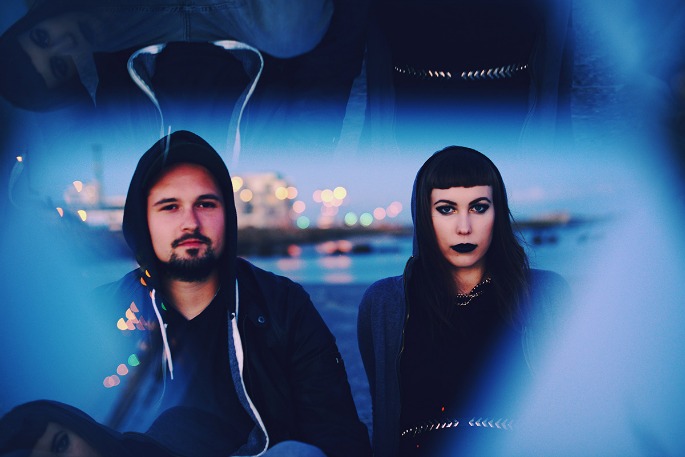 Up this month, we take a trip around the world with ancient Saharan folk ballads in a sci-fi future, heavy duty rap from L.A and Scotland, ten-ton heavy rollers from Munich, loop pedal pop from Galway, Jamaican reissues from Tokyo, psychedelic beats from San Diego, a digital incarnation of the Kalifah (caravan) from Morocco and field recordings from Silesia. Because what else are you going to use the internet for if not to take in a little of the world?
Enjoy!

We return to the excellent Sahel Sounds this month, the Portland-based label fixated on bringing sonic wonders from the Sahel region to the world. Earlier this year, the label put out a brand new release from the man behind one of the most acclaimed reissues of 2013, Mamman Sani. The elder Nigerian musician, who is in fact an English teacher, first cropped up on my – and I assume pretty much everyone else’s – radar with the reissue of La Musique Electronique du Niger, a thirty-year old album that comes across like the soundtrack to a lost 1980s video game. Since unearthing this gem, label founder Chris Kirkley has brought Sani on tour in Europe and set about reissuing another of Sani’s lost gems, Taaritt.

The melodies on Taaritt are just as beautifully innocent and playful as those found on La Musique Electronique, though this time the music is made a little fuller with a wider range of synthesizers and the addition of drum machines. The result is a soothing, instrumental cosmic ballad, described by the label as an interpretation of “ancient Saharan folk ballads in an imagined science fiction future.” Originally recorded in the Niger and France in the late 1980s, the album never saw the light of day. Thankfully, this collection of ambient-meets-new-wave-in-the-future-past is now available for all. Although not exclusively a Bandcamp release, the vinyl is increasingly hard to track down now, so this is your best bet.

Available as digital and vinyl.

I smell the blood of an Englishman. Well, actually, three men – and none of them are English. Drumset Music Works is the coming together of three producers, Scotland’s Jaisu and L.A.’s Beatnick Dee and Twiz The Beat Pro, all of whom clearly have a penchant for crunchy drums, deft sampling and that ol’ boom-bap and neck snap. I’d known of Jaisu for a while now, as he’s by far one of the UK’s finest beat makers, but the other two were new to me, so I can see how the team up might prove beneficial in broadening their fanbases.

Cunning marketing tactics aside, the music on this DMW debut is solid hip hop with a classicist approach, but none of the rose-tinted nostalgia. The line up of lyricists the trio have roped in fits perfectly: a handful of underground legends like Dilated People’s Evidence, Vinnie Paz and Tragedy Khadafi, Planet Asia, MF Grimm, Alchemist, and a group of lesser-known but equally talented lyricists like CO$$ and Joe Scudda. The result is a quality rap album that wouldn’t be out of place on an established label, but is instead available for free, which could perhaps be seen as a ballsy statement of DMW’s confidence and what they have to come.

Munich producer and Cosmic Bridge artist Danny Scrilla breaks off from the mothership for a solo EP that is as tough and dark as its title. Brought to the attention of most through his work on Om Unit’s Cosmic Bridge imprint, Scrilla has shown flair for subtle yet intricate rhythms combined with finely sculpted low end, and Monolith brings that home further.

The EP’s four tracks are by no means throw-away Bandcamp fodder – rather, they’re the result of sessions that lingered unreleased despite potential interest for the past couple of years. As a result the music fits very neatly into the eyes-down, slow/fast template that has taken prominence on the fringes of drum’n’bass in recent years, and together they form a solid set of dancefloor weapons. Scrilla’s years of working in sound system culture are evident in how blissful these can feel when played loud on a decent rig. That means no laptop abuse, kids.

Young Irish duo VOIDS, Andrew and Alison, hail from Galway and come with a rather unique musical approach: their primary instrument and writing tool is the bass guitar. Fed through effects and a loop pedal to achieve layers, the bass is then combined with more traditional rhythmical elements via the MPC to create the musical backdrop for Alison’s floating vocals. The result is a deeply rich and grabbing experience.

Taking inspiration from Jaco Pastorius, Squarepusher and Prefuse 73 as well as Björk and Karin Andersson, the young duo have spent the past few years writing, performing and practicing together, honing a formula they can rightfully call theirs. The result of all this is the Begin EP, five tracks of dark and brooding pop that’s been wrung through the loop pedal until it came out sounding like a transmission from outer space. The release, via the recently set up Fly High Society label and collective, comes backed with five remixes including fellow Irishman SertOne, rap producer Igloohost and Lewis James, who discovered the pair and helped produce this debut. [Full disclosure: I wrote the liner notes for the EP.]

Available as a limited edition cassette and digital.

Fans of Jamaican music and archival rejoice – Tokyo’s Dub Store Records has joined Bandcamp and they’re offering a sampler of their work as a way to entice you into their world. Covering the golden eras of the most powerful musical island in the world, this first sampler combines reggae, ska, rocksteady and even a little Latin vibe: a perfect way to inject some sunshine into the creeping winter months.

If you like what you hear be sure to check the full Bandcamp, which is already stacked with Jamaican classics.

I first featured West Coast producer Egadz a few months back when he teamed up with an old friend of mine, John Pain, for the psych-heavy Sinking Swimmers release. He’s back on his own this time with Matterhorn: Colormata, a collection of equally psychedelic instrumental beats in the fine tradition upheld by the likes of MHE (whom you’ll know if you’ve ever heard a Gaslamp Killer set).

Not much else to say on this one other than it’s a heady trip that lives up to its colourful moniker: think beat scene boom-bap ran through warm analogue gear until it bleeds.

Available as a limited edition cassette and digital.

I discovered this one ahead of my first trip to Morocco last month. I went to work on a music project and wondered what Bandcamp might offer in terms of Moroccan musical oddities. Not a lot, it turns out: there’s some passable house music and not much else aside from this compilation, titled after the Moroccan name for caravan.

Put together by Morocco’s first digital radio station, Kalifah 2.0 invited sixteen international artists to work on the theme of “Morocco, Orient and Occident.” The result is a pretty decent collection of worldly tracks that manage to evoke their inspirational theme without straying too far into world music cheese or chin-stroking torpor. There’s a fair amount of electronic beats and sampling, but also some jazz and more experimental works, as well as a remix of IAM’s Imhotep, a legend in the French rap scene. A nice introduction into a musical world that still remains rather closed to outsiders, unless you take a trip there yourself.

Continuing a previous preoccupation with looking at the location side of Bandcamp’s tagging system (the platform automatically adds your profile’s set location as a tag) I made it all the way to the bottom of the page until I stumbled across “Masovian Voivodeship”, which wasn’t a made up name as I first thought but rather another spelling for the Mazovia Province in Eastern Poland.

Looking for something a little different, I stumbled across Katowice – a name that caught my eye as I’d seen it before in my journeys through the Czech Republic. The four-track release is primarily ambient in nature: a collection of field recordings from Katowice, Silesia’s biggest metropolitan area, with the last track a more arranged, fuller electronic piece with an actual rhythm section. It feels like what I imagine visiting the area might be like – an auditory tour of an industrial heartland that to this day remains driven by mining. The sounds and recordings just as harsh and abrasive as the bleak cover that adorns the release.