“I never, ever want to hear this undanceable bollocks in a club”: Gwen Stefani, Meridian Dan and more reviewed in FACT Singles Club 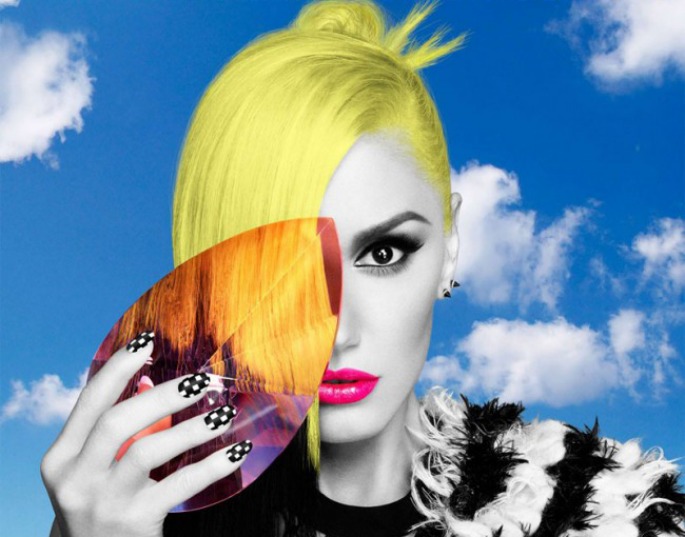 Alex Macpherson: Hessle Audio have built their reputation with records that do a tremendous amount with very little, using negative space to magnify their impact. ‘My Legs Wouldn’t Go Quick Enough’ certainly contains very little, but it doesn’t do a whole lot with it: you find yourself clock-watching while restlessly waiting for something to happen. Nothing does. (3)

William Skar: Pretty sure that title is a reference to Delia Derbyshire’s Dreams, and that’s the way you need to take this, really: as a dancefloor tool, it’s a busted flush, but as a textural piece, it’s cleverly detailed and quietly involving. (6)

Scott Wilson: First of all, Bruce has probably got the most brilliantly stupid techno moniker name since Skudge, and holding that thought in my head while I listen to this only adds to the sense of unrestrained glee running throughout. Bruce’s recent Dnuos Ytivil record tapped into the weighty Bristol sound quite nicely, but this track sounds like a UK take on the heady techno of the Acido Records axis, which makes it pretty great stuff in my books. (7)

Joe Muggs: Bruce’s Livity track ‘Tilikum’ is one of my tunes of the year – not just because the title makes me snigger like Beavis & Butthead, but because it’s so radically funky and constantly does so many unexpected things. It was always going to be a tough one to live up to, and this certainly doesn’t have the killer blow of that track’s insanely hooky bassline – it does have lots of the same trippiness, dry humour and non-linearity though. Definitely still looking out for this guy. (7)

Joe Muggs: Cartoonish in all the best ways, like it creates images of marshmallow man / Incredible Hulk creatures made of money spilling through split jeans (and split jeans are ALWAYS funny). It’s big, it’s bashy, it’s full of shouting and punishing bass and ridiculous slithery drum patterns, what more can you want? (7)

Scott Wilson: Meek Mill isn’t someone I’ve ever taken the time to listen to, but on the basis of this, it’s something I need to rectify. Single of the week for me. (8)

Chris Kelly: ‘Level’d up. Meek might be behind bars, but that didn’t stop him from dropping his latest chair-throwing anthem. Boosie continues his string of post-prison heat, his distinct drawl a perfect counterpoint to Mill’s LOUD NOISES flow. (7)

Alex Macpherson: Meek Mill and Boosie approach this track like athletes hungry for motivation: none of this is about whatever minor slight inspired the song, but about taking it personally in order to work yourself into a frenzy just because you relish the battle. Bristling with disbelieving outrage, like all great diva strops. (8)

Alex Macpherson: From the exhumed Diwali riddim to the nagging hook, this song stakes it all on understated charm. It should succeed, and possibly would if it was by a singer who could endear with anonymity. Gwen Stefani is a woman who peaks when given free reign for grand, dramatic gestures (‘Don’t Speak’, ‘Early Winter’) or an over-abundance of personality bordering on the ridiculous (‘What You Waiting For?’, ‘Hollaback Girl’), though. Here, she either chooses to play it safe or can’t be bothered – it’s hard to tell which, but the net result is rather anaemic and pinched, and consequently the song passes all too easily from the mind. (5)

Scott Wilson: It’s hard not to feel a little cheated by the first 10 seconds of this track, which teases us with a return to the glory days of ‘Hollaback Girl’. Unfortunately, the rest just sounds like a focus group mish-mash of the past eight years of pop music together with vocals that sound a bit too close to Rihanna for comfort. As solo comebacks go this could have been worse, but when you’ve been gone for this long you need to come up with something a bit better than this. (4)

Chris Kelly: If Rihanna was putting out an album this year, she’d be singing on this earworming Benny Blanco-Ryan Tedder hit-to-be. Instead, Gwen gets a comeback track with touches of The xx and a ‘Hollaback Girl’ breakdown. Far from brilliant, but we could really use a Gwen Stefani album this year. (6)

Joe Muggs: It’s great that virtual reality is cool again, but this song doesn’t sound like it’s written for Gwen – in fact 50p says it was originally intended for Shakira. Also aren’t we well over that irritating sub-Cranberries catch/whoop at the end of a note by now? As a “wouldn’t put headphones on and listen to something else if it came on Heart FM” song it’s pretty damned OK, as a “Gwen” song it’s *Harry Hill wavy hand* (5)

Scott Wilson: My only reservation with this is that this particular sound in grime is starting to become so widespread, I’m worried the bubble’s going to burst before we’ve all had a chance to appreciate how brilliant it is. If someone told me three years ago we’d be giving it gunfingers to music that sounded like a malfunctioning arcade machine I’d probably have laughed, but here we are and I can’t get enough of it. (7)

Joe Muggs: CYBERPUNK ASTHMA TRIP! My dream now is that this kind of neo-grime wig-out reaches well into the street dance world in time for the next season of Got To Dance, because I want to see people like Loading Video…

Alex Macpherson: Awkward and completely bereft of point. Not only do I never, ever want to hear this undanceable bollocks in a club, I don’t wish to associate with anyone whose idea of a fun night out involves it. (1)

Chris Kelly: The man behind ‘Quartz’ returns with more metal machine music: a grime soundtrack for a gundam battle. (8)

Meridian Dan feat. Wiley and President T – ‘So Much Cash’

Alex Macpherson: President T’s galumphing, off-rhythm verse is only here to make everything else seem better, right? Meridian Dan and Wiley try their best, but this is a song that’s very aware it’s no ‘German Whip’ and quickly resigns itself to coasting along on a beat with one idea and an air of vague menace. (6)

Scott Wilson: It’s hard not to be a bit disappointed with this – as well as being ridiculously fun, ‘German Whip’ had an aspirational quality to it that just seems to be completely absent here. There’s not really enough going on here to make me think this is anything other than boasting about money without any of that earlier track’s knowing humour. Am I missing something? (5)

Chris Kelly: It was going to be nearly impossible to follow ‘German Whip’ and ‘One Two Drinks’ with another smash; ‘So Much Cash’ just feels less essential, no matter how sinister that bassline or tight the Wiley verse. (5)

Joe Muggs: Props for using a beat that’s a bit more grimey and a bit less trappy, but the weird maximalism of it and the way the vocals are produced to sit right on top of it makes this sound weirdly like a half finished demo. Also having Wiley on your track is a bit of risk if your flow is a bit rudimentary and in just eight bars he is going to show you how it’s supposed to be done. (4)

Alex Macpherson: That gigantic fraud Panda Bear approaches arrangements like a toddler approaches smearing shit over toy instruments, and still has the temerity to honk tunelessly and relentlessly over the top as if it wasn’t already painful enough. Please can someone put him out of my misery. (0)

William Skar: Enjoyably disorientating baggy churn, with enough in the way of nested hooks to reward repeat listens. Well serviced by the Enter The Void vs. Benefits Street video, too (7)

Scott Wilson: Person Pitch and Tomboy were riffing on The Beach Boys, then where exactly is this taking its influences from? I hate to say it, but this sounds like some unpleasant union of Black Dice and Britpop. (3)

Joe Muggs: Oddly reminiscent of Julian Cope circa Peggy Suicide – which is never a bad thing. PB / Animal Collective can frequently be extraordinarily irritating, but on the whole the more they’re about groove the better they are. And this is all about groove. (8)