Farr Festival teams up with Phantasy, Street Tracks, Trouble Vision and more for 2015

The Hertfordshire party hints at the goodies on next year’s line-up.

Farr Festival has announced its stage partners for 2015, giving you an idea of some of the top-ranking house and techno selectors you can expect to hear next July.

Trouble Vision, Tief and Sessions, all regular parties at London’s Corsica Studios, will be present alongside Erol Alkan’s Phantasy label and Waze & Odyssey’s Street Tracks. Manchester’s Rubadub return for a second year, while Ransom Note and Society are back for a third and Just Jack bring their debaucherous party from Bristol.

The festival organisers have also announced their mission to return better – but not bigger – than before, with an expanded site at the same capacity, meaning no queues. They also promise that all tickets, even at the final tier, will be under £100. Finally, we’re pleased to announce that FACT will be a media partner at next year’s event! 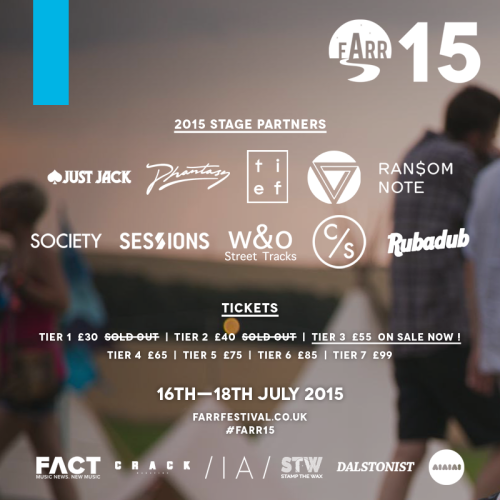