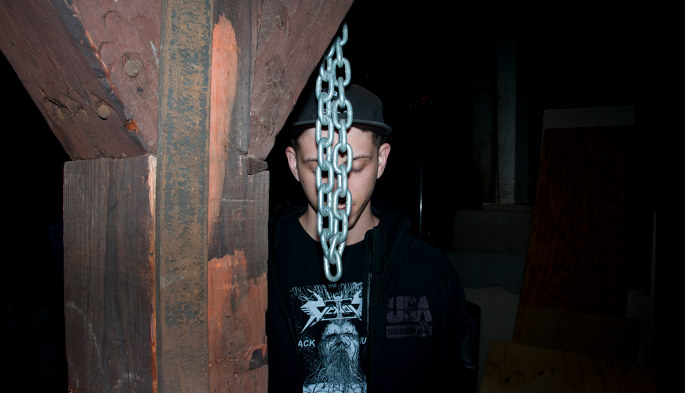 With the way individual tracks are now consumed, the idea of what constitutes a single has shifted dramatically in the last half a decade, and its for this reason that the songs reviewed across the next pages are a combination of 12″ vinyl releases, mixtape cuts, Soundcloud uploads and more. Up this week, Shy Glizzy, Caribou and Carl Craig, Shlohmo, Nicki and Beyonce and Lotic vs. the world.

Angus Finlayson: Deeply touching but with a few laughs thrown in, which is sort of how I’d like my funeral to be really. (8)

Scott Wilson: Not sure whether this is just extremely depressing or the most egotistical piece of music I’ve heard all week. (5)

Brad Stabler: Glizzy is playing a long game here, hoping like hell you eventually move past ‘Awwsome’ and take notice of everything else he’s been doing that you’re missing. He swore earlier this year that after Law 3 he would be known as the king of DC rap. He’s right – I haven’t heard a wake this good in a long time. (9)

Chris Kelly: This one is just heartbreaking: Glizzy is 21, and no matter how ‘Awwsome’ his year, the possibility of dying before his time is never far from his mind; having the hottest funeral is the ultimate — if saddest — boast. Listen to this and tell me “young rappers aren’t saying anything these days.” (8)

Son Raw: ‘Funeral’’s concept would be absolutely horrifying – as it should be – were it not for K.E on the track’s major-key gospel trap masking the medicine. There’s nothing technically outstanding about this but it’s frighteningly appropriate music for a year that can’t end too soon. (6)

Caribou – ‘Your Love Will Set You Free’ (Carl Craig Remix)

Angus Finlayson: Not awful, but getting an artist grappling with late-onset blandness to remix a track from your kinda bland album seems ill-advised. (5)

Tayyab Amin: The sound of Carl Craig forcibly dragging the track out of Snaith’s vortex of maudlinism – a place the Caribou man always seems to end up no matter what he’s singing about. Some sort of intangible barrier stands between Craig’s reworking and Snaith’s vocals in place of any gel. (5)

Brad Stabler: Full disclosure: I didn’t listen to the new Caribou record. When it comes to Dan Snaith, I grew a lawn and told the kids to get off it a long time ago – I’m one of those Manitoba, Milk of Human Kindness guys. But a Carl Craig flip? Sign me up. He’s got an ear for space and dissonance that the singles off Our Love lacked, and although it’s pretty by-the-numbers as far as Craig goes, the rusted snarl of those chords would definitely get attention as a set opener – and his use of Snaith’s vocals ain’t bad either. I may have just changed my mind about Our Love, and I’m not sure how I feel about that. (7)

Son Raw: “Carl, mate – great to speak to you – so excited to have you on board. So what we’re looking for here is something that’ll take this one to the club, something to get people sweating after they recognize the vocal from Spotify. You’ll have it in by 3? Perfect, say hi to the wife.” (4)

Scott Wilson: Much like Dan Snaith did through all of Our Love, Carl Craig sounds like he’s sleepwalking through this remix. Craig is more than capable of making incredible techno tracks out of this sort of material (see his Junior Boys remix) but this one sounds like a third-rate DFA castoff circa 2008. (3)

Angus Finlayson: Like most Lotic I appreciate this on an intellectual level more than I actually enjoy it. It’s all just a bit… ugly isn’t it? I’m trying though. (7)

Son Raw: We just spent half a month working on year end lists and here comes Lotic with three minutes of industrial madness that do a better job at summing the year than we ever could. My only complaint is that he named his sources: you’ve got to keep people guessing. (8)

Brad Stabler: This is like taking all of 2014’s weirdo producers and label bosses and sticking them in the microwave with the silverware. The power’s going to go out. (3)

Chris Kelly: Lotic grabs stems with both hands like a greedy trick-or-treater and it’s never clear where one starts and another ends: there’s Texas strip club rap, grime menace, the haunting four-note melody from ‘Only’ and a few others, but his disparate influences have been distilled into pure Lotic. (8)

Scott Wilson: Given the number of competing audio sources vying for your attention here this should be a bit of a mess, but of all Lotic’s custom-made tracks I’ve heard this is the one that really comes together as a cohesive whole. Credit also for taking the beat from Nicki Minaj’s ‘Only’ and making us all forgot about those weak appearances on the original. (8)

Scott Wilson: This isn’t my favourite track on The Pinkprint by some way (I’m a sucker for the smouldering ballads myself), but it is one of the high points. Nicki is at her menacing, sneering best but it’s Beyoncé that steals the show just for that “stop the world” line. (9)

Tayyab Amin: Yeah this obviously goes off. One of the things that solidifies Nicki Minaj’s greatness is how she can spit somethin’ intricate but also get away with those simpler lyrics you could expect to hear from 2 Chainz. And speaking of lyrics, I’m really glad Beyoncé didn’t bring anything 7/11-esque to the table here. (8)

Son Raw: Nicki’s been able to frame the conversation so that anyone who points out how unbearable her pop material is gets branded as a rap conservative/undercover misogynist. That’s a shame, because songs like this continue to prove that she doesn’t need Dr. Luke and Ariana Grande to entertain – a G-Funk beat and some ego-tripping do the job just fine. Oh, and Beyonce shows up to compete with Jay’s hook on Hood Billionaire in the “most useless guest spot” sweepstakes. (7)

Angus Finlayson: This isn’t exactly incendiary – and it massively loses its way in the second half – but it’s worth it for the weird way Beyonce’s voice cracks on the hook. That and what must surely be the longest syllable in Nicki’s career, circa 3.17. (7)

Chris Kelly: Beyoncé returns the favor for Nicki’s ‘Flawless’ remix, and once again, Ms. Minaj is the star. While Beyoncé is restrained and slinky, Nicki is as sharp as ever, asserting herself and staying current, from “on fleek” to OT Genasis. (7)

Brad Stabler: There’s an awesome song hiding somewhere here in a third of the way through: Minaj and Beyonce meet in the middle for an entirely sung interlude, and for a second, things are glorious. I wish there was more of it. The rest of the song is a complete mess. Top marks for getting a timely ‘Coco’ adlib in, I guess. (5)

Tayyab Amin: Plays through a montage of Shlohmo catching up on all the hype blogs he was mentioned in. I dig it though, tempered incense. (6)

Chris Kelly: Not much to latch onto here. With so many exciting voices to choose from, instrumental hip-hop is at peak navel-gazing. (4)

Son Raw: Spend any amount of time in Shlohmo’s native Los Angeles and you’ll find yourself on the freeway at 4AM traveling across expanses of space unthinkable in almost any other city. Every munchie run needs a soundtrack. (7)

Scott Wilson: Pleasantly surprised by this – the crushed-up synths sound like The Cyclist making instrumental hip hop and those droning chords in the background are pure 80s VHS nostalgia. Bit too euphoric in the second half for my tastes, but a lot better than I expected to give Shlohmo credit for. (7)

Brad Stabler: Anyone accusing Shlohmo of being a monotonous producer hasn’t kept up with him throughout his year. Shlohmo is known for sitting on a sound until it’s no longer welcome at his doorstep (the squelch of his 2009 work, the Shlo-Fi/Bad Vibes era are two that come to mind), but the difference between then and now is that his old stuff was interesting. Tape hiss, reverb and heartbreak may be old hat now, but it at least gave him more than a few playgrounds to wander in, and ever since he’s started chasing Jeremih full-time his sound has flatlined, stuck hanging around post-dubstep and limp trap for two years too long. ‘Emerge from Smoke’ has enough bite and hidden details to suggest he’s actually making some strides out of this rut, but he’s still very much there. (5)