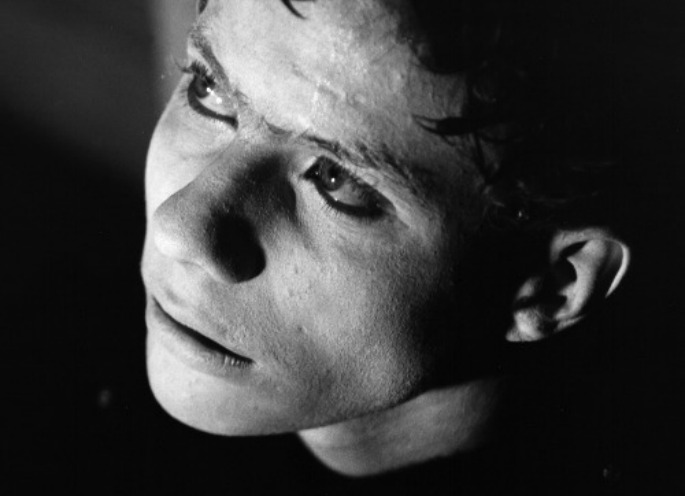 In the early 1980s, a scattered network of West German teenagers armed with four-track tape recorders, knackered drum machines and the noisiest objects they could find in their parents’ basements kicked off a DIY movement that helped fuel the country’s next wave of electronic music and underground culture.

These kids’ bands, like those that terrorised the suburbs of Hamburg under names like Intensive Styroporsymbole (Intensive Styrofoam Symbols) and Der Leichenwäscher von Boberg (The Corpse Washer Of Boberg), were the product of a divided country still living under fear of nuclear war, with a closet full of skeletons from its grim Nazi past. Connected by Deutsche Bundespost and a fearless disregard for rock convention, they traded their tapes and their influences – everything from Dada to the Beatles, the Residents to radio jingles – to build a tiny but vibrant underground scene.

Hamburg-born artist Felix Kubin, now a veteran of the electronic fringes, was 13 years old when he tuned into a TV programme that would change his life – a broadcast of “bizarre, minimalistic” electronic music by homegrown outfits including Palais Schaumberg, Lorenz Lorenz and Deutsch-Amerikanische Freundschaft that was made all the more outlandish by the sight of costumed performers leaping around the stage, serenading tulips and ironing on empty boards.

“Everyone was talking about this particular programme at school the next day,” remembers Kubin (pictured above, sometime in the ’80s). “I immediately connected to that music. I felt like I had waited for it for years. I was always disappointed that electronic sounds were integrated in rock music, until I heard the first tracks that were really made for electronic instruments. Plus, I liked these Dada lyrics that didn’t make sense at first listen.” Feeling an instant kinship to this radically new art, he grabbed his Korg MS-20 synthesizer and got to work.

“I see the compilation as a psychogram of that time. The music doesn’t hide anything” – Felix Kubin

A bundle of home recordings from that quake of DIY creativity that rumbled through Germany around the turn of the ’80s has now been compiled by Kubin for a record on Cache Cache, an offshoot of the great archive label Finders Keepers. Science Fiction Park Bundesrepublik includes several artists who became part of Germany’s electronic movement dubbed the Neue Deutsche Welle, including Chrislo Haas and Beate Bartel of Liaisons Dangereuses and DAF, Holger Hiller of Palais Schaumberg and Diet Schütte of the Pissende Kuh label, and many more of those featured on the record remain active as musicians, designers, writers, label owners and radio presenters.

“You could feel it in the air, in the airwaves,” writes Kubin in the liner notes. “There was a huge enthusiasm about new releases and sounds and production techniques. I call it ‘the fever’. I felt nearly sick with excitement around that time.” Kubin was a shade too young to be part in the nationwide tape exchange humming along out of earshot of the mainstream, but he would send out his own tapes to fans who wrote to him from other parts of Hamburg, and became involved in an even younger scene of children’s bands (recently compiled on a cassette by Cologne label ALARM). “The children’s band scene I was part of was really unique in Europe but I didn’t realise that,” says Kubin. “Much later, when I started researching for the Finders Keepers compilation, I was totally surprised by the ingenuity of the German tape scene. It seemed like a second universe next to the already startling independent vinyl underground scene of the early 80s here.”

Among the young musicians featured on Science Fiction Park Bundesrepublik are Eberhard and Scrabbie Schaible. The brothers had started out making radio plays on their parents’ tape recorder before beginning to write songs as Co-Mix, inspired by the punk explosion and, in particular, The Beatles’ ‘Revolution 9’, the White Album sound collage that brought a taste of the avant-garde into countless thousands of otherwise conservative record collections. ‘Revol Rules OK’, the Co-Mix track on the compilation, is a frenetic tape collage built from screeches and bleeps, burps and coughes, mangled accordions and braking cars, and even opens with an ominous “one, two, three, four – fire” that seems to whisper at the nuclear threat hovering over Cold War-era Germany.

Described in the liner notes as “shy, difficult and volatile”, the brothers didn’t play gigs but made connections with other bands by mail and at other shows. “There were many fanzines where we could read what [was happening],” says Eberhard. “The concerts in Stuttgart were like a meeting place where we all met, mostly in the Mausefalle.” But as the brothers developed their sound, Germany’s new wave of electronic music was swelling up and, for them, losing its shine. “Our tape was finished finally in 1983, [but] in the meanwhile the term ‘Neue Deutsche Welle’ had changed into a swear word,” he recalls. “From then on I decided to sing only in English or make instrumentals.” 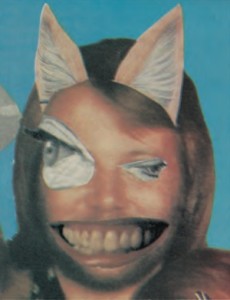 Elsewhere in Germany, Ludger Rößner had formed Lustige Mutanten in 1980 in the small student town of Marburg after he discovered The Residents, whose bloody-minded punk antics struck a chord. “My intention,” remembers Rößner, “was to follow their example, realising my own ideas and making my own kind of music without considering reactions of other people.” The group’s contribution to the compilation is ‘Mißgeburten’, a blast of lurching, angular punk with Dalek-like vocals barked over fried guitar stabs and plinky keys; the whole thing descends into spluttered rage in the final half-minute before ending with a sickly cough.

Kubin suggests these teenage bands marked a milestone in Germany’s rehabilitation after the war, as a new generation refused to dwell on their parents’ history and took up the technology of a more promising future. At that time, he says, “whenever you turned on the radio, something amazing would come out of it.” “In Germany this [electronic pop] movement was especially strong and vivid as it introduced a new boldness and cheekiness into music. The ’70s were full of these ‘touchy’ discussions about Nazi Germany and politics in general. In the early ’80s, people were tired of these self-chastening gestures – they were rather into sarcastic jokes and childish things.”

Reflecting that dark humour and a sense of the absurd was tape label Pissende Kuh Cassetten, founded by brothers Diet and Iko Schütte. Iko was already 25 in 1980 and a dyed-in-the-wool punk bred on Dead Boys’ Young Loud And Snotty, a dash of Dada and “a steady diet of Monty Python, Bonzo Dog, Lord Buckley, Alberto y Lost Trios Paranoias, Marx Brothers, Sesame Street, W.C. Fields, Theatre of the Absurd, Confucius and a few thousand others.” Having been making their own music, radio shows and tape experiments since 1974, the Schüttes launched the label as “pure no mercy balls-to-the-wall self fulfilment”, as Iko describes it. They made contact with bands “mostly by mail. Back then there was a pretty well-oiled network in Germany, as well as internationally, long before the internet! I had contacts with home-tapers in places like Japan, Yugoslavia, Stoke-on-Trent, Switzerland, Poland and a few dozen other countries.” 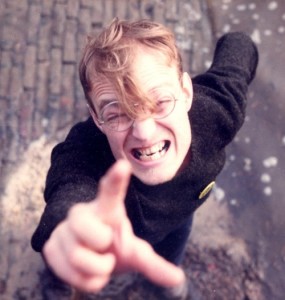 Pissende Kuh’s roster featured dozens of bands, such as Dit + Uta and Eisenhauer (both on the compilation), but many were in fact pseudonyms for Diet’s homespun musical ventures on which he played all the instruments. One apparent exception is the surprising Anadolu Bayramlari, a concoction of Turkish lyrics and sparse electronic pop led by singer Orhan Kara, who simply rang the Schüttes’ doorbell one day and asked “to make music”.

While the home-tapers’ rejection of American rock convention and music industry hierarchy seems decidedly political in retrospect, Kubin believes most of the young artists in the scene were unbothered about making any grand statements. “They acted in an intuitive, even naive way,” he says. “The main reason to make cassettes was freedom of expression and total independence. There was no money involved, no producer, no accountants. You could just do what you wanted, you didn’t have to think about any strategies.”

“That’s why I also see this compilation as a sort of psychogram of that time. The music doesn’t hide anything. It’s experimental in the true sense of the word – the artists didn’t know what would come out at the end of a session. And the results are of course tinted by the angst and cultural conditions of those times. We called it the ‘dance on the volcano’ – you’d never know if a nuclear war would start the next day. And Germany would be the first country to be turned into rubble. Take the track ‘Die Zone’ by Cinéma Vérité on the album, an eery ambient piece about the no man’s land between West and East Germany – ‘zone’ was a colloquial term for GDR [East Germany] – that also refers to the famous ‘zone’ in Tarkovsky’s film Stalker.”

By the middle of the 1980s, the wellspring of DIY creativity had begun to dry up, and a couple of years later Pissende Kuh Kassetten “sort of put itself to sleep,” says Iko Schütte. He began to work as concert promoter at the Kling Klang club in Wilhelmshaven, where he put on The Melvins, Damo Suzuki and Half Japanese among others, and later became a filmmaker (many films related to Pissende Kuh can be found on his YouTube channel). Rößner continued making experimental music for about 10 years after starting Lustige Mutanten, working on various projects as singer, guitarist or keyboard player before turning to a cappella music in 1989, which he still makes today. Many more of the young musicians on the compilation went on to become part of Germany’s alternative ’80s scene, whether as musicians (like chbb’s Chrislo Haas and Beate Bartel) or as artists, writers and filmmakers.

But though the home recording scene quickly burnt out, the same impulses of independent creation eventually moved into the digital realm, says Kubin, who remains as inspired by the initial bloom of DIY creativity as he was when he first switched on the TV on that summer night in 1982. “Back then I swore to myself that I would never adjust to commercial rules,” he says. “I wanted to keep my music experimental in the widest sense: exploring new fields and methods of making music all my life. I try to keep the raw energy that I know from these movements back then, even though I know that I get more and more refined through experience. But sometimes it’s good to leave all your knowledge behind, destroy the crystals and throw a bottle.”

Science Fiction Park Bundesrepublik is out now on Cache Cache as CD and double LP.