From childhood swings to guns and synths: Introducing the Renaissance Music Group

Late last year, Software launched its Mixware mixtape series with an offering by Napolian, an L.A. producer a few months removed from his debut Incursio.

Incursio was an instrumental beat record without any of the dusty nostalgia that is often part-and-parcel with “instrumental beat record,” and as its title would suggest, Road To Incursio provided insight into Napolian’s creative world. Alongside his own tracks and a handful by Software boss Oneohtrix Point Never were warped trap collaborations with Dro Carey, buoyant G-funk and turn-of-the-century Roc-A-Fella bombast of new duo Tairiq & Garfield, and offerings from a mysterious, mononymous group called The Renaissance, tracks on which layers of frazzled electronics could not stifle irrepressible soul.

Not “just” a mixtape, Road To Incursio was a proper introduction to The Renaissance Music Group, the producers’ alliance of Napolian, Tairiq & Garfield and Dro Carey. It also was another step in the Renaissance’s development, a path continued with Tairiq & Garfield’s Childhood Swing (released in February by Software), an EP that showcases the twin brothers’ unique brand of cyberfunk. 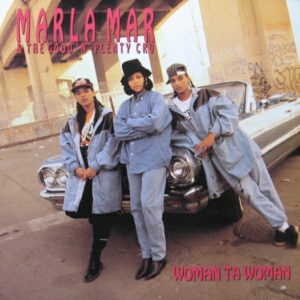 The twins got into music early, due in large part to their family: their father is Garfield Bright, a founding member of ’90s R&B group Shai (of ‘If I Ever Fall In Love’ fame) and their motherTina Bright was the “Good” in Marla Mar & The Good ‘N’ Plenty Cru, a female rap trio that signed with Eazy-E’s Ruthless Records just weeks before his death.

The pair moved around a lot as children, and they chart their musical development through the people with whom they have lived and listened, from Zulu Nation and Native Tongues hip-hop with their mother’s friend Lisa (the ex-wife of the Pharcyde’s Romye Robinson), to Cash Money and Atlanta trap with their brother, to Portishead and trip-hop with their mother, to John Coltrane and Joshua Redman with their father.

Their parents’ profession also gave them early insight into the music industry. “At an early age, we’d always be at [our father’s] studio sessions, experiencing the lights, the SSL, him being in the booth,” recalls Garfield. “The whole group coming over, talking about the album, we were always involved in it. They probably thought we were too young to take it all in.” His brother finishes the thought: “We took everything in.”

From their mother came stories of life in L.A.’s rap world, of parties with Eazy E and Dr. Dre, and lessons about the music business. “Eazy E was a mastermind. A lot of people don’t understand, he wasn’t just a G,” explains Garfield. “He wasn’t a gangsta; he didn’t even like to rap. He told me, ‘honestly, I’m not even a rapper, I wanted to rap to see if I could do it.’” 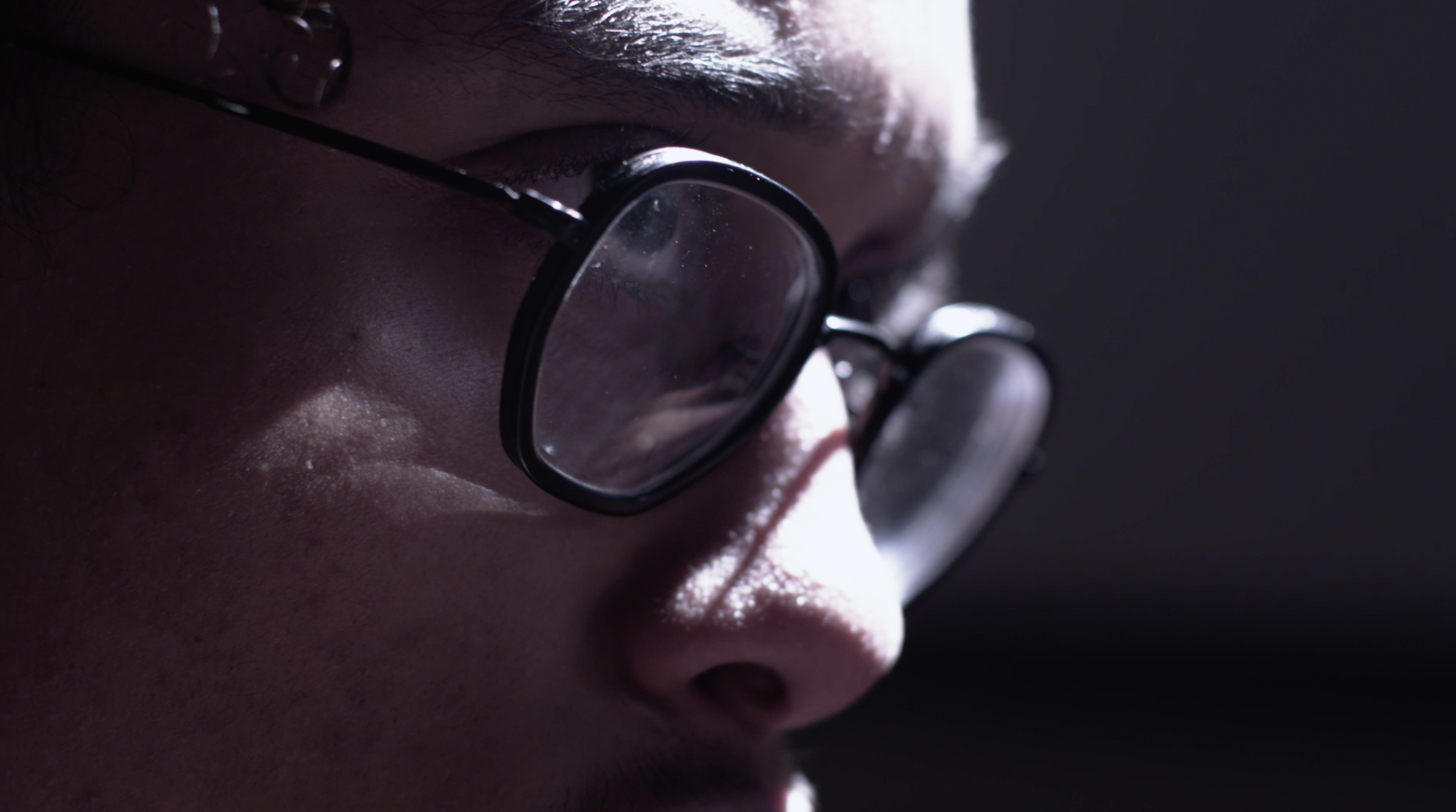 “We’d always be at his studio sessions, experiencing the lights, the SSL, him being in the booth…”
Garfield Bright

The twins had that impulse, as well. Armed with what Tairiq describes as a “a Best Buy, consumer grade Yamaha keyboard,” a copy of Reason procured by their father and plenty of musical history and insights, the self-described “Dilla-heads” started making beats. “We kinda formulated our own sound. As soon as we got a computer with Internet, we would just look up random shit,” says Tairiq, explaining how seeing Aphex Twin and Chris Cunningham collaboration Rubber Johnny on eBaumsWorld turned into Web 1.0 rabbitholing that led the pair to “weird archives” of experimental music.

Childhood Swing is a time capsule of their teenaged experiments, its title heavy with both literal and figurative significance. “The title explains everything,” says Garfield, pointing to the literal. “We used to go over to our uncle and auntie’s house a lot as kids, and there was this swing on a tree that we’d swing crazy distances on.” Tairiq covers the figurative: “But it’s also a double entendre: the swing, the bounce of the music… As a child, taking in and grafting all these sounds.” The music on Childhood Swing is from when they were 16 or 17-years-old (they’re only 20 now); they’ve already turned high school plans into reality.

It was during high school that Tairiq and Garfield would meet Napolian (born Ian Evans). Around that time, Evans had stopped listening to hip-hop, after having it be his only musical diet since childhood. “I got into electronic music heavily,” he says, pointing to the French house that was popular at the time. “Electronic music made me want to make music.”

The three eventually started crafting beats together. “At that point I wasn’t that good at it,” he admits. “[Tairiq and Garfield] had been doing it since they were nine-year-olds.” But while the twins had a higher musical skill set, Evans brought knowledge of different musical programs in what he describes as “a mutual learning experience.” They soon decided to try to place their instrumentals with artists, and The Renaissance was born.

Their first success on that front came with Kelela’s ‘Guns & Synths’, the lead track on 2013’s Cut 4 Me. Evans originally released the track on an EP of the same name in 2011, and Kelela asked if she could use the beat for her debut mixtape. “She believed in me and she sought me out,” Napolian remembers. “I said, ‘Kelela, I don’t know… I’m trying to find my sound, I’m not ready for a vocalist,’ but then I just gave it to her,” letting Bok Bok alter it for the final release.

While the track was not originally made with Kelela in mind, ‘Guns & Synths’ demonstrates the Renaissance process with regards to working with vocalists. “I look for that special something that we can bring out, whether in the music or in the artist,” says Evans. “I leave a space open for an artist… Maybe that means there aren’t that many screaming leads on the beat, or I need to reduce this beat to a couple sounds. I just make conscious decisions and keep it simple.” 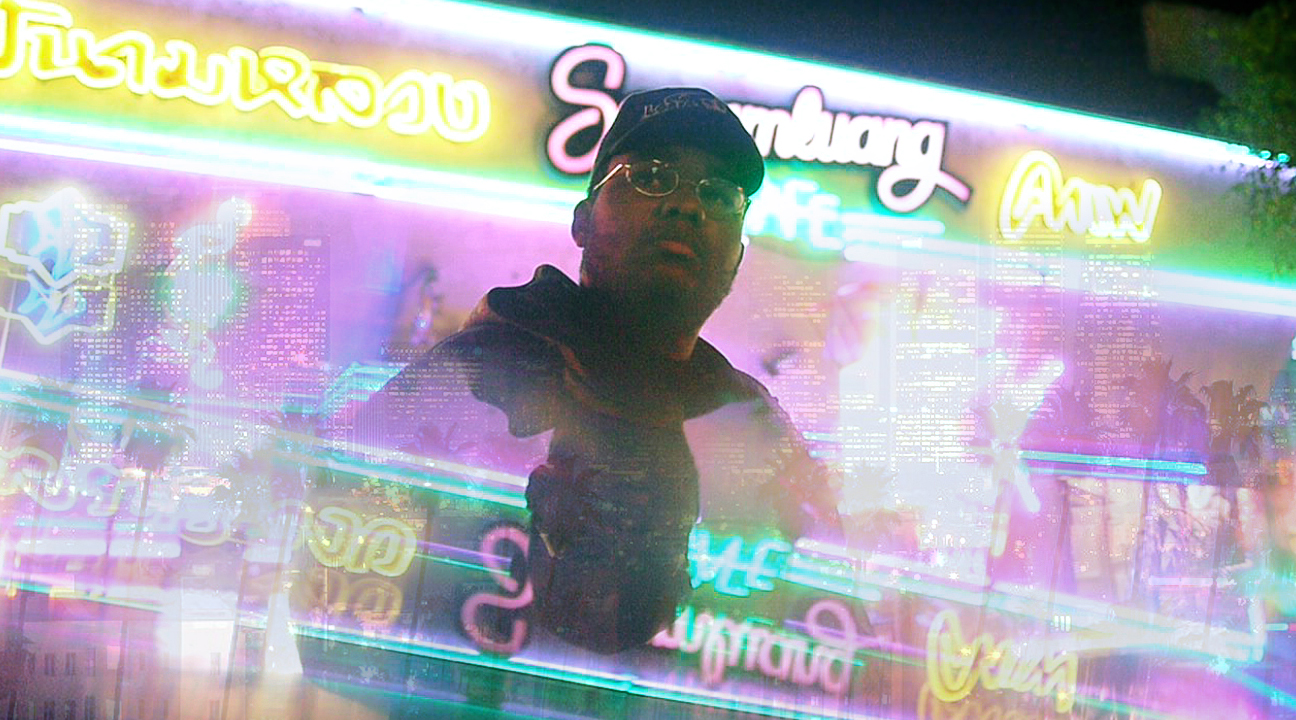 “How can I convert this beat I have in my head to MIDI?”
Napolian

Evans would go on to mix and produce on A$AP Ferg’s debut album, Trap Lord, continuing the Renaissance’s ascent in the music world. Incursio followed in March 2014, with Road To Incursio in October. “For the mixtape, those were the tracks we were making to get a foot in the industry,” he explains. “We wanted to make something that was familiar yet different that would stand out, taking G-funk or trap music and putting a strange spin on it.”

By that point, prolific Australian producer Eugene Hector (under his Dro Carey alias) had been revealed as part of the Renaissance. He and Evans had connected — as is often the case these days — via Twitter. “We exchanged tracks via DM and Ian was basically like ‘people need to rap or sing over these, you just need to engineer them a bit better; let’s create beats together’ and it basically developed from there,” Hector writes. In his pitch, Evans set the bar high: “Let’s try to affect popular music with our sound.”

It was an easy sell for Hector. “The first thing you notice with Ian is his really stunning mix work,” he explains. “I don’t know anyone else his age who produces with such clarity, presence and loudness. A lot of young people it’s compression, compression, compression; pretty frequently there’s a lack of traditional EQ’ing and engineering practices. He is totally the opposite and embodies all of the great traditions of achieving excellent mixes.”

After bonding over Atlanta rappers Gucci Mane and OJ Da Juiceman, Daft Punk, and the Metal Gear Solid scores, the pair got to work. “If you go into an online or email collab with highly specific goals about what you want to come out of it, you’ll be disappointed,” Hector notes. “In that environment, more so than ever, you need to be able to let go and see where your collaborators take what you sent. We may send song ideas, but the stems within that idea can end up in four different tracks.” Evans adds: “Nothing is concrete until its mastered. I’ll play people stuff, custom tailor it for them. It’s digital, so it’s very malleable.”

“We’re sending each other raw materials in most instances. It’s always been ‘whatever idea you get, just run with that.’ Or, if it is something that seems quite well-defined from a writing perspective, then he will engineer and sequence it,” Hector explains. “It all depends. But I think the fact that we are flexible is what has allowed us to get a lot completed together so far.” 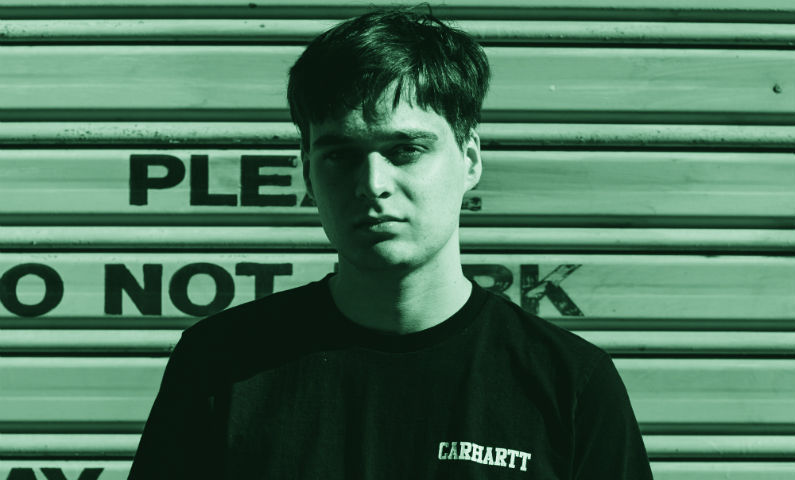 “You need to be able to let go and see where your collaborators take what you sent.”
Dro Carey

As they continue to work with vocalists, the Renaissance producers try to stay flexible and enjoy spontaneity where possible. “It’s great when you can be told what [a vocalist likes] and you hit the mark in that way. But I think what can be even better is when they hear something that they really didn’t anticipate, and that provokes an unexpected direction,” says Hector, pointing to ‘Guns & Synths’ as an example of something “created totally without the inhibitions or prejudices of a brief.”

Road to Incursio followed more than two years of “playing the game” — working with industry people, making records that haven’t seen the light of day, and “a whole lot of near misses” — according to Hector. “We learnt the ups and downs together, and realised there was more than the one path to express what we wanted, to achieve what we wanted with music and as producers.”

With their debuts released and more music on the horizon, the L.A.-based Renaissance producers are ready to continue the tradition of their home town. “The legacy of music in Los Angeles is incredible, are you kidding me!?” says Evans, noting the “super well-mixed and mastered stuff” that is a result of having so much of the music industry infrastructure in one place.

And as their Software projects have suggested, there’s a focus on the future, too; Evans has been studying Intelligence Advanced Research Projects Activity (IARPA), and the three are fascinated by transhumanism and the evolution of technology. “Whatever is in my head, I’m trying to get it in the computer,” Tairiq explains. “How can we take these compositions and toss them into Logic?” Evans is even more succinct: “How can I convert this beat I have in my head to MIDI?”

“It’s captivating to see the shift [in technology], the transformation from the 90s to the new millennium,” Garfield says. “The stuff we have to go through, that’s all in the music, those twists and turns. It’s a heavy roller coaster, and we’re amazed by everything.”