A year and three months on from Rustie’s second Warp album Green Language, he’s back with another full-length, EVENIFUDONTBELIEVE.

Compared to the overwhelmingly positive response to Rustie’s first Warp album Glass Swords (FACT’s official favourite album of the half-decade, lest we forget), Green Language divided listeners, and even Rustie himself has commented that the album felt “too A&Red”. EVENIFUDONTBELIEVE is the opposite: put simply, it sounds like Rustie making tracks on his own, and it sounds like him having a shitload of fun (though given that he recently ended up in hospital, it’s presumably not all been fun and games.)

EVENIFUDONTBELIEVE features all the stuff that makes Rustie tick: squealing prog guitar over huge rising synths, turbo trance riffs over even quicker trap drums (your move, AraabMuzik), happy hardcore and overwhelming bursts of colour that are half bullet hell, half Sexy Parodius.  It’s an album about Big Catzzz, Coral Castlez and Atlantean Airships, and it never feels overthought or overproduced: the stitches on these tracks are very much visible, resulting in Rustie’s most natural sounding record yet.

EVENIFUDONTBELIEVE is out today on Warp. In Rustie’s first interview about the album he speaks to FACT about natural beauty, falling asleep to happy hardcore and seeing seals in the clouds.

I wanted to talk about where your head’s at right now. I remember when I first met you a few years back you were always quiet, and you were never really on Twitter that much, but now it’s like you’re always interacting with fans online.

Yeah. Well with the first albums on Warp, they kind of did everything. I just made the music and left it all to them, but it’s not really satisfying to do that.

Was this with Glass Swords, Green Language or both?

A bit of both really. I’ve got used to doing shit myself and it’s more rewarding, basically. I’ve got more control over everything this way.

It sounds like a really natural record, it sounds like it didn’t take long to put together, in a good way. It’s quite rough around the edges.

Yeah, well some of the tracks have been around for a long time, but it’s just kind of gelled together recently. At first I thought I would have an EP, but then there was so much with a similar vibe that it turned into an album pretty naturally. I never really have a plan, but some of the tracks were getting good reactions [live], and there was a kind of sound aesthetic going on with them, so it made sense to skip the EP and go straight to an album.

All your stuff’s really visual – and you always have these amazing album covers. When you make tracks are you picturing big scenes in your head?

I mean yeah, I’ve always got natural beauty in my mind, stuff like that. There’s always visual stuff going on, or physical rushes and feelings – they get tossed out in my music. 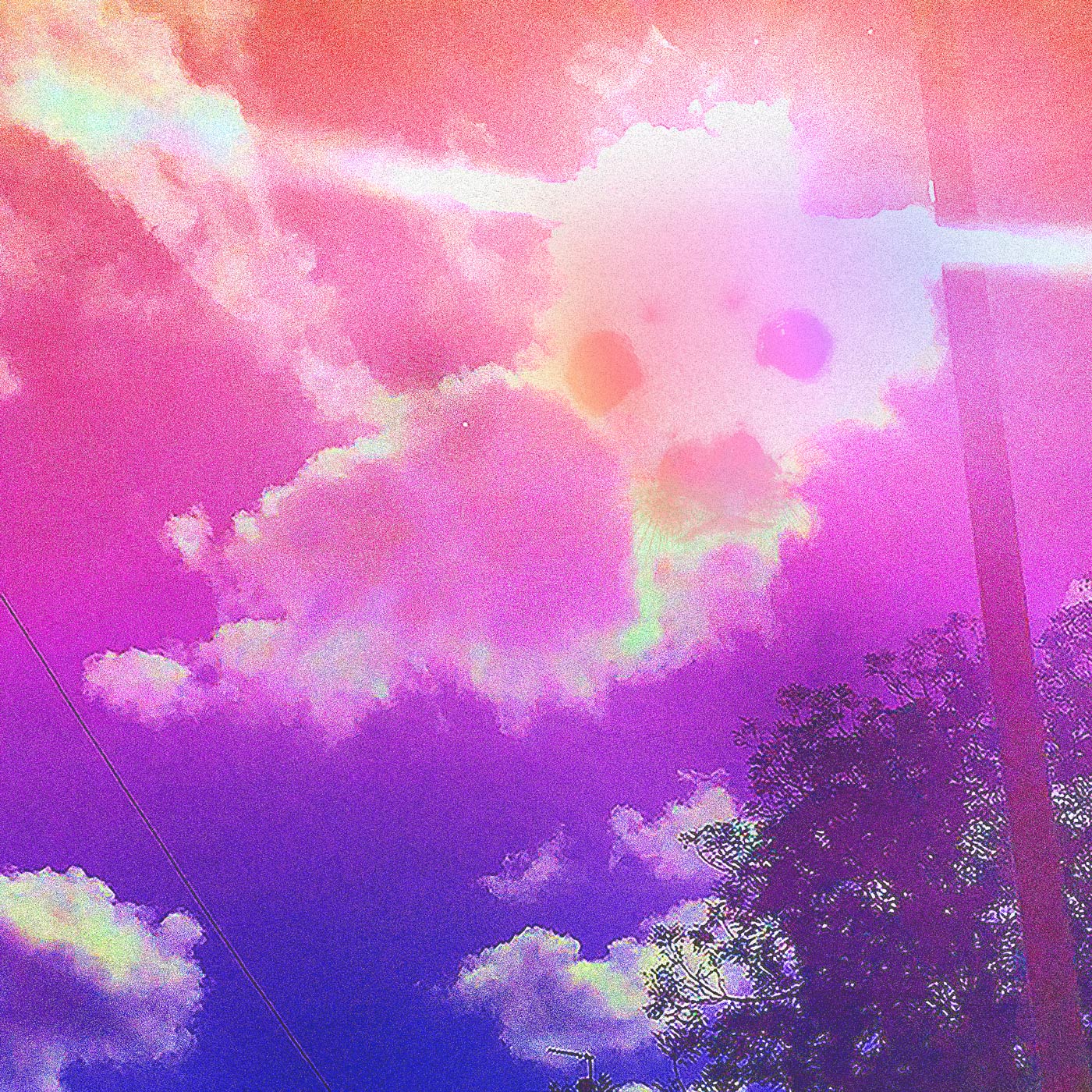 Are there any specific things that inspire you, visually?

It’s kinda hard to say. Just anything that’s beautiful inspires me, anything that gives me energy. You know me, I fall asleep listening to happy hardcore and stuff like that, I like high-energy music. It just gives me a rush.

What’s the album cover from?

It’s just an iPhone picture I took from my window.

I thought it was designed by someone. It’s meant to look like a seal, right?

You tweeted a while ago that Green Language was too A&Red, what did you mean by that?

Well I had my managers trying to push me in one way, in kind of an avant garde, arty route, then I had other people trying to get me to do big singles, the vocal stuff and all that. I was getting pulled in two directions, which I think you can tell a little bit on the album.

Is that why there’s no vocals on this?

Yeah, I wanted to do the opposite.

It’s kinda for people who’re totally unspiritual. Even if you don’t believe in anything, just the fact that we exist and there’s existence, that’s enough in itself to be amazing.

There’s that natural beauty I guess.