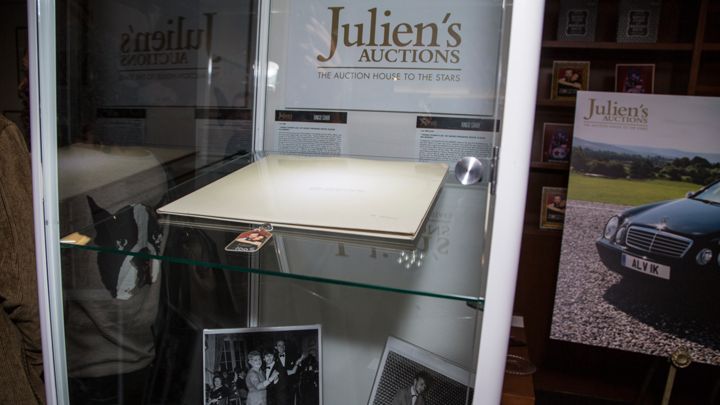 The record was among other items from Ringo Starr’s collection up for auction at the Julien’s Live auction this past weekend. These included the 1963 Ludwig Oyster Black Pearl three-piece drum kit used on ‘Can’t Buy Me Love’, which sold for $2.2 million Friday.

Starr had previously told Rolling Stone magazine “we used to play the vinyl in those days. We didn’t think, ‘We’ll keep it for 50 years and it will be in pristine condition.’ Whoever gets it, it will have my fingerprints on it.” [Via Rolling Stone]