Ice Cube hits back at Gene Simmons in N.W.A. rock and roll row 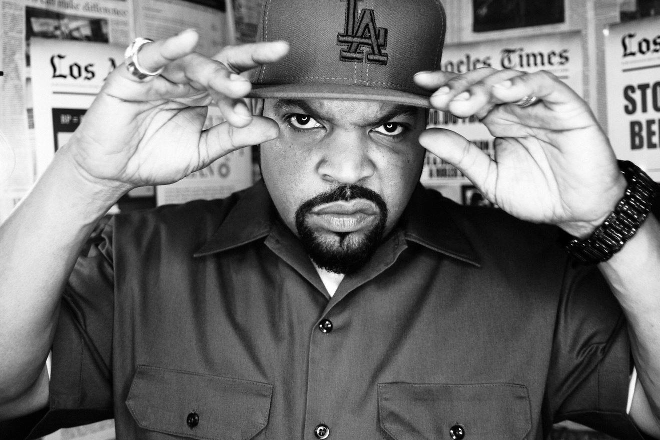 Ice Cube has hit back at Kiss frontman Gene Simmons’ comments that implied N.W.A. aren’t worthy inductees into the Rock and Roll Hall of Fame.

The seminal hip-hop act were awarded the honour on Saturday (April 9) by fellow Compton artist Kendrick Lemar, becoming only the fifth rap act to be inducted into the traditionally rock and roll-focused institution.

N.W.A.’s inclusion attracted the ire of Simmons, who complained that Jimi Hendrix had not been inducted into the non-existent hip-hop hall of fame.

Respectfully– let me know when @JimiHendrix gets into the hip hop hall of fame. Then youll have a point. @icecube https://t.co/BRuU8t5vYe

Simmons’ comments followed an interview with Rolling Stone last month, in which he said: “I am looking forward to the death of rap. I’m looking forward to music coming back to lyrics and melody, instead of just talking. A song, as far as I’m concerned, is by definition lyric and melody… or just melody.

“Rap will die. Next year, 10 years from now, at some point, and then something else will come along. And all that is good and healthy.”

Taking to Twitter to address the rock veteran’s comments, the hip-hop star cited Little Richard and Chuck Berry as examples of the black influence on rock and roll.

@genesimmons Who stole the soul? Chuck Berry, Little Richard and Chubby Checkers help invent Rock 'n' Roll. We invent it. Y'all reprint it.

When Ice Cube tried to point out that rock and roll was more of a feeling than a genre, Simmons complained that white rock band Led Zeppelin were not being recognised for their rap skills.

@genesimmons I repeat. And say this with a Kiss. pic.twitter.com/ILKaRWrvxX

Cube – I stand by my words. Respect NWA, but when Led Zep gets into Rap Hall of Fame, I will agree with your point. https://t.co/CQUoJwhZJb

Despite having a 40-year career compared to N.W.A.’s short run of five years, Kiss were only deemed worthy of inclusion into the Rock and Roll Hall of Fame in 2014.