The path that Ohal Grietzer took to New York City in 2001 wasn’t the most logical one.

Born in Ashkelon, a coastal city in Israel, she first left home in 1999 to live and work in Paris. A year later, Grietzer followed a musician boyfriend to his hometown of Omaha, Nebraska, where she started played keyboards in indie rock bands. By the next year, the relationship was done and she’d headed east to becoming part of the Brooklyn music scene, playing live shows and trading ideas with the likes of former Battles member Tyondai Braxton and TV On The Radio’s Tunde Adebimpe.

Absorbing the sounds and experiences of such a disparate array of locales has had a significant effect on the music that Grietzer has released so far. Her debut album Acid Park, set for release on NYC label Styles Upon Styles this month, doesn’t feel completely rooted in any particular scene or style, instead floating through the worlds of ambient, drone, new age, and future R&B like a multi-colored vapor trail.

“The idea of wandering or displacement is a constant in my head,” she says, speaking from her apartment in Greenpoint. “It probably contributes to the almost obsessive way in which I make music because I’m so concerned with being understood and being accurate. But then it gets to a point where I don’t care anymore and it doesn’t matter if I’m understood or not. That duality is constant.”

That meticulousness is evident in the eight tracks on Acid Park, an album of collages exploring nostalgia and memory. Every element of these compositions feels perfectly placed, which is quite a feat considering how densely layered they are; anchored by vocal and synth melodies, each song is adorned by decorative bits of clatter — a quickly dissipating piano ostinato in ‘Shun Over’, the kick drum that arrives three-quarters through ‘Hornet’s Cave’ before disappearing again — adding to their weight. Grietzer’s sure hands add and remove elements at just the right moment to assure that her compositions don’t topple over. She’s probably a hell of a Jenga player.

“It was almost like a structural, or a more formal process than a narrative process,” she says. “When I become captivated with a certain sound or a melodic phrase or a texture or harmony, it is this idea of forgetting and not becoming embalmed in your convictions, or creating a sound and leaving it aside for a while. And then coming back to it and examining that sound as an object. Trying to understand what are the essential properties of that sound, and what other things may be added to it.”

Though she occasionally sought the advice of her longtime friend Adebimpe, Greitzer spent the majority of the two years crafting this material on her own, holed up in her apartment. Though she insists it was “jovial experience,” she’s aware of how constricted she was. 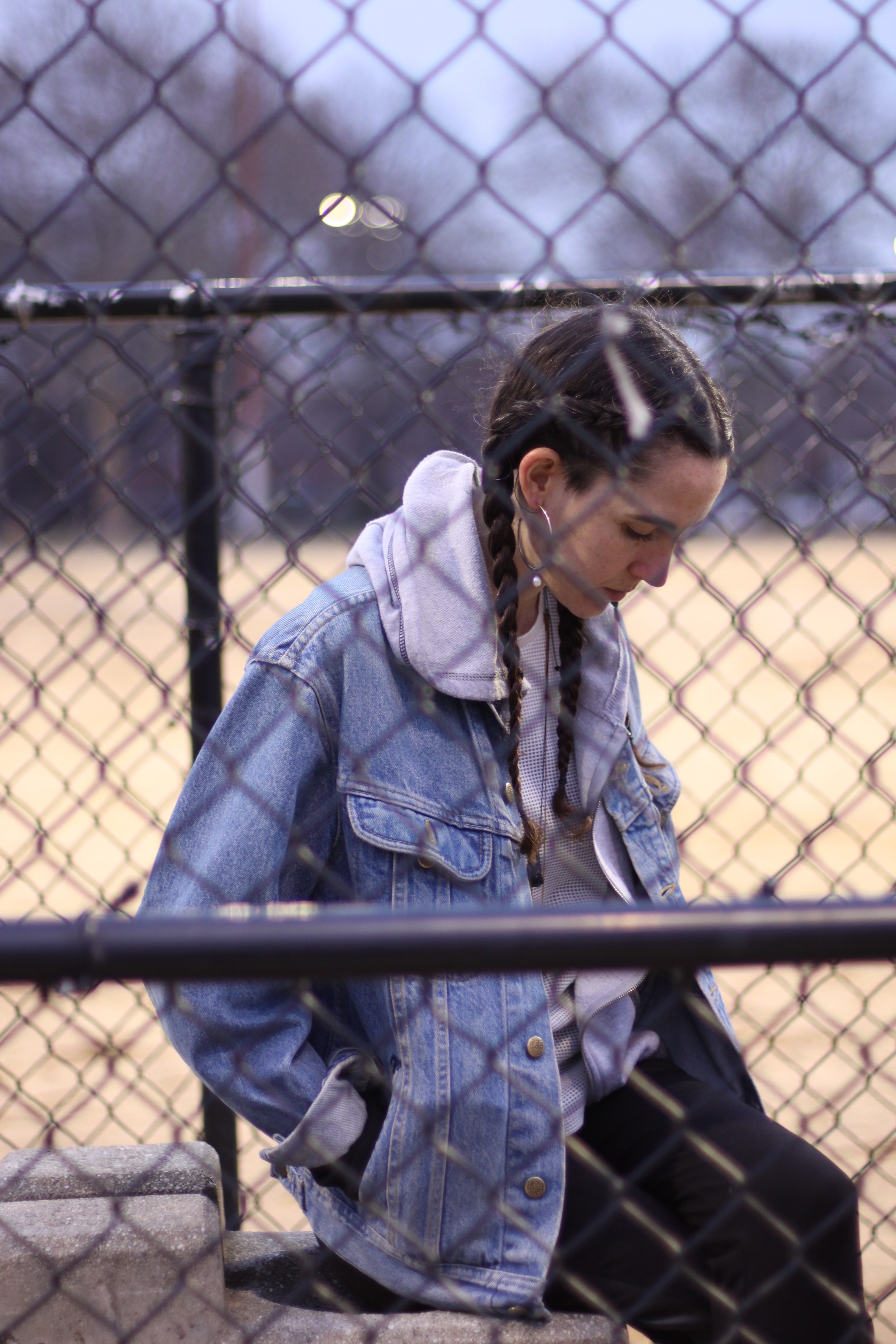 “At first it was very exciting. I thought, ‘This is wonderful. My entire setup is five steps away from my bed,’” she remembers. “I had this view of the creative flow that there must be no interruptions or distractions, that if I’m not working [at my day job] for a couple of days, I can just stay here and not leave the apartment and mess with everything. By the time, I finished the album, I’d come to really hate that process. Because if I can’t deal with running into someone in the street and getting distracted or getting anxious about some minor interaction on the subway, then this way of working is just too flawed or weak.”

The benefits of not having a deadline to worry about or studio time to pay for meant that once she got into the flow of writing and began to see what kind of album she was making, she was able to axe her early efforts and re-record the first half of the record to better fit the tone of the rest. That only made the moment sweeter when she handed off the tracks to Adebimpe and engineer Matty Green for mixing and mastering.

“It was wonderful to bring another person in. More than a relief. Tunde has probably been my oldest friend in New York, and throughout the two years that I worked on the album he probably received a few emails from me a day with different versions of the songs. Sometimes he wouldn’t respond at all, which is fine because there’s only so much you can say.”

Last year she composed the score for Cancelled Faces, a drama about an gay couple living in South Korea directed by Lior Shamriz, a old neighbor of Greitzer’s back in Israel. The results were so pleasing for all parties that they will be working together again on a new film project later this year. In the meantime, she is already hard at work on tracks for the follow-up to Acid Park, which is set to use an entirely different sound palette than its predecessor.

Until recently, Greitzer’s studio methodology involved building synths and theremins, sampling the various tones she got from them, and manipulate the results using a Roland SP-404. She would then adds melodies and textures using an OP-1, a Moog Sub Phatty and a Minimoog. These days, the 404 is still in the mix but everything around it has changed, utilizing a wealth of vintage synths like Yamaha’s TG33, a DSI Evolver desktop, and the Roland MKS-50, combined with more current gear.

“I’ve spent a lot of time programming the TG-33,” Greitzer says. “It makes such elastic sounds, they feel like a lush icy landscape to me, and I think they fit really nicely between the warmth of the Evolver and the harshness of the MKS-50.”

The process of creating these sounds is still an arduous one, with Greitzer having to jury-rig some of the older equipment so it will play nice with the new modules. And from the sounds of it, she’s still figuring out the best way to revamp the Acid Park material to fit the new setup and to work in a live setting. But for someone who has come as far as she has – and taken such a circuitous route to get there — there’s little doubt that she’s settle into a new path just as easily.