Since then the Glasgow musician and multimedia artist, real name Tom Scholefield, has undergone a striking shift. He returns with Caramel, an album that colours in its predecessor’s grayscale sketches with bold splashes of rave nostalgia and a vibrant, cinematic maximalism set to stun when it drops on Planet Mu this Friday (July 8).

“I actually made a start on the new record soon after my first one came out,” says Scholefield, speaking from his home in Berlin. “But as my schedule snowballed it really began to slow down the recording process.” By ‘snowballed’, he means two years of on-and-off touring around the world with established rave impressionist Lone, whose audiovisual show he designed. It was only once his intensive schedule wound down that he could begin to devote long periods of time to writing.

“Initially I went in a few wrong directions,” he recalls. “I mean, it’s one thing just sitting at home making music, but it’s another to try to actually make a record out of 30 or 40 disparate tracks. I didn’t really know what the record was until a few weeks before finishing it. I saw it as a 3D jigsaw, where all the bits would bend and fit into place slowly over time.”

“Caramel was an attempt to be aggressively positive”

The completed puzzle brims with an optimism that’s antithetical to his previous work. “The last record was a dark and downcast, mainly because of where I was at at the time. I lived on my own in this big empty flat in the middle of Glasgow and I was in the process of building a studio with friends, which was quite stressful, so I was just pretty miserable.” But after leaving that flat for Glasgow’s leafy West End and subsequently making the move to Berlin, he changed his approach. “I just tried put a positive spin on things. It’s not something I’d do usually, but there was so much going on I found depressing that this record was almost a therapy,” he says. “It was an attempt to be aggressively positive.”

Caramel’s energy draws heavily from vintage rave, with layers of effervescent, pitch-bent synths expanding into vast, beatless builds on tracks like ‘Cosmic Trigger’, ‘At The Lake’ and the goosebump-raising title track. Scholefield’s love of rave stems back to his days in Glasgow, when he and a group of friends would organise parties to play old school classics. “I’d arrange it with a couple of pals like Rob Data, who used to record for Renegade Hardware and make drum and bass. He has this fantastic collection of hardcore music which we’d play in working men’s clubs,” he says of the nights, dubbed 48K. “We’d hold them in bowling clubs in the West End of Glasgow with free entry, cheap pints and a few old geezers hanging about looking confused about the tunes.”

Despite being too young to catch rave’s heyday, Scholefield was captivated by the era’s primal energy, and had classic tapes from hardcore originals like DJ Extreme on heavy rotation while making Caramel. “It’s kind of an imaginary nostalgia because I was just a kid at the time, but even though I wasn’t going to the raves I was aware of that sound when it hit the charts – those basic piano riffs and a slightly out-of-tune vocal samples are what I love. All that huge stuff from the early ‘90s was made by teenagers with very little equipment or musical knowledge. They just made highly functional music for dancing.” 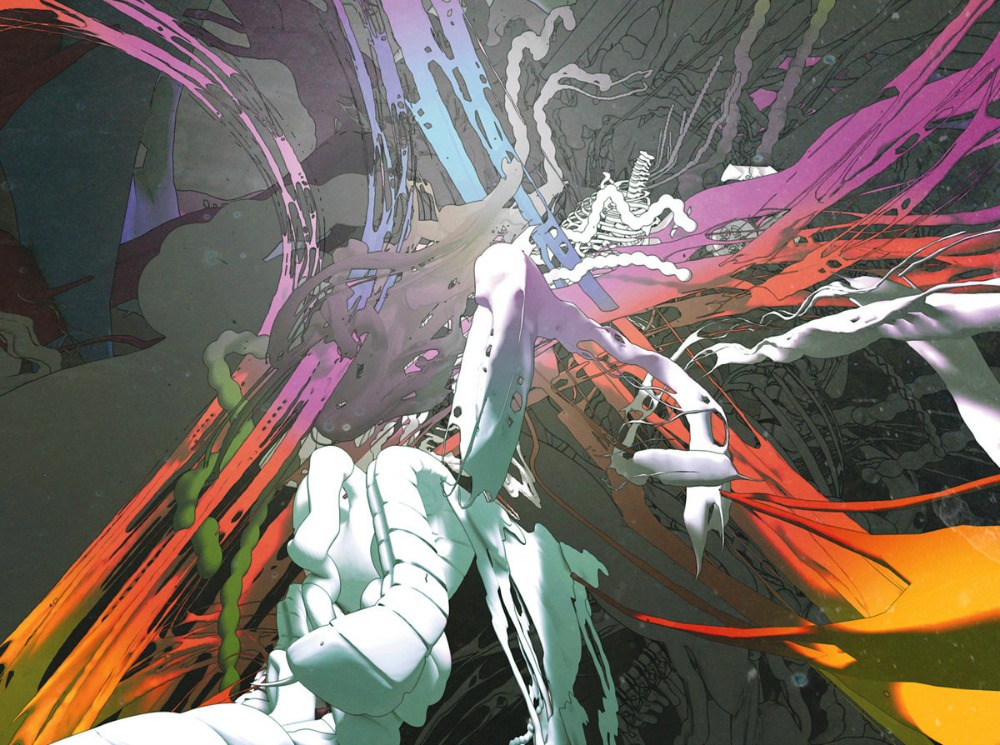 “Rave is a sound based on optimism and love, the complete opposite of the Establishment”

He’s not alone in his love of that lost era, with artists like Special Request, Lone and Tessela all contributing to a wave of rave nostalgia in recent years. “It goes in cycles,” he says, “and I think there’s a correlation between rave and a Tory government – maybe because it’s a sound based on optimism and love, which is the complete opposite of the Establishment.” Scholefield goes further than simply borrowing from the past, though. For him it’s about taking elements from unconnected genres and spinning them off in a completely new direction. “I might hear something from a Cluster record and incorporate it, then I’ll put a bit of a rave piano over that and throw some drums from [stoner rock heavyweights] Sleep on top,” he explains. “It’s not about sampling necessarily – just recreating stuff to make something new.”

Scholefield has been steadily expanding his capabilities as a visual artist at the same time, creating eye-popping, high-definition animations, films and graphics for the likes of Hyperdub, Rustie, Mogwai, Hudson Mohawke and Jamie Lidell. His artwork for Caramel (above) takes cues from Francis Bacon, Akira and a photo he found of pig guts strewn across a Hong Kong marketplace, and with his new music finally reflecting the chromatic exuberance of his visual art, he’s reached a point where both sides of his creativity resonate with each other.

“I think my sound is finally catching up to the kind of the visual work I do automatically,” he says. “Previously my music was muted, almost earthy – but now it’s almost at the same level as the stuff I do visually. They’re slowly morphing into the same thing.”

Caramel is out via Planet Mu on Friday (July 8) with an album launch party on July 21 at Monarch in Berlin, with support from Rob Data, Simon Kaiser and Golden Medusa

Read next: Konx-om-Pax talks to Jeff Mills about sci-fi and Star Wars