Hollywood composer Cliff Martinez is responsible for some of FACT’s favorite film scores of recent times, including Solaris, Traffic and Drive. Miles Bowe talks to the one-time Red Hot Chili Pepper about his acclaimed career and his latest score for The Neon Demon.

According to Cliff Martinez, his working relationship with Nicolas Winding Refn borders on telepathic – but I know something about them that they don’t know about each other. Last year I interviewed Refn and, after discussing his obsession with music in his films, I posed the question, “What’s the first movie you remember where the soundtrack and the visuals hooked you on film?”

I asked Martinez the same thing when we spoke about The Neon Demon, the third film he has scored for Refn. The deepening relationship between the composer and director echoes Martinez’s longterm association with Steven Soderbergh, which began with the director’s Palme D’or-winning 1989 debut sex, lies and videotape and was renewed most recently on acclaimed TV drama The Knick. Refn and Martinez’s first film together was the dream-pop-noir of modern classic Drive, and they doubled down on both its meditative and violent streaks with the underrated, jarringly dark follow-up Only God Forgives. But it’s with The Neon Demon, a risky, nightmarish mutation of the horror genre, that he’s convinced Martinez their alliance is built to last.

The chemistry between the aural and the visual is so strong that The Neon Demon borders on synesthetic. Refn floods his frame with neon light, casting a glow on his vapid supermodels while lens flare cuts through bodies and faces like rainbow razors, while Martinez creates soundscapes that glow like stage lights and twinkle like glitter, only to butcher them with stabbing synthesizer pulses. The dreamy vision of LA’s fashion world is undercut with an intoxicating doom.

Their answers to my question, about the film that got them hooked on cinema, are striking: for Refn, Once Upon A Time In The West, and for Martinez, A Fistful Of Dollars. Both remember treasuring the vinyl soundtracks of each film, revisiting the sounds and images again and again, and most notably, both films are the product of arguably the greatest director-composer partnership of all time: Sergio Leone and Ennio Morricone. Theirs is the highest bar to aspire to, but Refn and Martinez are only getting started.

I asked Nicolas almost exactly a year ago about the first time seeing a movie where the pairing of sound and image really inspired him. Did you have a similar experience?

Yeah, I was maybe nine years old. My parents took me to the drive-in, which was kind of a big deal – they didn’t leave me at home with the babysitter. Drive-ins are a weird experience for a kid but I was very excited, and the film they took me to see was Fistful Of Dollars. Not only was my little childhood brain reupholstered from that film, but the score left an indelible impression on me. It’s still a film I watch over and over. Most films I wouldn’t watch twice unless the music is amazing. I was so enamored of the music that it was one of the first albums my parents bought me. That and Meet The Beatles that were my first couple albums. I still worship that score.

After all this time, this is really your first big dive into horror, which is such a musically interesting film genre.

I don’t know if people will call it that, but it’s the closest adjective I can stick on it. That’s what I like about it – [Refn has] done a lot of horrific things in his movies, but this is the first thing that kind of makes reference to other horror films in some ways. 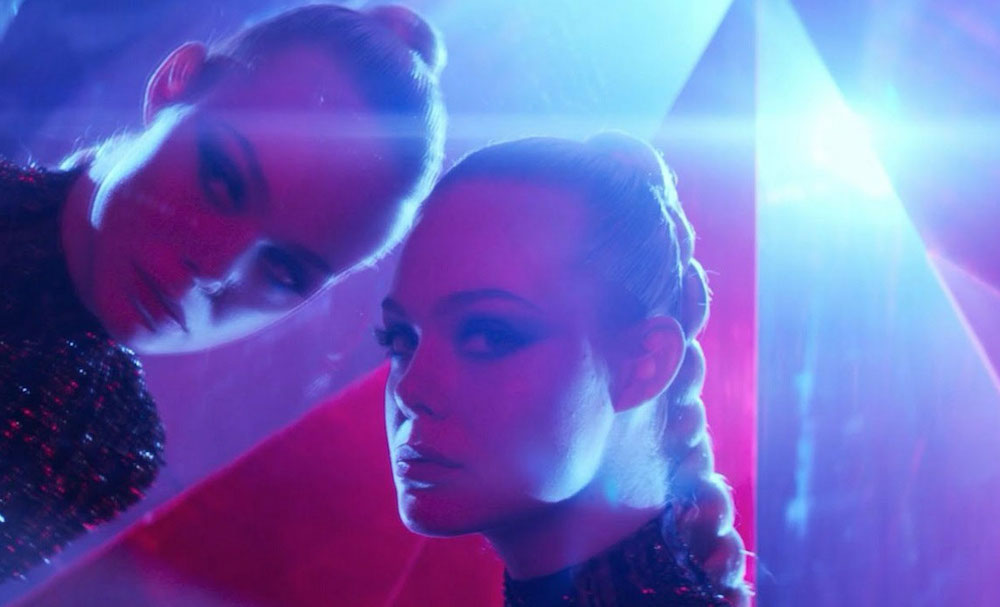 I know you’re a fan of horror scores – were there things you knew to go for just from being a fan?

I’m pretty shameless about “paying homage”, or ripping off people’s music. I generally have a recipe for doing that safely, which is if you appropriate ideas from more than one place and combine them, it kind of passes for something original. Like the fight scene in Only God Forgives is Ennio Morricone, Philip Glass and Bach. You put those together and it’s like, “Oh! that sounds like something fresh.” But that didn’t really happen for Neon Demon. Nicolas and I talked about Goblin and Dario Argento, but I didn’t really study anything closely, I just like the vibe of an aggressive rock band approach in certain instances. So I feel like I was kind of untethered from any strong influences. He temped the film top-to-bottom with Bernard Hermann, which I disregarded completely – and normally a temp score would have a couple things I’d want to shamelessly rip off.

What is it you enjoy about horror scores?

Well, it’s sort of a 21st century preoccupation in music of sound for its own sake. In the Romantic period and the 20th century harmony got explored, and now people are just exploring sound for its own sake because everything is digital and it can be manipulated in ways it never could before. So I hear some of the most adventurous, sound designer-ly music that seems to be happening a lot more in horror-type scores. Also, horror is the stuff that sounds more like modern 20th century symphonic music – it’s the only stuff that references Stockhausen or Penderecki or Ligeti. That stuff doesn’t go a long way in your romantic comedies or any place else, but it has a home in horror movies. Plus you can dispense with those pesky restraints of melody and harmony, which I think is kind of refreshing. 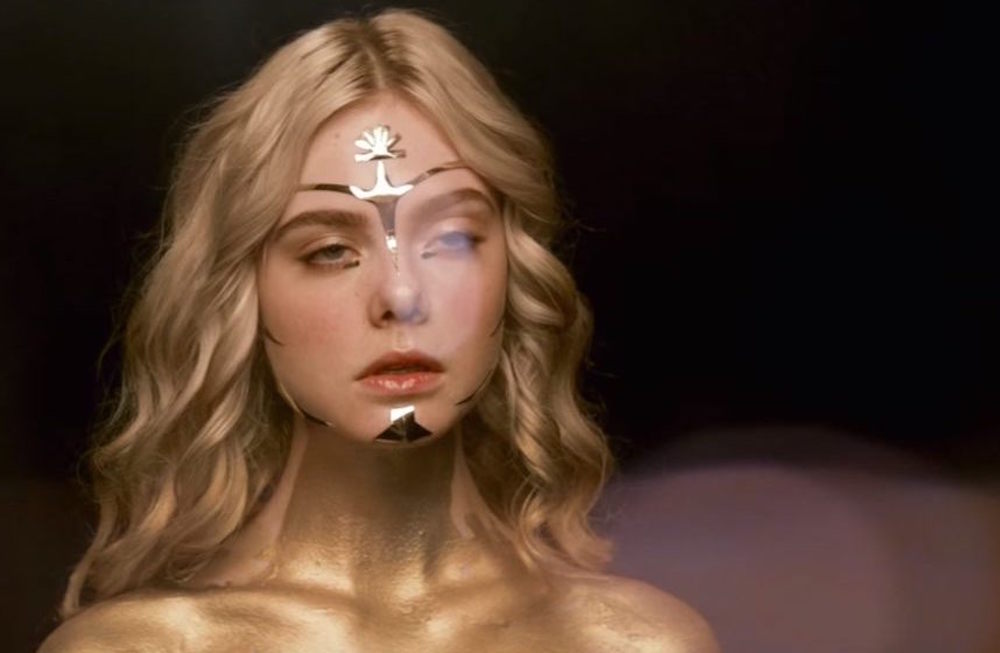 “Not having the time to second guess yourself can be a blessing, but other times you might just crash and burn”

Earlier this year I interviewed Ryuichi Sakamoto and one of the things that really stood out to me was the idea that “the first impression is the best impression”. When you went in, what was your first step?

But Neon Demon, I’ve probably been thinking about it for a year. It started with Nicolas talking to me about it on the phone and then sending me a script, so I had a lot of time to work on it. Sometimes I think having that time and being able to rethink things and redo things and sculpt things meticulously gets a better result too. I don’t know what the ratio of first impulses is to the quality of the music. I think they both have their own advantages. Sometimes a little paranoia is a good propeller. Not having the time to second guess yourself can be a blessing, but other times you might just crash and burn.

This is your third collaboration with Nicolas. How do you feel the chemistry has developed with you two?

I look at my music history and the films I’ve had the most fun with and the scores I’m most proud of, and they tend to be the ones with Nicolas and Soderbergh, and I think it’s for that reason. Monogamy has its advantages – you get to know someone real well, you know what they like, they know what you can do and in some ways they’re creating a canvas that’s tailored to your abilities. So that’s why the stuff seems so good. I was really proud of The Knick, that was a high point and that’s what 25 years with the same director can accomplish. Now this third film with Nicolas, I feel this is my best score with him too.

Do you see your relationship moving on that track where you have the same sort of psychic thing going on that you’ve talked about with Soderbergh?

With Nicolas? Yeah, it’s happening already. I had this idea — sometimes I think of music in visual terms — and I kept thinking about the musical equivalent of glitter and sparkles, not having seen the end credits or the front credits. Later in this process, after working on this sound idea, I saw the opening credits with all that glitter and thought, “Okay, there’s the telepathy at work.”

The Neon Demon is out now in theaters. The soundtrack is available via Milan Records.