Dear Esther: How composer and co-creator Jessica Curry is rethinking video game music for the better

Award-winning composer Jessica Curry not only heads up the development team behind acclaimed indie games Everybody’s Gone To The Rapture and Dear Esther, she also composes the games’ unique, haunting scores. This autumn, a remastered version of Dear Esther is being released on Sony’s PS4 system, and Curry is gearing up for a special performance of the soundtrack at the Barbican in London. Lewis Gordon finds out the inspiration behind Curry’s distinctive soundtracks.

“I thought all games were like Dear Esther.” This is what Jessica Curry, head of independent development company The Chinese Room and the game’s composer, told me the last time I spoke to her. Dear Esther was originally released in 2008 as a free to play mod for Source, the game engine behind Valve’s acclaimed Half-Life 2. Four years later it was re-released on Steam, and now, a further four years on, a remastered version is coming to PS4, Xbox One and PC.

Anyone who’s played Dear Esther will know just how different it is to other video games, contrary to Curry’s belief. The game was revolutionary upon release, eschewing traditional notions of interactivity – shooting, jumping, climbing, driving – in favour of something more streamlined. You walk across a Hebridean island as the sun is setting, the purple grey of the sky bleeding into the heather, the native flora kept close to the ground by the bracing coastal winds. You come across abandoned structures where the rotten wood splinters, exposed to the elements by crumbling stonework. You encounter magical, dreamlike occurrences – an armada of miniature paper boats or the lit candles that litter the landscape. And as you walk, a story is told by a weary voice, a ghost story of sorts.

The game itself grew out of a PhD thesis by Dan Pinchbeck, Curry’s husband and co-head of The Chinese Room, which looked at “story as a function of gameplay in first person shooters” to consider what happens if you take shooting out of a game. Despite its academic origins, the fruition of his research in Dear Esther creates an emotional resonance for the player rarely found in video games. But while Pinchbeck was deliberately reacting against accepted gaming norms, Curry’s score is an unfiltered reaction to Pinchbeck’s idea. “I hadn’t played a game in my adult life before I wrote the music for Dear Esther, so I wouldn’t have known what I was kicking against,” she says. “I’m such an emotional person, I’m such an emotional writer. It’s always that visceral response.”

At the time the couple had just had their first child, and Curry remembers the experience as a way to reconnect with her passion after a lot of time away from writing music. “It’s very difficult to explain to men but I think you probably hear it from a lot of women,” she says. “You subsume yourself in your new child, especially with your first child, and you lose something of yourself, especially if you’re an artist or a creator. Esther is such an outpouring and a celebration of writing again, so I think that was more important for me than what I was doing.”

At certain points in the score you can almost detect that sense of release, as piano keys are hammered with increasing intensity on ‘This Godforsaken Aerial’, but generally the music is slow, matching your steady trudge as you explore the landscape. The score is also exceptionally quiet, often taking backseat to the visuals to allow the player to take in their surroundings and the story.

“I wanted there to be lots of silence,” Curry says. “Of course, not true silence, but very minimal sound, with the sound of the sea and the sound of the wind. I wanted the player to feel alone, and music’s very good at making you feel not alone.” Working as both composer and sound designer allowed Curry to finely hone the audio experience, with her score interwoven with the sounds of the landscape. “It was an exercise in minimalism, not particularly of music, but of lack of music at all.”

Her use of drones also helps create the atmosphere of a lonely Hebridean island and the claustrophobia of inhabiting a single outcrop alone, with no clear route to escape. ‘On The Motorway’ throbs almost imperceptibly, with the wolf notes of the violin cutting across the soundbed. “I got the string players to play in a way so that there was no vibrato, so you had that Scottish sound,” she explains. “I was [also] very inspired by Fargo. Carter Burwell’s score for that is just fantastic, and uses that almost medieval string sound.” 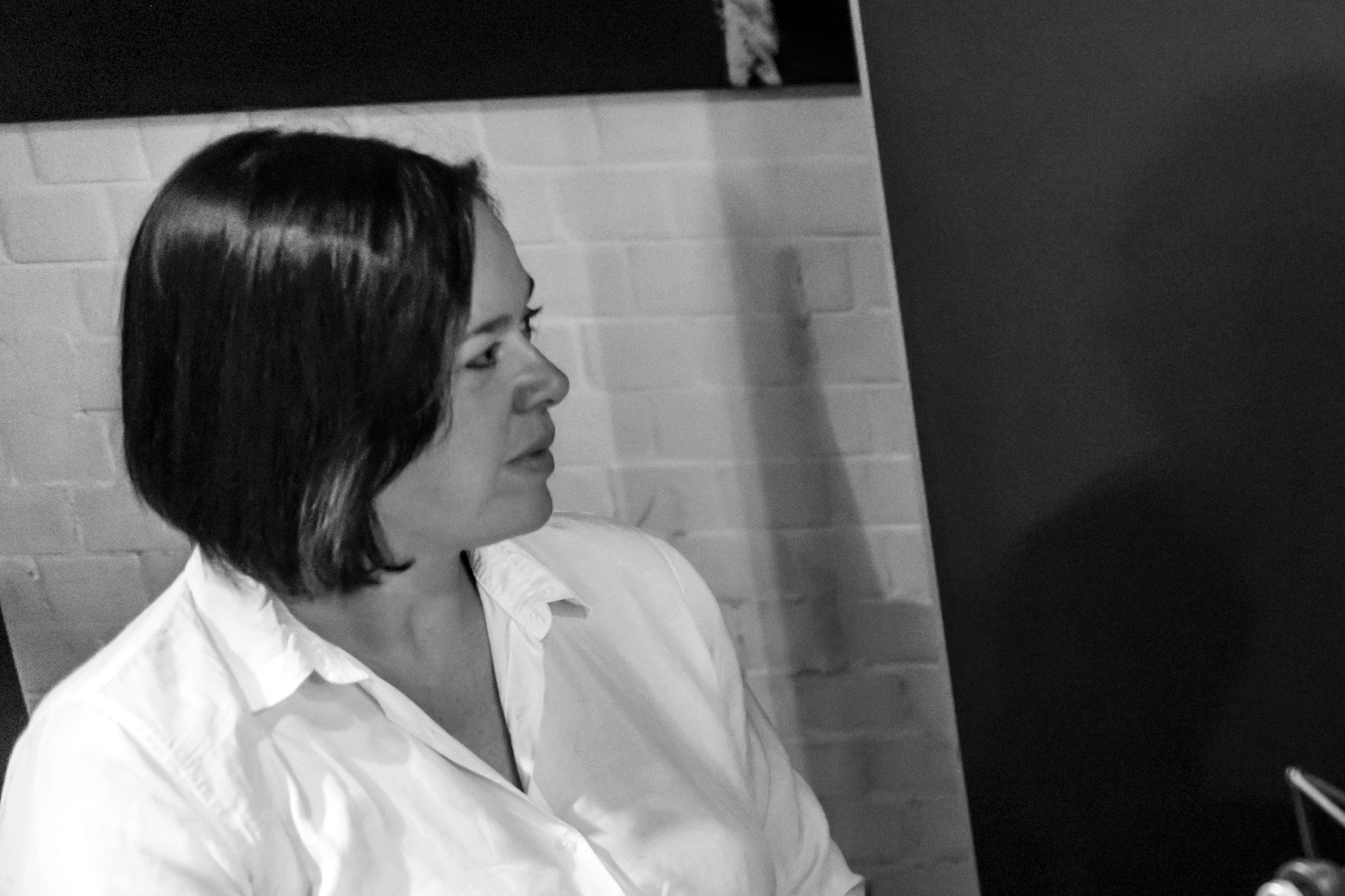 “I hadn’t played a game in my adult life, so I wouldn’t have known what I was kicking against”

Dear Esther emphasises the experiences the players themselves can bring to the game. “You’re allowed to place yourself in the world as a layer of the experience,” Curry explains thoughtfully. “And often, interestingly for me, it’s about psychogeographical space, which is what we do completely. It’s that sense of presence and putting someone into a place and their psychological journey through it.” That theme runs not only through Curry and Pinchbeck’s released video games but also the projects that predated the foundation of The Chinese Room. One project from 2009, The Second Death of Caspar Helendale, was a funeral that took place in the virtual online world of Second Life. As the audience watched a stream of the funeral in The Royal Opera House, online participants heard Curry’s live music streamed back to them in the game world.

And death, it seems, has a habit of following The Chinese Room from project to project. Everybody’s Gone To The Rapture, released on PS4 last year, was set in a post-apocalyptic version of Shropshire, a county in the west of England. Yaughton, the village you explore, is perfectly preserved but totally empty of people, save for you and the memories of its inhabitants. The game is set in the 1980s and Curry initially crafted a score to match the period.

“I started off with this ‘80s soundtrack which everybody absolutely loved, [a] kind of Vangelis, full synth [piece]. Theoretically it should have worked, but then you see the amazingly timeless world that the artists and Dan and the designers built, and it was just never going to fit.” L.P Hartley’s novel The Go-Between became crucial to her understanding of the project, particularly the famous first sentence: “The past is a different country, they do things differently there.”

“The moment I got it was when I realised that the world has ended by the time you even start in the game,” she explains. “So I was always scoring the ghost of the world, not the world itself. It was the remembrance of the world.”

With the re-release of Dear Esther and a live performance of the game’s soundtrack set to take place on October 14 at the Barbican in London, Curry is now due to undergo a similar process of remembrance, although hopefully a more celebratory one. The performance will see musicians playing Curry’s score while Pinchbeck plays the game. “He becomes almost an instrumentalist in his own right because he’s guiding the experience – he’s almost like the conductor.”

In addition, actor Oliver Dimsdale will be narrating the game as it’s played, a voiceover originally provided by Nigel Carrington. “[The narration] is another layer for me,” says Curry. “Like we were saying about these layers of experience, I think it’s going to be unrepeatable and there’s something really special about that.” For Curry, the performance represents another stage in the acceptance and understanding of video games by established arts institutions. “I’m so grateful to them for taking a punt on it because there’s so much snobbery in contemporary music venues about game music. They’ve opened up their hearts and minds to this project.”

Through revisiting Dear Esther for the performance, Curry has also had the time to reflect on her own contribution and acknowledge the team’s achievements in producing such a unique and haunting game. “It’s not often that I compliment myself or ourselves as a team, because it’s deeply unattractive, but I think we made something really special and really new,” she concedes. “I think it was groundbreaking, actually.”

Read next: How 65daysofstatic scored the most anticipated game of the year, No Man’s Sky