The HyperDrive replaces your missing USB ports in one compact hub.

Apple upset musicians last year by removing traditional USB ports from its new MacBook Pro, but a new adaptor that’s looking for funding on Kickstarter could be the solution to the dongle woes of producers.

The HyperDrive, from San Francisco company Sanho, is an all-in-one hub that plugs into two of the laptop’s USB-C ports and provides two male USB-A 3.1 ports, SD and micro SD slots, HDMI output, a Thunderbolt 3 and a USB-C port.

There are other hubs and adaptors on the market that open up the MacBook Pro’s connectivity options, but Sahno claims the HyperDrive is one of the fastest, using its two USB-C connections to reach data speeds of 50GB per second (most dongles run at USB 3.0’s 5GB per second). 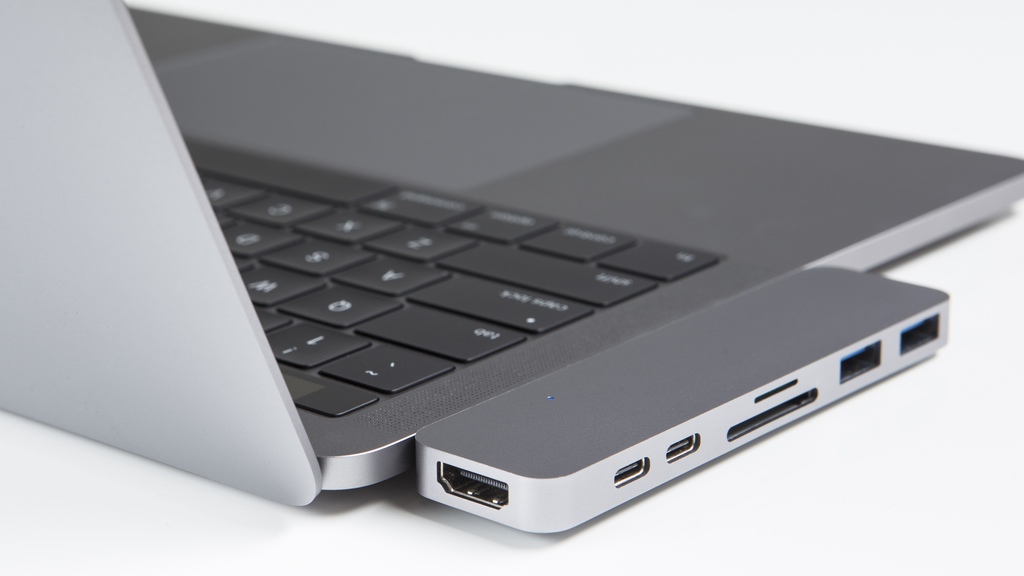 Sanho’s adaptor isn’t the most elegant solution to Apple’s decision to remove everything except the headphone jack and replace it with USB-C ports, but it looks a lot tidier that the different dongles Apple suggests using as an alternative.

However, while Sanho’s design manages to replace almost all of the connections seen on Apple’s previous MacBook Pro model, it doesn’t do anything about the prohibitively high price of the new laptop, which starts at $1,499.

The HyperDrive is currently available to back on Kickstarter, where it costs $69. Sanho has already smashed its target of $100,000 in funding, raising over $1,300,000 with a week to go. [via Ask.Audio]

Read next: What musicians need to know about Apple’s new Macbook Pro