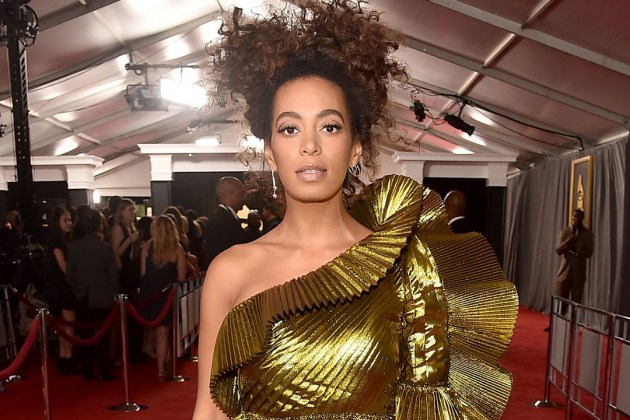 “Create your own committees, build your own institutions.”

Solange and Beyoncé both took home Grammys last night, but Solange is still feeling Beyoncé’s Album of the Year loss and took to Twitter to point out some disparities between who appears at the Grammys and who actually wins there.

In two tweets that have since been deleted, Solo wrote: “There have only been two black winners [at the Grammys] in the last 20 years for Album of the Year. There have been over 200 black artists who have performed.” She concluded: “Create your own committees, build your own institutions, give your friends awards, award yourself, and be the gold you wanna hold, my Gs.”

Beyoncé’s Lemonade won the honor for Best Urban Contemporary Album, but lost to Adele’s 25 for Album of the Year. Adele said in her acceptance speech: “What the fuck does [Beyoncé] have to do to win Album of the Year?”

Read next: Frank Ocean to the Grammys: “You know what’s not ‘great TV’? 1989 getting album of the year over To Pimp a Butterfly”