Hyve, a unique touch synth that resembles the classic Buchla Music Easel, has launched on Kickstarter.

Hyve was first shown off by inventor Skot Wiedmann in 2015, but the 60-note synth is now available to pre-order from the crowdfunding site for $299.

The synth is split into two sections, a piano keyboard and hexagon grid that can both sense pressure as well as horizontal and vertical position. The design allows you to sweep through octaves and combine them harmonically, as well as push the sound left and right in stereo and pitch bend the notes. 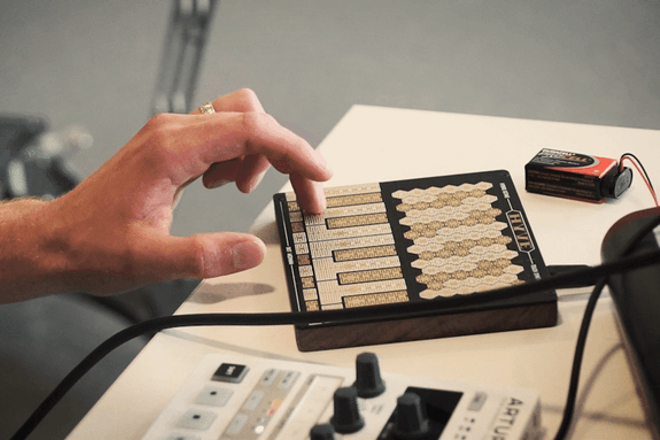 The hexagon grid puts notes that sound good with each other side by side, meaning that one finger can play a chord, then slide to the next chord. As the Kickstarter explains, Hyve has been designed to be accessible to everyone, no matter what their musical ability.

Hyve is powered by a 9V DC connection, while sound is transmitted via a 3.5mm stereo headphone jack. You can buy it for $299 ready made or in kit form for $79 or £149 from the Kickstarter page.

The synth only launched this week, but it’s already smashed its target of $20,000. It’s expected to ship in September 2017.